Die by the blade draws its an inspiration from legendary games like Bushido Blade, Way of the Samurai and Dark Souls. It is a low HP skill-based fighting game with a strong focus on the precise combat system. The game will have samurai punk art style merging cyberpunk-ish aesthetics with samurais. One hit kill system and emphasis on parry and counters will leave no space for mistakes.

Post feature RSS Our Prototype is a Success, Now what?

Our upcoming title Die by the Blade, was first introduced to the public at Tokyo Game Show last year. It received immediate attention from the attendees! As you probably guessed from the title of our game, it is a sword-based combat fighting game which even we were shocked to find such high demand for. For the first time in our careers, we had a prototype of a game that had queues of players waiting to try it out! But is it enough to take a risk, to bet on some experience from the game show?

Look behind the scenes of Die By The Blade, upcoming samurai punk sword- fighting game

Our Prototype is a Success, Now what?

Our upcoming title Die by the Blade, was first introduced to the public at Tokyo Game Show last year. It received immediate attention from the attendees! As you probably guessed from the title of our game, it is a sword-based combat fighting game which even we were shocked to find such high demand for. For the first time in our careers, we had a prototype of a game that had queues of players waiting to try it out! 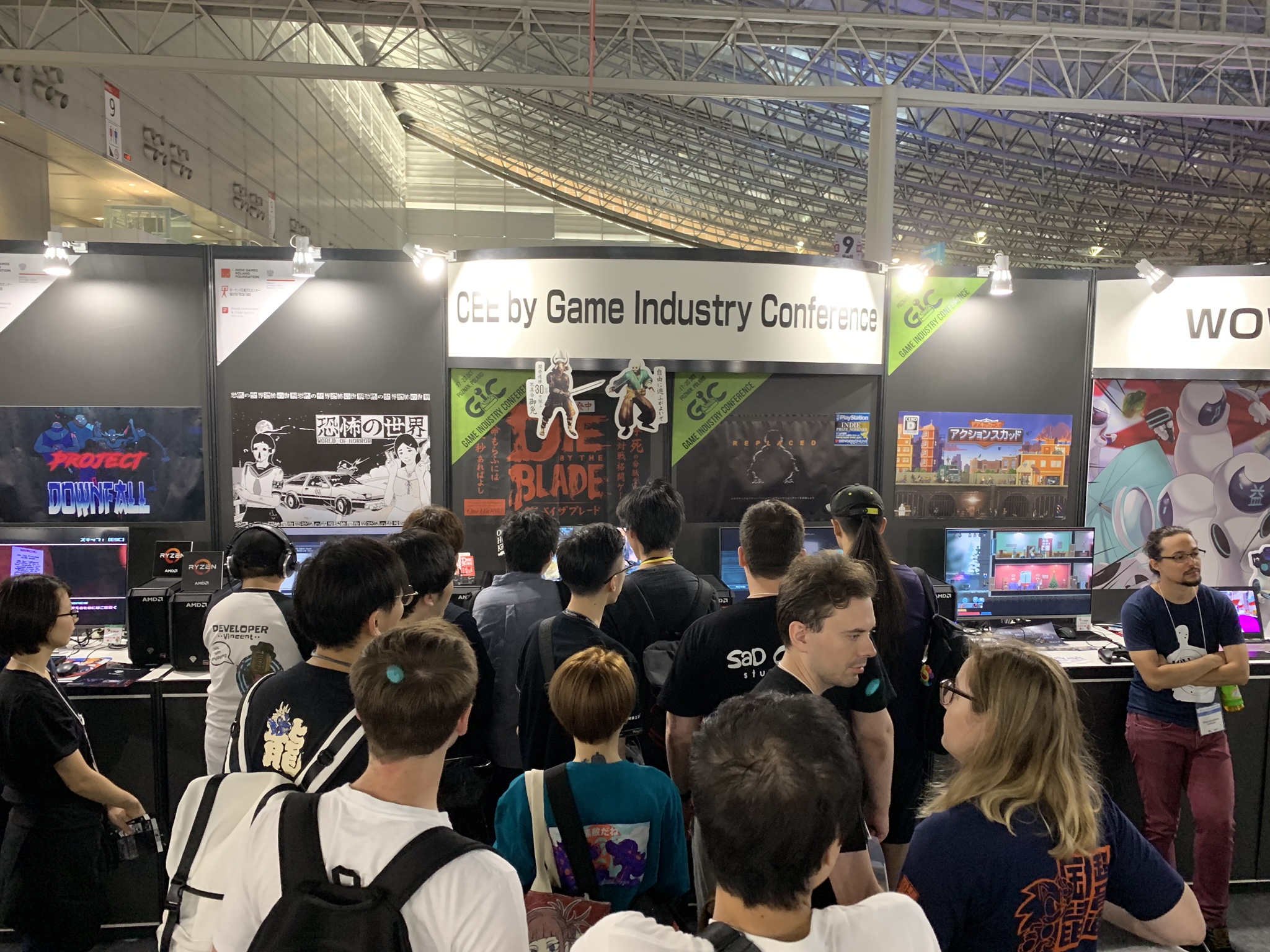 On one hand, it is a great feeling for you as a designer, but on the other it makes you think why your previous games did not get as much attention. I suppose that accessibility has to be a factor here. The fact that your audience can simply grab a controller and immediately begin to enjoy your game is a direct sample of accomplishment. There is beauty in simplicity, and it seems that it applies two-fold to public game presentations. 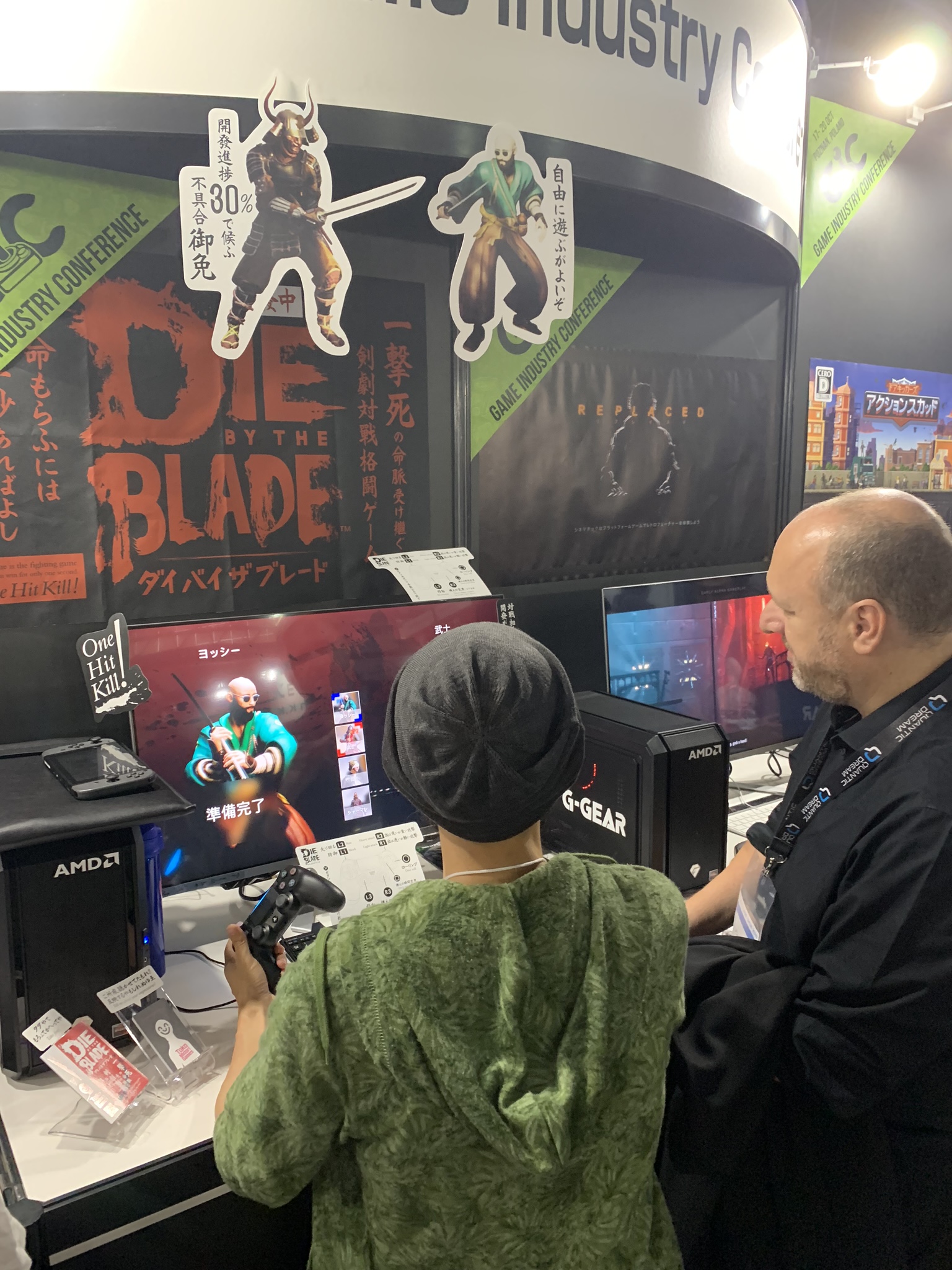 Check out our upcoming game and subscribe for more news! Dbtbgame.com

Can we assume that based on our reception in Tokyo, our new game is going to be the massive hit we have been dreaming about? Well, of course not. Nevertheless, we might say that it worked as a test which proved that our project has some potential. Now we need to focus on making sure we can deliver what our new fans are waiting for.

The Die-By-The blade is inspired by the PlayStation 1 era franchise called Bushido Blade. As a spiritual successor, there are additional burdens into ensuring that previous fans of the old games can find the connection. To this day, Bushido Blade has maintained a cult status among Japanese gamers so satisfying hardcore fans while giving the game a new look/updated feel is our main challenge. We want to deliver high-quality characters, camera, dialogues, and gameplay to today’s gamers who are much more demanding than ever before.

Those who still remember the original game may even have what I call ‘’MacGyver’’ effect. When I was a small boy, I loved TV series MacGyver. I enjoyed that the main character always escaped problems by using his brain, not muscles. When I watched the series later as an adult, I found out that my memories were overly romanticized. Quality of current TV production is much higher (as well as my standards), and MacGyver simply loses when you compare it with some of the modern well-known TV shows. That feel of a great show that you watched as a kid is still there, however. I am not bashing a Bushido Blade here at all. My point is that any expectations of a sequel or spiritual successor might be quite high. Imagine that Valve would say that they are doing Half-Life 3. As a game designer of that game, I would be frightened since player expectations would be astronomical. I do not presume the same level of expectations of DBTB, but it is still somehow terrifying. 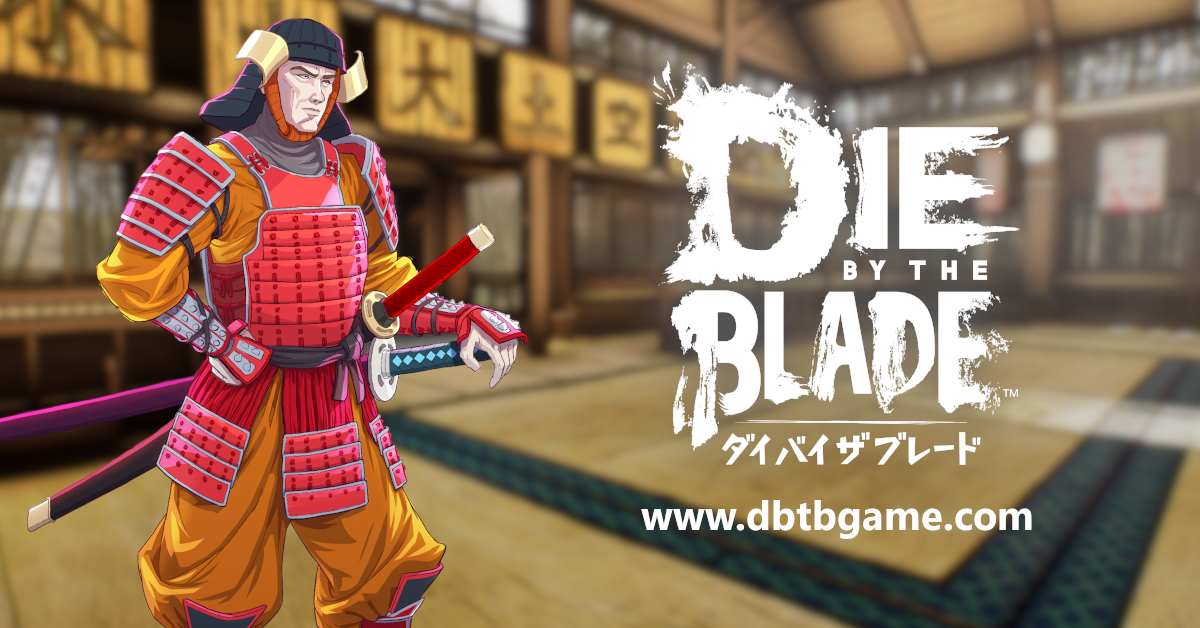 So, we are again standing on the starting line with a new game ahead. However, this time we are not alone. Die by The Blade is produced by a bigger team and there are more people who have a stake in the project. We hope that it will turn out to be a great game and opens the gate to new opportunities which will get our small studio to the next level.

This is the largest development project that I have ever worked on to date. The team is growing as a result and I am hopeful that we can deliver a great game which can expand our studio into new opportunities. Thank you for reading, and stay tuned to our social channels to keep up to date on Die by the Blade.