Dark Future: Blood Red States puts you in command of a team of hired road-mercenaries plying their brutal trade on the ravaged highways of mid America, 2023. The government barely functions as huge corporations hold sway in the cities, while the rest of the land slides into chaos. On the highways of mid America - aka The Big Empty - pollution, stagnation, catastrophic climate change and gang warfare has resulted in a post-apocalyptic nightmare. 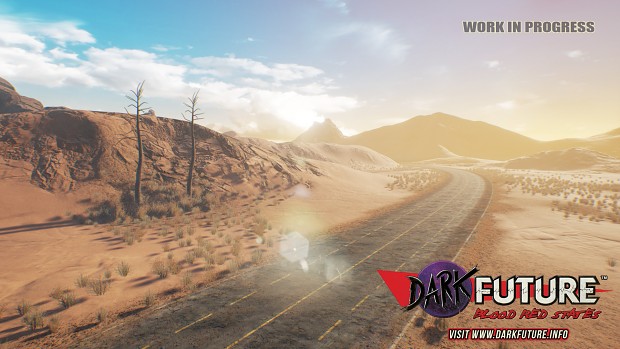