Ciel Fledge is a game about raising and managing your (adopted) daughter in a dying world. You are responsible for raising her over the span of 10 years. What she becomes entirely depends on how you raise and guide her. Will she be humanities savior? The villain that ends humanity? Perhaps it would be better for her to lead a normal life, oblivious of the dire situation the world is in...

A glimpse of the gameplay:

In summary, the game is inspired and taking gameplay elements from Princess Maker, Monster Rancher, and Idolm@ster.

Plan her schedule for the week and supervise her activities.

Sometimes she will go into conflict with others.

Hi everyone, it’s time for another developer blog. This time it’s my turn to write our current progress so far on the perspective of graphic designer and writer. In this devlog, I want to highlight one of the difficult aspect in this development for me, which is writing. The other two aspect, I will only touch it lightly from the grafix side, with further technical explanation I leave for the next devlog entry from the programmer (wltr3565).

With the writing of main story of the game complete, now I’m moving to write NPCs story. This is the most difficult things to write so far, with the game set over the span of 10 years, there is so much to put in consideration when developing each NPC story. People change, their ideas, their values, their appearances, this is what I want to convey into the writing. How to make them at least believable as human being that grows with Ciel. Her happy-go-lucky friend in childhood may become a bitter, vengeful adult over 10 years time, her uninteresting, stingy childhood friend may become the most altruistic person as an adult, and so on. Especially correlating NPCs character development with main story event is very stressful. So many things to synchronize and recheck to avoid plot hole. 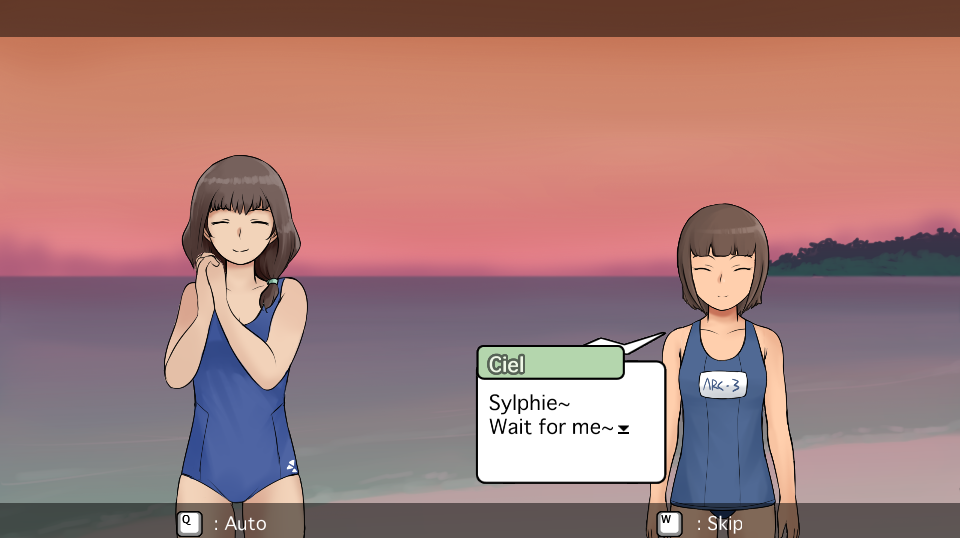 There is also a problem of NPC relationship level (shown with stars icon) with Ciel, which you can already see in the current playable demo as the separate tab in the focus tree. At first I want to tie characters cut-scene and event with how close Ciel is with the NPCs. But I realize with how the time passage in the game works, this is not viable. An NPC event/cut-scene that must happen in Ciel’s childhood chapter may be postponed into her teen or adult chapters if the required relationship levels aren’t reached yet, and when this event/cut-scene happen outside of childhood chapter, the context and correlation with what’s currently happening in the present will get unbelievably messy. 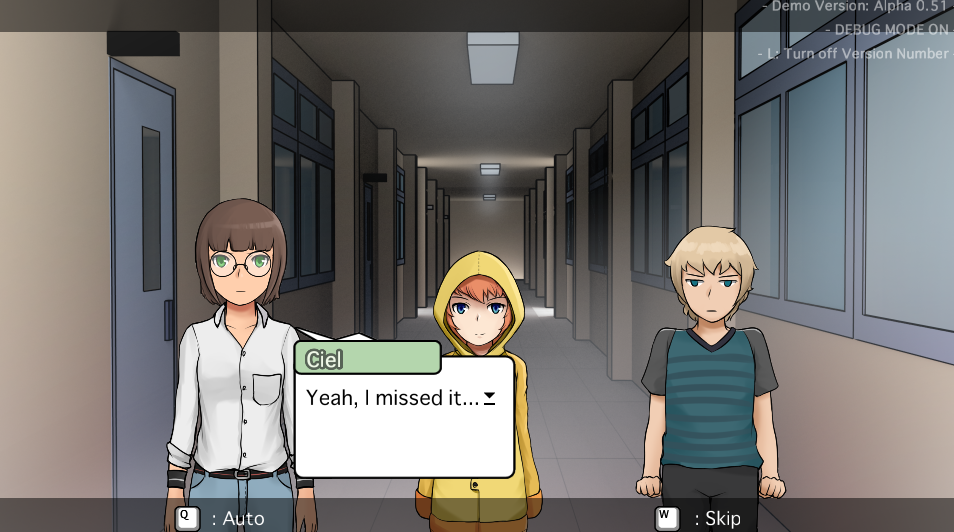 Thankfully we have resolved such problem with new system that is currently in the implementation phase. In a nutshell, NPC related story event and cut-scenes will be tied to each chapter, it will no longer have the steep requirement of leveling (read:grinding) characters relationship level, instead you only have to do a simple objective on the focus tree to unlock the cut-scenes. The event will still fire regardless to avoid plot hole if you choose just to ignore the simple objective, but you may miss the reward incentive that you may get if you do the simple objective. Character relationship level will now tied strictly to NPCs power in battle and to unlock battle technique which I will talk about below.

Battle technique is that little neat three icons in a column in the battle interface, with so little explanation on what it do and how to activate it. I realize that along Exploration, Battle Technique, or just Tech in short, is one of the many aspect of the game that is very obscure. I can’t really explain it in this blog since tech (and exploration) is programmer territory (wltr3565) but its function is similar to special attack for Ciel. You can unleash this “special attack” to help her in battle.

To acquire this battle tech, among many things, increasing NPCs character level is one of the ways.

Aside of battle tech, there is also addition of morale, deck switch button and NPCs auto attack in battle. I think the best short explanation can be seen in the mock video below, with caption from our facebook post. The previous screenshot in-action! With working deck switch and you can see that the NPCs will also help by auto attacking the enemy without the need to “clicking” their portrait to trigger their attack. Every NPCs have their own signature auto-attack. Juno will tackle the enemy, Becky shoot with her “wolves”, and Sylphine passively healing Ciel’s HP (each auto attack gfx not implemented yet).

Exploration is finally getting the love. This past few weeks, I have completed all the background images for each exploration stage, with improvement in some of them thanks to the suggestion from our discord users, many thanks to them! Here are moving gifs of some of the stage (two of them is using placeholder intro sprite movement).

Exploration will also get an overhaul, but the detail I will leave for the next devlog entry.

Thank you all for reading, see you in the next devlog!

[Ciel Devlog #24] Traits with a Grain of Holidays

This 24th Devlog details various things that have not been explained since the alpha 0.4 demo, from damage numbers, new indicators, and a brand new mechanic...

The 26th Devlog details the progress of the story implementation and many things. The progress includes Voice Acting progress and new Backgrounds.

In this 25th devlog entry, we talked about what happened on the development side during the month of the kickstarter campaign for Ciel Fledge and the...

The remaking of cutscene backgrounds and implementation of calendar system.

Ciel Fledge Alpha 4 demo. This demo will represent a release candidate for the full version of the game with almost all the UI elements fixed without...

Ciel Fledge alpha 4 demo.This demo will represent a release candidate for the full version of the game with almost all the UI elements fixed without any...

Raise your adopted daughter in 10 years as the fate of mankind hangs in the balance in this raising simulation game.

Once Upon an All Hallow's Eve Realistic Sim