A hack and slash action RPG set in a world and time where all the evils are defeated, the loot looted, and the quests completed.

In this world, the long-dead Heroes of Old are forever remembered and honoured through a great magical device. This device, known only as the Chronicon, is capable of opening a portal into the memories – the very souls – of the Heroes of Old. Each year, a handful men and women are given the great honour to re-live the old tales.
This year, you have been chosen…

And major is what it is. This update adds the much anticipated third act, Castle Clairebourg, an inventory and equipment overhaul, almost a hundred new items, puzzles, and over 200 changes and fixes. That's a lot of content!

I've put together a little announcement video that you can watch below, or read on for more information!

Chronicon is now also on sale to celebrate the update! Steam Page

This update took soooo much longer than I planned, but it also turned out so much better!
I've added some experimental more linear areas and special events, such as puzzles that must be solved to carry on, and triggered small cutscenes. They are slowly introduced throughout Act 3, so they should be tricky but solvable without getting a headache :-). 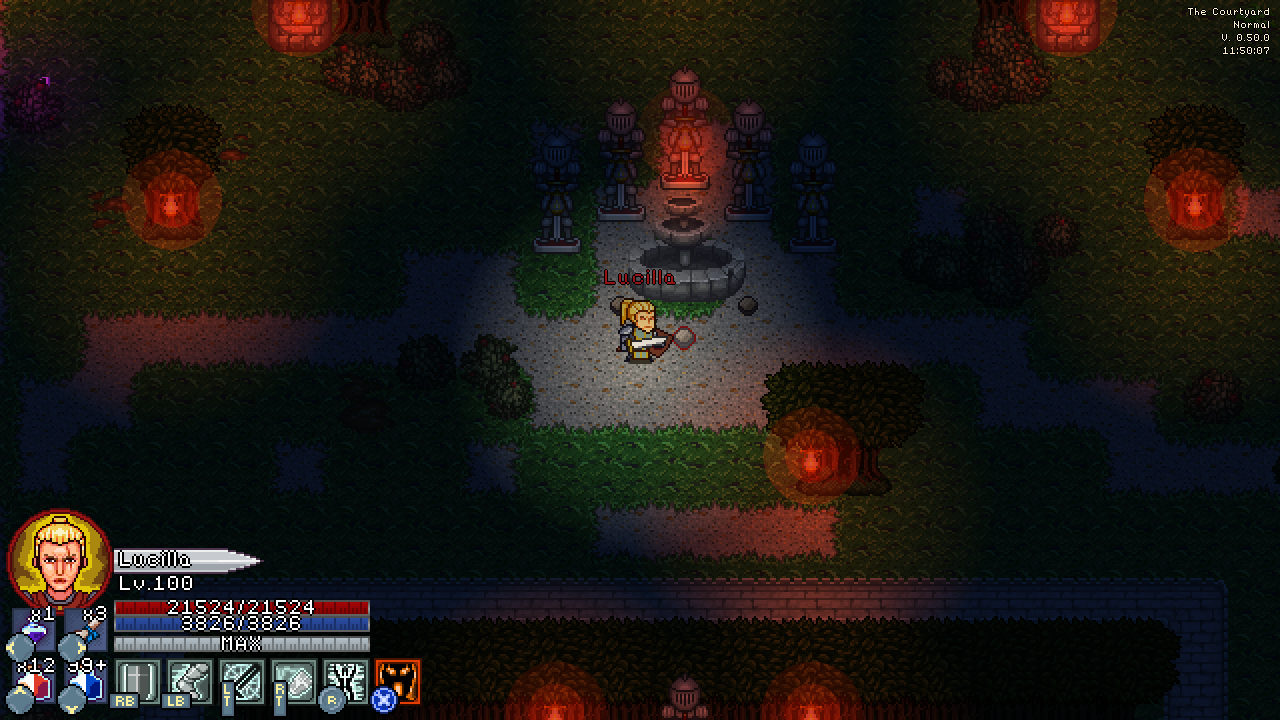 There's also the random and optional "Crystal Puzzles" that can spawn pretty much anywhere in the game, old and new content. These vary between 3 different types of puzzles, two which are pretty easy, and a third which requires some more effort and thinking. All of these award you with a chest full of loot upon completion!

I also took some time to update the classes a bit, by changing many passive skills and active skills that leave damage over time effects on foes. This is because the game now has a new buff & debuff system, allowing you to stack up effects like burning and poison on foes! This also makes some of the previously multi-target builds viable for single-target damage as you now can stack their effects.

The Templar received some extra love, as her Physical-oriented skill tree was lacking in comparison to her other. Many of her skills have been updated, and she even gained a new one!

In addition to that, equipment has been largely updated, providing 9 new item types! These include for example Shields, Arrows, and Boots. All of these were considered "accessories" before, but now Boots have their own slot, along with Rings, and Amulets, and Shields and Arrows go into the new "Offhand" slot, along with a bunch of other items like Spell Books. The types also let me differ the stats and enchants rolled, meaning Shields will roll a very large amount of Health, but very little damage, in comparison to an Arrow.

There's also over 30 new enchants, adding new special effects such as "on kill", "on crit", "on low health", and more!

On top of that, I've changed how items are named based on their enchants. Enchants can now stack up, rather than listing twice, and this adds a more powerful sounding affix to the item name. For example an item rolling two +Holy damage would just be called "of Light" previously, as it does with one +Holy damage enchant. Now, it will be called "of Divinity" with two enchant rolls, to emphasize the large stat gain!

Speaking of affixes, I've quadrupled the number of affixes on items, with the new enchants and the double effect affixes. Pretty cool if you ask me!

The inventory now looks much, much better, too. And it has slots for bags so you can expand it up to double size!

If you're interested and want to follow Chronicon closer, do not hesitate to follow the project here on indieDB, or check out some of my other outlets!

Chronicon Out on Steam!

The game is now released on Early Access! Thank you to everyone who has supported me!

Third devlog of Chronicon, here I take a closer look at the Templar class and some recent changes...

I must say it looks amazing. Awesome pixel art. Are you working alone on this?

Thank you! A friend is helping me out with the majority of pixel art, and I've had a professional compose some ambient tracks for me, otherwise it's just me :)