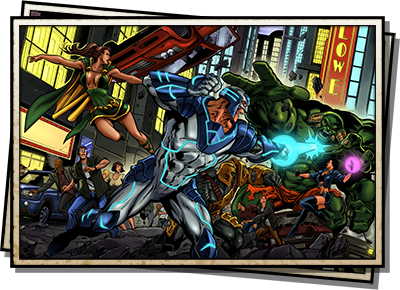 Brains Required: Every enemy and super-powered threat in Champions Online has its own unique abilities and combat specialties. Use your head - or wind up dead!

Bring Friends, Make Friends: The Champions universe is jam-packed with thousands of heroes, facing thousands of threats. Join up with other heroes, create your own superteam, and prepare to take on the ultimate threats! 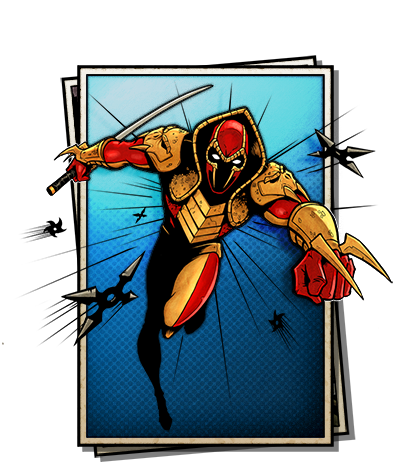 Be The Hero You Want To Be

Total Customization: Choose from thousands of different costume pieces, colors and body types to create your character's one-of-a-kind costume and look. There are billions of possible combinations, and in a universe brimming with the fantastic and the unforgettable, you can still be completely unique!

Your Powers, Your Terms: There are a multitude of astonishing powers to choose from in Champions Online, and its flexible character creation system gives you total control over your hero's abilities. You can even pick the appearance of your powers. Do you want purple force fields? Green fire blasts? Jet black claws? In Champions Online, you decide!

Keep Your Enemies Close: Every hero must have an archenemy. In Champions Online, you design your character's supreme adversary, choosing a name, powers and costume for a superpowered foe to bedevil your hero throughout his or her career.

Bigger and Better: Vanquish evil and your successes will be rewarded with costume pieces to enhance your powers and abilities. Then customize the appearance of those rewards to your vision of your hero's look and abilities! 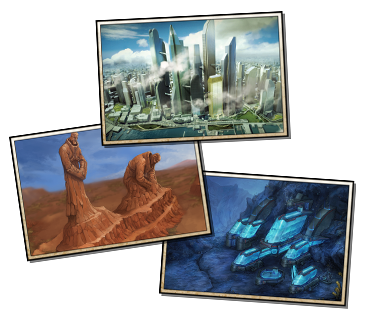 Endless Exploration: The battle against evil in Champions Online rages across the world into outer space and alternate dimensions. No other MMOG offers players the chance to explore such diverse realms - from the shining skyscrapers of Millennium City and the frozen wastes of Canada to the hidden underwater city of Lemuria, the foul mystical dimension known as Qliphotic, the burning desert, and the mysterious Vibora Bay.

Evil Most Foul: Battle supervillains, aliens, giant monsters and secret, sinister organizations. Doctor Destroyer is launching new plans to conquer the world. VIPER lurks in the shadows, seeking chances to strike at humanity. The ancient Lemurians are plotting a return to power. And Mechanon won't stop until it has wiped all organic life from the planet. Can you stop these heinous threats to humanity?

Make Your Mark: The story of Champions Online is constantly changing, continually evolving. Villains are defeated. Heroes rise and fall. Cities transform. Your actions may decide the future!

To promote Champions Online and grow its popularity (top games), use the embed code provided on your homepage, blog, forums and elsewhere you desire. Or try our widget.

3571 The Game is a 3D procedural apocalypse simulator and a roguelike RPG survival: Craft weapons, build a base, recruit an army and beat the time of...

Fate has summoned you to the shores of Aeternum, the Eternal Isle. Overcome the brutal legions of The Corrupted and draw battle lines with competing players...

The Digital World, inhabited by the Digimon, is a virtual space created by network developers. The project was prepared by creating an island or a continent...

City of Heroes (CoH) is a massively multiplayer online role-playing game based on the superhero comic book genre, developed by Cryptic Studios and published...

This Grand Life is a financial life simulation game where you create a character, manage their money and help them achieve their life goals. Cruise your...

Myth Online is a fantasy MMORPG being developed by a single person using the Realm Crafter Engine. Players will be able to explore dungeons, fight monsters...