Jan 6 2013 News
Disclaimer: Playing Boxel in public will NOT score you babes!

Boxel had lag issues? Unbelievably, yes. The game runs off of a very intensive CPU-based library, so typically older devices have trouble posting visuals and calculations. There's a simple way to fix this problem...remove graphics.

Instead of switching to an openGL library, I decided to stick with the current system. Besides, it works great for most devices, why worry about the few right? Well... To subsidize the rare lag, I decided to make an option to decrease the graphics. On top of that, I managed to reduce the memory needed for certain bitmap textures so the game could run well in general. Furthermore, I evened out the background so that it looks like there are less objects with better placements. Here is what it looks like: 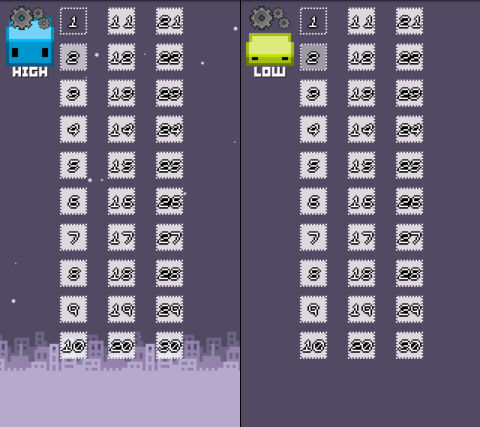 After many hours of testing, Boxel is now much more consistent for older devices. I played through the levels a couple of times on my Droid 1 and it runs like a hot knife through butter... with tiny rocks in it. It chokes up once in a while, but it that doesn't seem to bother too many people other than myself. I'm telling you, if your phone cannot run Boxel properly, it's time to get a NEW DEVICE! I only have the Droid 1 so that I can test and program games.

I managed to improve the contrast issues for some levels by tweaking the player's skin. Prior to this update, the last levels had a dark blue background so it was difficult to see the player jump. The player skin now automatically switches to white for these levels; making the game a bit easier to play. Here's a pic: 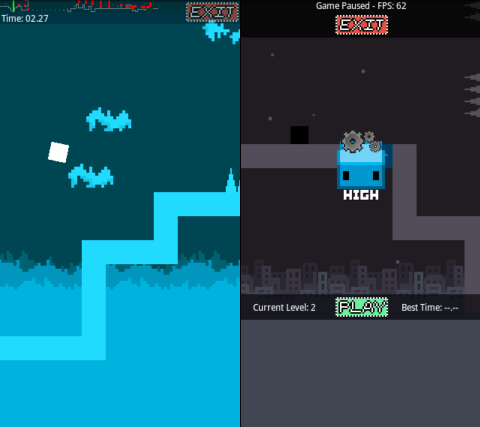 That's all for this update. It doesn't seem like much, but optimizing can really eat up time. I hope people with older devices can play the game a bit smoother. Thanks for reading and have a good year!

I recently decided to make Boxel completely open source. Hopefully this can act as a guide for new Android game developers.

Enjoy all 30 levels for your android device for free! After many long hours of editing and bug fixing, the game is now fully functional and ready for...

You can create .bxl (levels) files with this tool. I created this to aid my production of Boxel levels. It's pretty fun to use!

How can I get the source code

Hi, I'm just posting to let you know someone ripped your game and reposted it as "Box Trot Runner".

Thank you for pointing this out! I reported them so it should be removed in the next week or so.

The game is finished, yet still marked as TBD?
Am I just lost here, or have you just forgotten to change it?

Definitely forgot to change that :D

I think he fixed it on the Nexus 7 because I just got is on mine and it works great. Awesome game, addicting and fun.

I'm glad to hear that it's working! I had to remodel the gui a bit to fit the play button on the screen, so it should work for all Androids now.