Blood Bowl is an ultra violent team sport, based on the Warhammer fantasy world. Build up your team with Orcs, Elves, Dwarfs and many other fantasy creatures before jumping into the bloodiest arenas! Blood Bowl was originally created by Jervis Johnson and Games Workshop in 1987. The board game, a parody of the Warhammer world and American Football, met with success in the 80s and the 90s. The world’s largest Tabletop Wargames company continues to sell the game's miniatures today. Also, its creator never stopped improving and enriching Blood Bowl’s game system and universe with several rule changes. Today, Blood Bowl remains very popular around the world thanks to a large community of players and numerous dedicated fansites. As for old Blood Bowl players, they have unforgettable memories of all the passionate games they used to play. Throughout the years, the original Blood Bowl game has earned a legendary status. 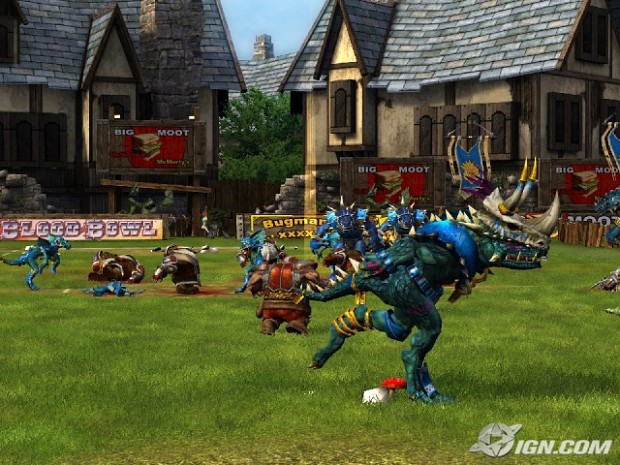