This time we have a lot of new stuff to show!

At last this critically needed feature has been added to the game, so a player can adjust graphics, audio and nickname settings.

We added time bonus block to the game, so an skilled player can catch them and get better times from the levels.

The game now has 15 unlockable achievements, which challenge the player to do all kinds of crazy things! 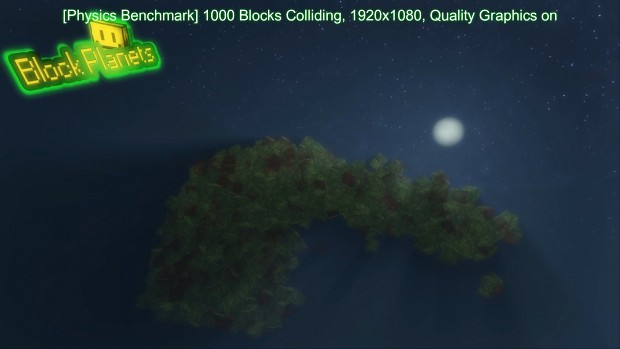 Well... I made it today to test my computer's GPU physics so maybe we include this to the game. The benchmark is fairly simple it just throws around 1000 rigidbody blocks, which all do have collision enabled and shows the FPS value. The player can change the resolution and graphics complexity from the settings menu.

I have completely rewritten the code of the game, which was actually made all in kismet to this point ( not good... ) and now it is a lot easier to maintain the gameplay mechanics and the game's performance has improved. Also many small visual effects have been added, like in the beginning the camera rises up from the fog compared to the last version where it just jumped up instantly. If you fail the level the whole planet falls down and explodes beneath you. The girl block now emits light shafts when you come close enough and so on.