Blair Witch Volume 1: Rustin Parr, the first of three games to take place within the fictional universe of the Blair Witch, takes its name from a character mentioned only briefly in the movie. Parr was arrested for the ritualistic murders of seven children in 1941. You play as Elspeth "Doc" Holliday, an agent for a secret government agency called "Spookhouse". She is dispatched to Burkittsville, Maryland to see if there is any truth to the claims of supernatural forces at work there. The game is technically also a sequel to Nocturne. Holliday was a minor character in Nocturne, with several other characters from that game also appearing in this game. 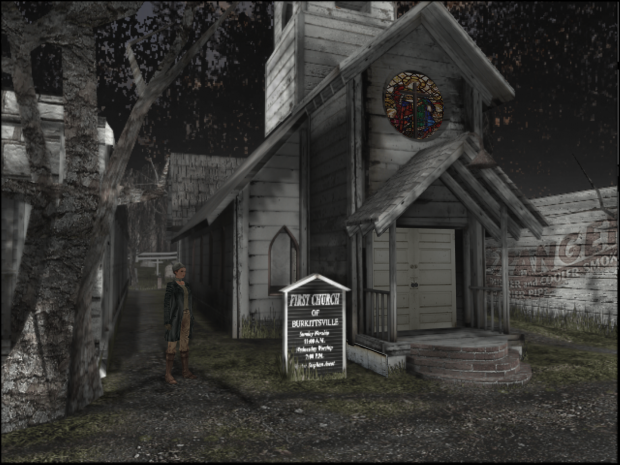