I set a goal at the start of 2018. The goal was simple, just make a game! Well in my own typical fashion I procrastinated all year long, doing the whole working / being a dad thing. So with a weekend left to spare I set out to make a short and simple game. Astrofight was born! It's a throw back to the old school space shooters, but with a Nazi zombie influence. The game is played out in waves, each wave gets a tad bit harder. You will find pickups that are randomly dropped from downed enemies and the loot portal that spawns between waves.

I recently began reworking the games main systems. The currently released version has enemy ships randomly spawn in the arena every round, and the round ends by defeating all of them. So the new idea I'm currently working on involves having spawner ships. These ships will spawn at the start of waves, and will have the ability to attack the player, and spawn smaller ships. Each wave will last until all spawn ships have been removed. I feel like this will make more sense and add some much needed depth to the game. 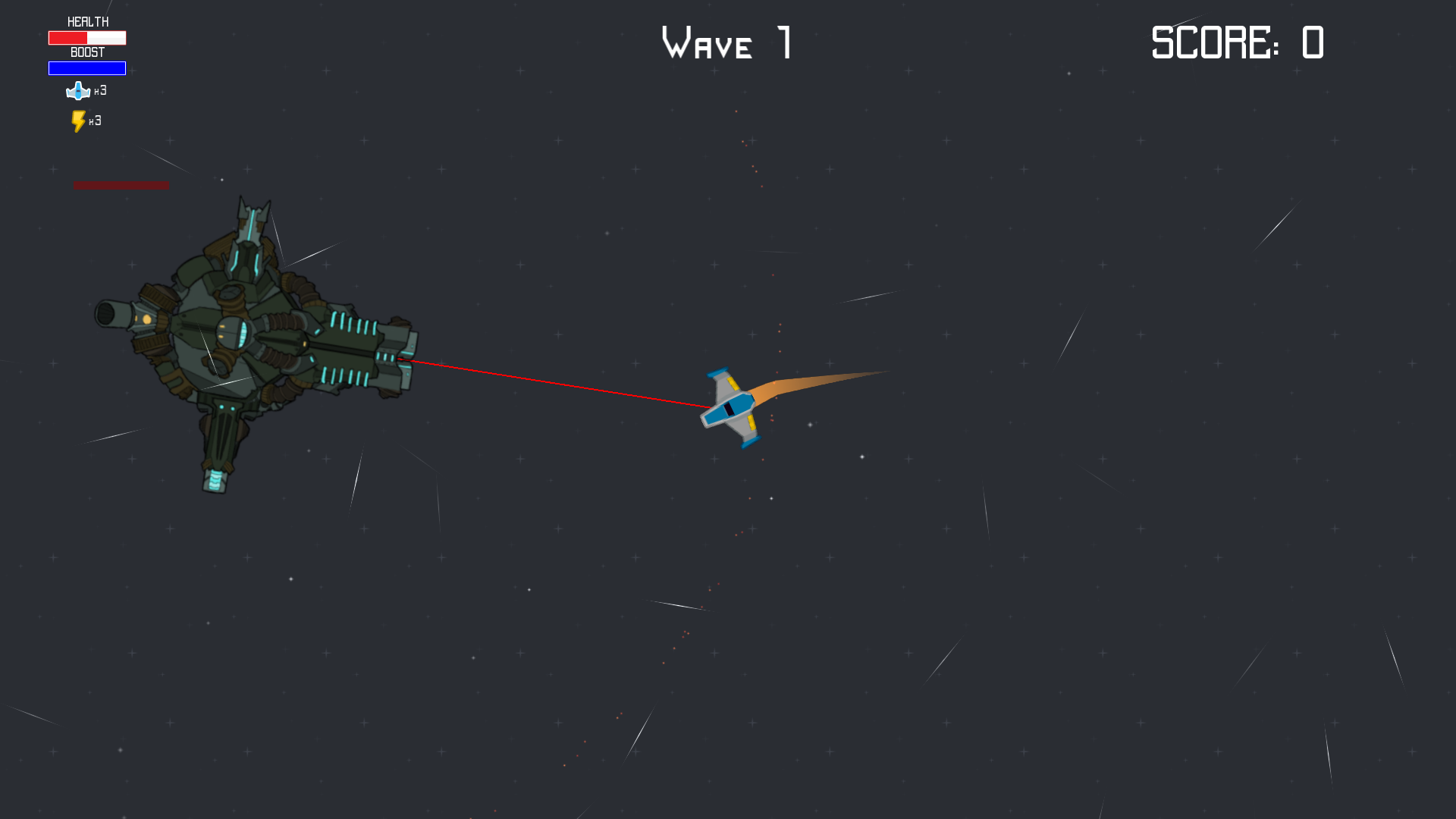 The spawner ship will be a slow moving, possible stationary enemy. It has the ability to fire lasers at will, and can set off a deadly blast if you get to close. Also as the name suggest they will be spawning near by enemy ships that will become a pest in your quest to take it down. Unlike the smaller ships, these bad boys are gonna be hard to bring down. 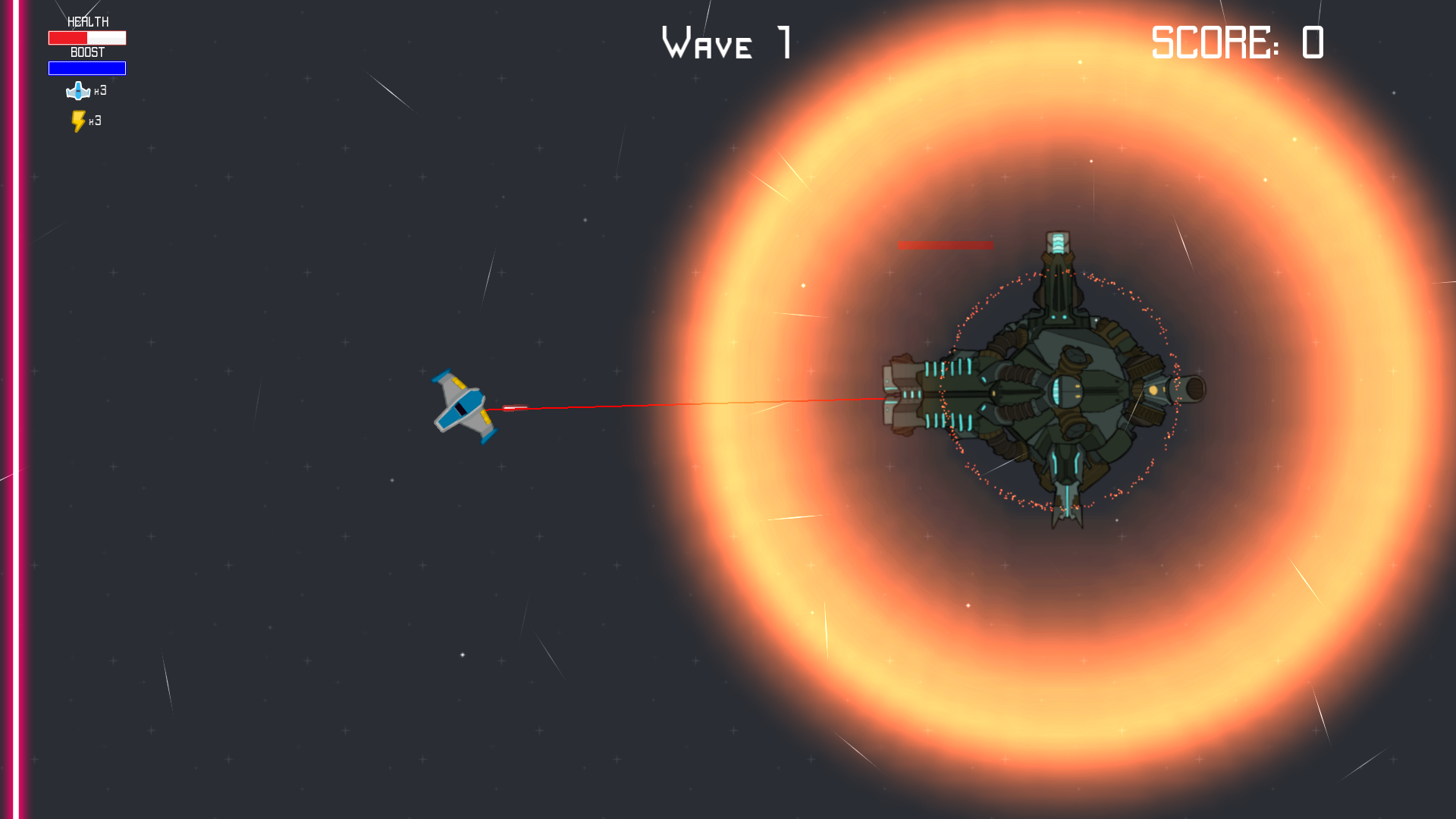 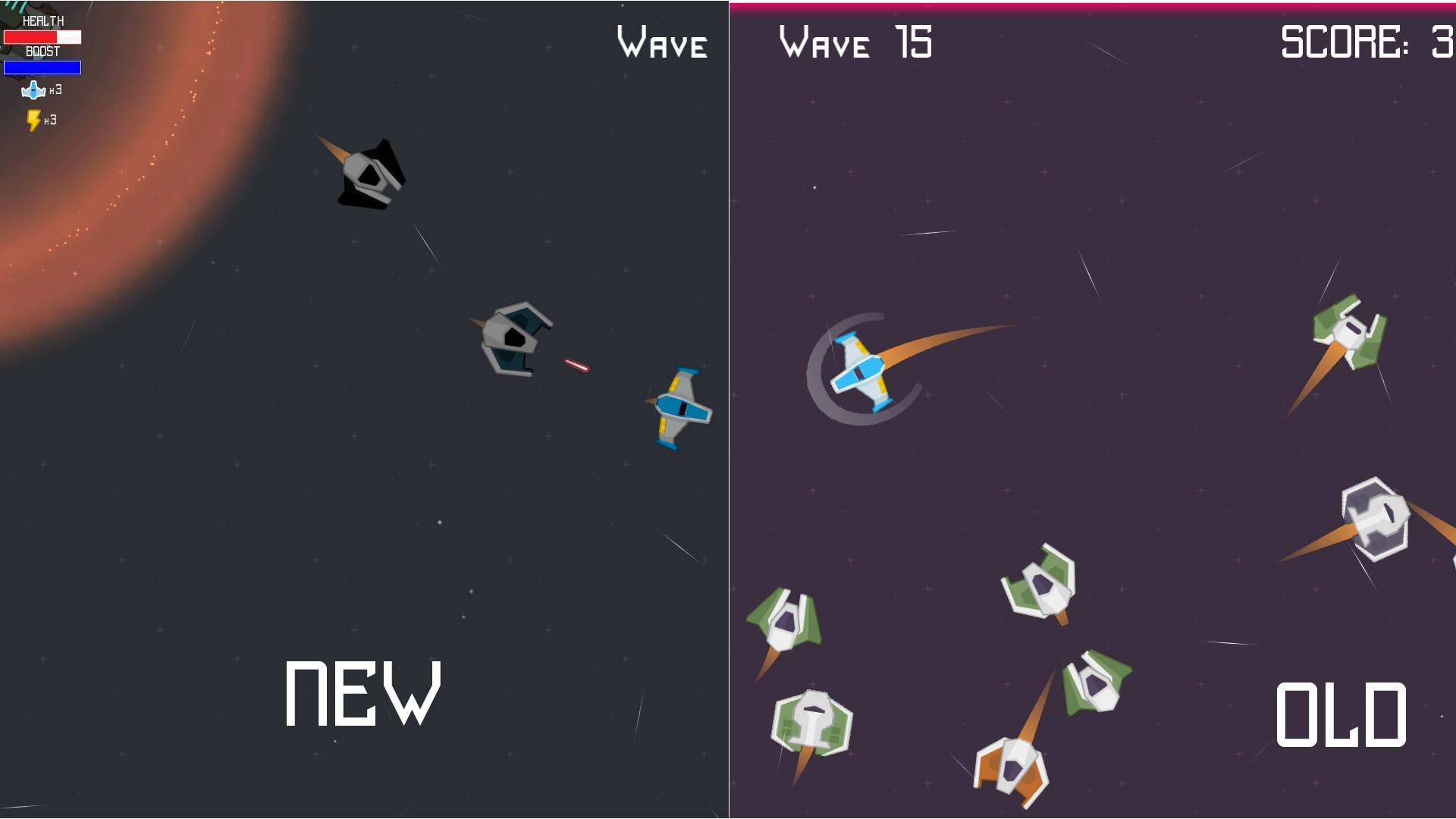 Not a major update, but I am currently in the process of making things such as the ships less bright and cartoonish. I'd love to overhaul all of the graphics, but that's out of my talent range. So I'm doing the best I can with what I got.

I'm continuing to work hard on this game. It started out as a quick weekend jam to say I actually made something in 2018, and is now turning into a full fledged project. I plan to continue adding cool little things here and there. Check back to often cause I'm frequently uploading new builds.

You're welcome! Thank you for entering. :)