Imagine a place of wonder, where magic and technology hold equal sway, and an adventurer might just as easily wield a flintlock pistol as a flaming sword. A place where great industrial cities house castle keeps and factories, home to Dwarves, Humans, Orcs and Elves alike. A place of ancient runes and steamworks, of magic and machines, of sorcery and science. Arcanum is the first game to come from the development house Troika Games, LLC, started by former Fallout team members Tim Cain, Leonard Boyarsky, and Jason Anderson. This team takes the depth of gameplay and world-building in role-playing games to entirely new levels of realism and excitement. Arcanum creates a compelling new world where magic and technology coexist in an uneasy balance. As Arcanum opens, the mechanical age has only recently arrived in this ancient land where Humans, Elves, Dwarves, Orcs and other races have learned to survive in the new sprawling industrialized cities. 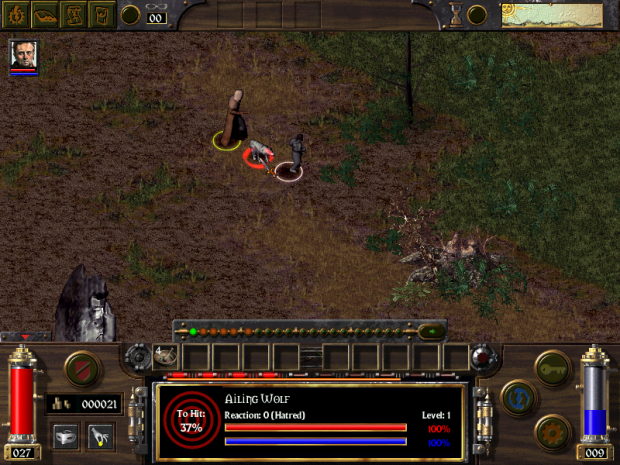 Well, if you would stop running ahead and grabbing anything shiny then you'd bloody well not be hurt! >.<

XD That is the way to show these bast...I mean, good hit, sir.