Animal Forest is a 2D MORPG with enforced role playing. You select from 1 of 12 animals as your race and there are 77 skills to choose from. Besides the teachers that teach skills in the main map (referred to as "The Hall"), there are no NPC's and no real game "coins" or "gold". The game is completely player run. AF is like most RPG's in the sense of the stat system, but leveling your skills isn't dependent on how much you grind the skill. Skill Points are awarded for play time which enable you to improve or learn new skills. Be creative when creating your character, and always role play. People have been known to get as so creative as to create an in-game religion, or fight arenas. Players may own burrows, which is essentially a custom built home where you can have doors (with keys), and run shops out of. They can be used for whatever purpose you wish. The main rule is No In Character chat in the OOC (Out of Character) channels and no Out of Character chat in the in game channels. 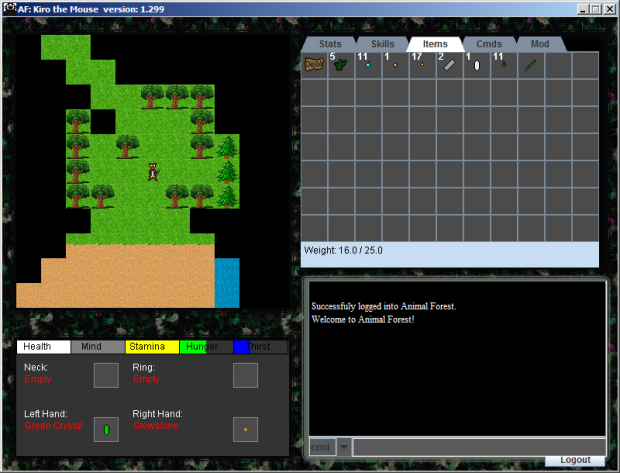