Alone in the Dark RPGMaker

In 1924, Jeremy Hartwood, a noted artist and owner of the Louisiana mansion Derceto, has committed suicide by hanging himself. His death appears suspicious yet seems to surprise nobody, for Derceto is widely reputed to be haunted by an evil power. The case is quickly dealt with by the police and soon forgotten by the public. You assume the role of Edward Carnby, a private investigator who is sent to explore the mansion and find a piano in the loft for an antique dealer. ------------------------------------------- This game is a remake for RPGMaker of the original classic from 1992, which is considered the father of the survival horror genre. I have tried to be as true as possible with its story and the events that happen in the haunted Derceto mansion, although, of course, there are some changes. I hope the people who give this a chance (either if you played the original or are new to it) like this version, which was made from the bottom of my heart and with respect.

Add file Alone in the Dark 1.1 WITHOUT RTP

Version 1.1 of the game WITHOUT the RTP included (obligatory to play). Download for people who have the RTP already.

Version 1.1 of the game WITHOUT the RTP included (obligatory to play). 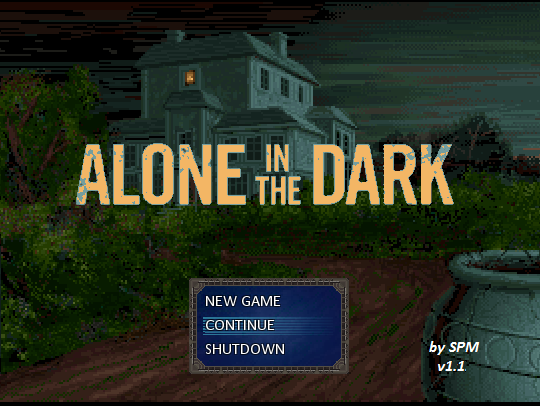