In the kingdom of the East lived a young girl named Fyana who had prophetic powers. She was known as ‘The Oracle’ and was revered as a goddess by her people. One day the evil sorcerer king Murduk, yearning for her flesh and power, decided to take The Oracle for himself. His army commanded by Mombata the terrible; he swiftly conquered the kingdom of the East and took Fyana for his slave. As Murduk’s power grew he conquered other kings, barbarians and warriors, forcing them to fight to the death in his arenas. 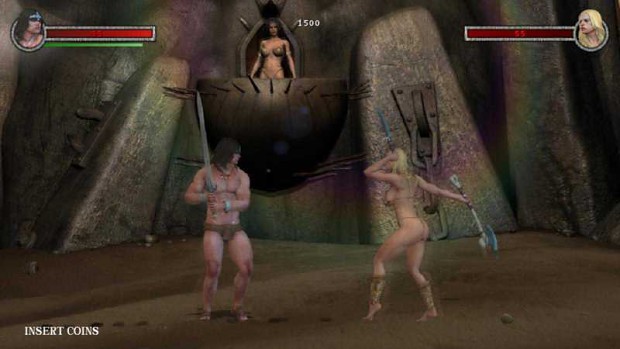