A Parody of Left4Dead, mainly as were indie developers also working towards degree's and thought working on a project together would help us learn how things work. The game is free.

New screen-shot's within the game and a few incites into what we are planning. 28CL has made a lot of progress in terms of graphical content and now we have a functional AI that will track the player even when they loose line of sight using NeoAxis's built in Path-finding system.

Currently we are creating a game called 28 Carrots Later (28CL), at the moment we are all students without professional experience in the area of Game Development, however we have a strong passion to learn and will, with the help of this project gain a better understanding of how things within the game industry work.
We've chosen to create a parody of one of our favourite games (Left4Dead) with our own little take on things. We are releasing this as a free game without any profit for ourselves as we feel involving money on our first project will lead to unnecessary pressure to deliver a Grade A game.

Anyway down to 28CL, we've made quite a lot of progress within the game and our team is now full of eagerness to get cracking at making it. Jo Fripp has been hard at work creating objects like buildings and windows for the first map we have designed and on-top of that she's also been coordinating our concept artists with work to complete for the game, whereas I (Dan) have been working on underlying AI for the game in an attempt to get the creatures following the player in some sort of sensible way without running into walls, to this extent I've got it mostly working with the exception of crowds running into each other. 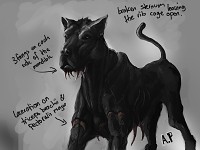 And we want to show it off, we've had a great response from everyone wanting to get involved in 28CL and sadly we've had to start turning people down because of the amount of people (We don't want to get too many on-board will make the project complicated, nothing personal!) however we now have our core team together and after a couple of weeks of frantic preparation and tweaks, we have something to show!

I have attached some photo's and I would like to say before we get any judgements that we are still in the process of tweaking things and the graphics will change and this is by no means the final draft for a map. 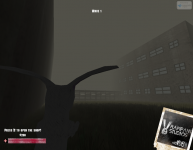 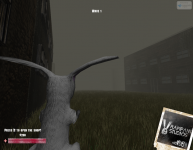 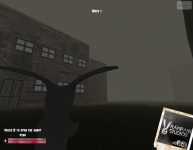 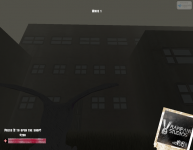 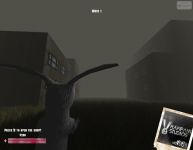 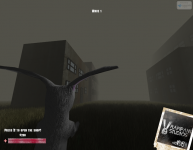 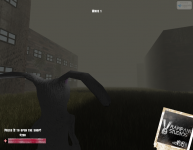 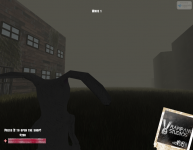 Now that our core team is together, we can hope to get some good progress on 28CL and hopefully have a demo released as soon as possible!

Wow, this is really eye candy, looking forward to future versions of this game.

Keep an eye out for us, more things to come!

Well 'parody' suggests comedy elements. What comedy elements are going in to this? It looks really dark and grungey and I think that comedy is more light-hearted and clearly satires what it makes fun of.

Also, original gameplay concepts have not been discussed. You can mention AI and stuff, but you need to manage public expectation otherwise people will form different impressions and expectations, inciting more negative comments than might otherwise be required if they were informed a little better.

The zombies are fast and there have been comments that you can only play it running backwards and it gets a little monotonous. If you have high-poly models, the thing might grind to a halt on low-spec hardware and still be jerky on average hardware. So I would imagine that a huge multitude of zombies needed to be low-poly... but explicitly putting information out like I am explaining would curtail a lot of negative criticism and better manage audience expectation.

Thank's for the heads up. I intend to release the game bible so people can see exactly what the game will have within it along with details of how we plan to go around creating the game.