Nations: Fall of Worlds is an excellent turn-based strategy game for your mobile device. An online strategy game that you can play at your leisure. This game is about battling your opponents, online or local, for the glory of world domination! Defeat your opponents and gain every territory in the map. Thanks to the Map Builder feature, there will always be a constant flow of community made maps for you to test your skills of strategy.

Nations: Fall of Worlds is an exciting and addictive turn-based strategy game for your mobile device. This game's main focus is online and local multiplayer matches that you can play at your convenience! It's all about battling your opponents over the internet for the glory of world domination. Defeat your opponents and gain every territory! With the new Custom Map Builder tool, there will always be a constant flow of community made maps for you to test your skills of strategy. The thoughtfully designed gameplay is based around the idea of allowing you to play an online match all day, week, or even months on end, where you only have to login when it's your turn. You can fly trough a quick match or take your time and let the battles rage on for days!

The simple, but effective turn-based gameplay makes you feel like a conqueror! An exciting game that anyone can pick up and just start playing.

During a match you'll see the map of the world your goal is to conquer every Nation to win the game. Your armies start off occupying a few select territories that you must defend and strategize to grow your armies.

When your turn comes, build up your forces and launch a massive attack on your opponent. There are many ways to play and with community created maps and access to every online player, no match will ever be the same!

In Nations: Fall of Worlds you can mobilize your armies from multiple territories at a time as well as execute attacks simultaneously. It's simple, it's fun, and it lends itself to great strategies!

Every turn you complete is one step closer to gaining your Hero to fight in battle! With a Hero on your side you will have a much higher chance of defeating your opponents. A Hero increases your surrounding army's attack damage, effectively shifting the tide of battle in your favor! But be careful, Heroes don't last forever. Use them wisely.

Think you're good enough put a stop to an opponent's Hero? If you put an end to an enemy Hero, all of the Bounty Stars that Hero has earned from previous battles will be transferred to you as Stars that can be redeemed for more Armies!

Online Multiplayer is the core concept of this game, it creates an environment where players can battle and strategize against one another. Multiple game modes and unique new maps from the community gives you plenty of choices. 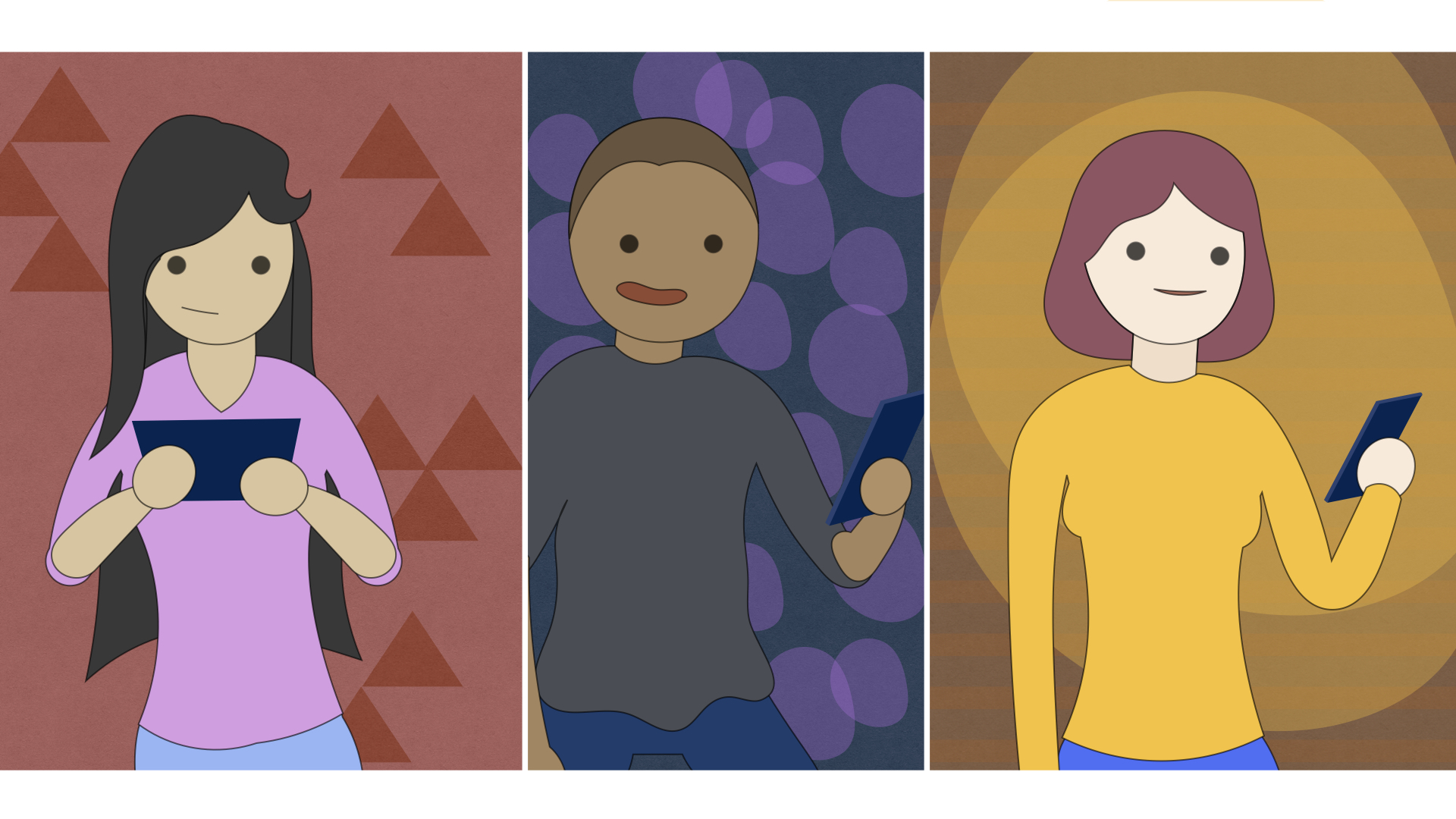 In Nations: Fall of Worlds, friends come first! So when you're looking for a match online, the matches that your friends are waiting in, will be the first to show up. 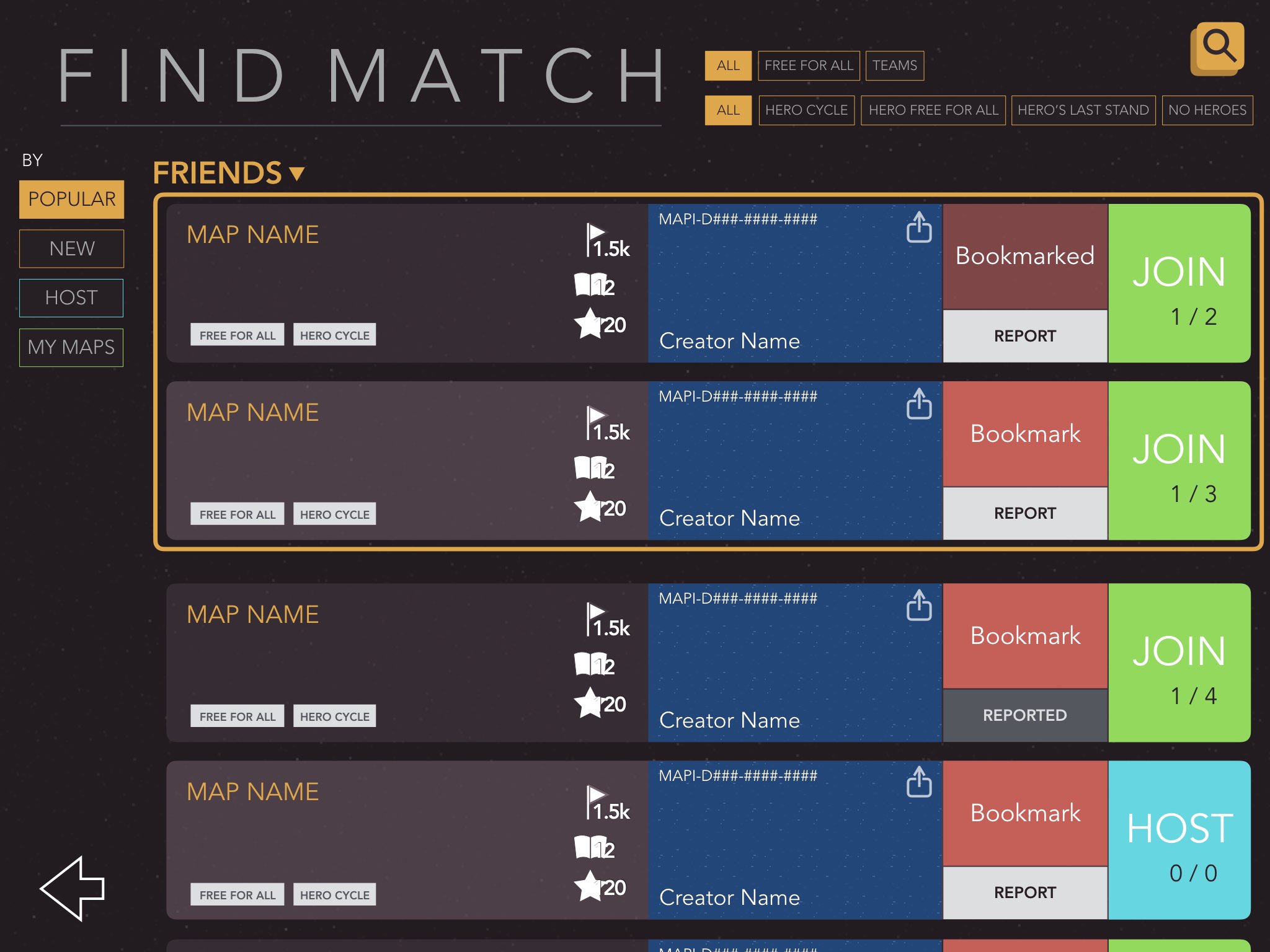 Found a match that you'd like friend to join? Great! All you have to do is hit that Invite button! Best of all, your friend can even join you while they are still playing in a different match. That's right, you can jump over to a different match while you're waiting for your next turn in another! 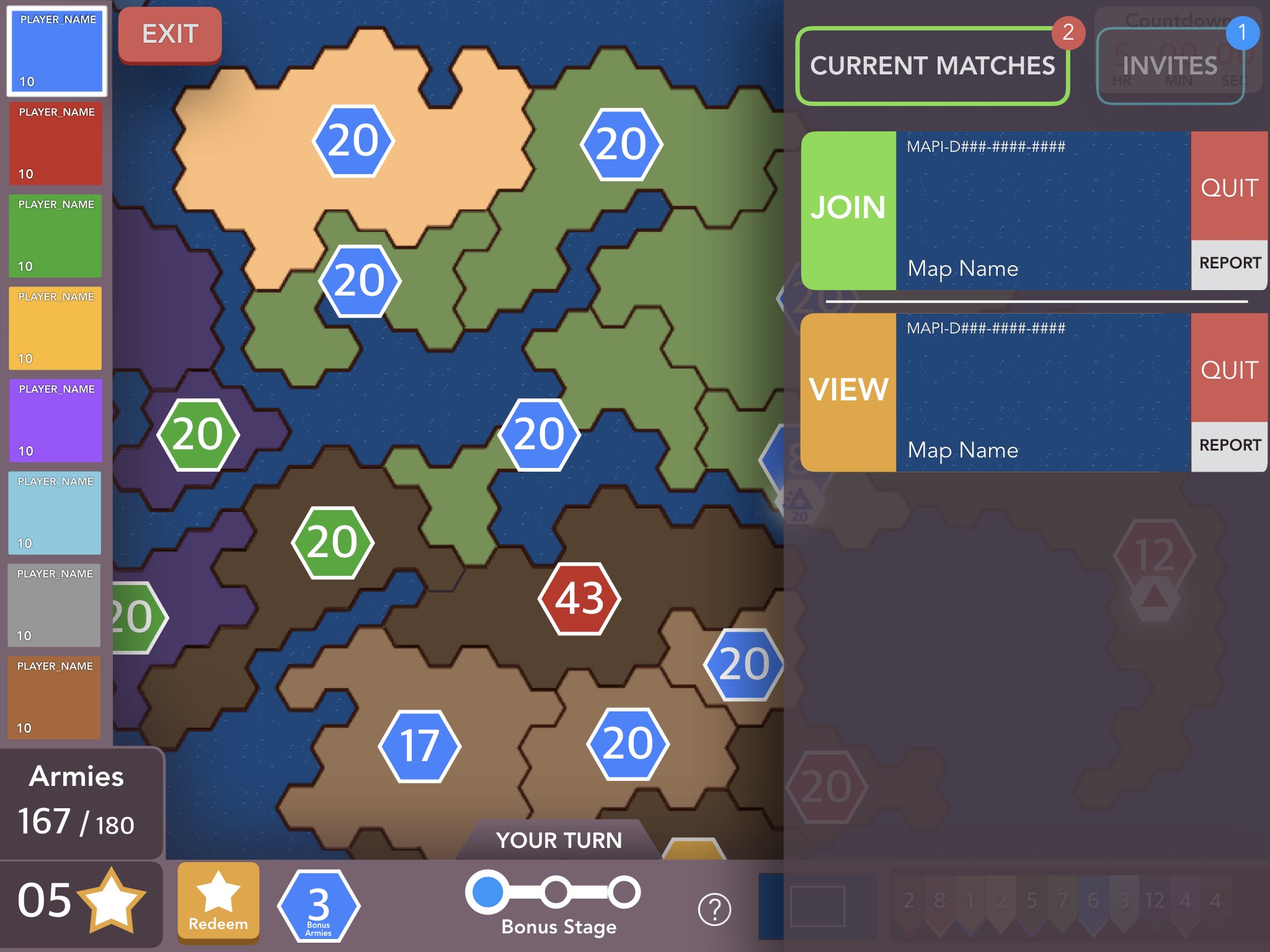 Local Play is a great option for players who don't have internet access. This allows offline players to connect and play with up to 8 players nearby. This option can be played on either a single tablet device via the Pass & Play option or with multiple bluetooth enabled devices. So whether your out camping, at a convention, or at a friends house; you will always be able to play with the people around you. 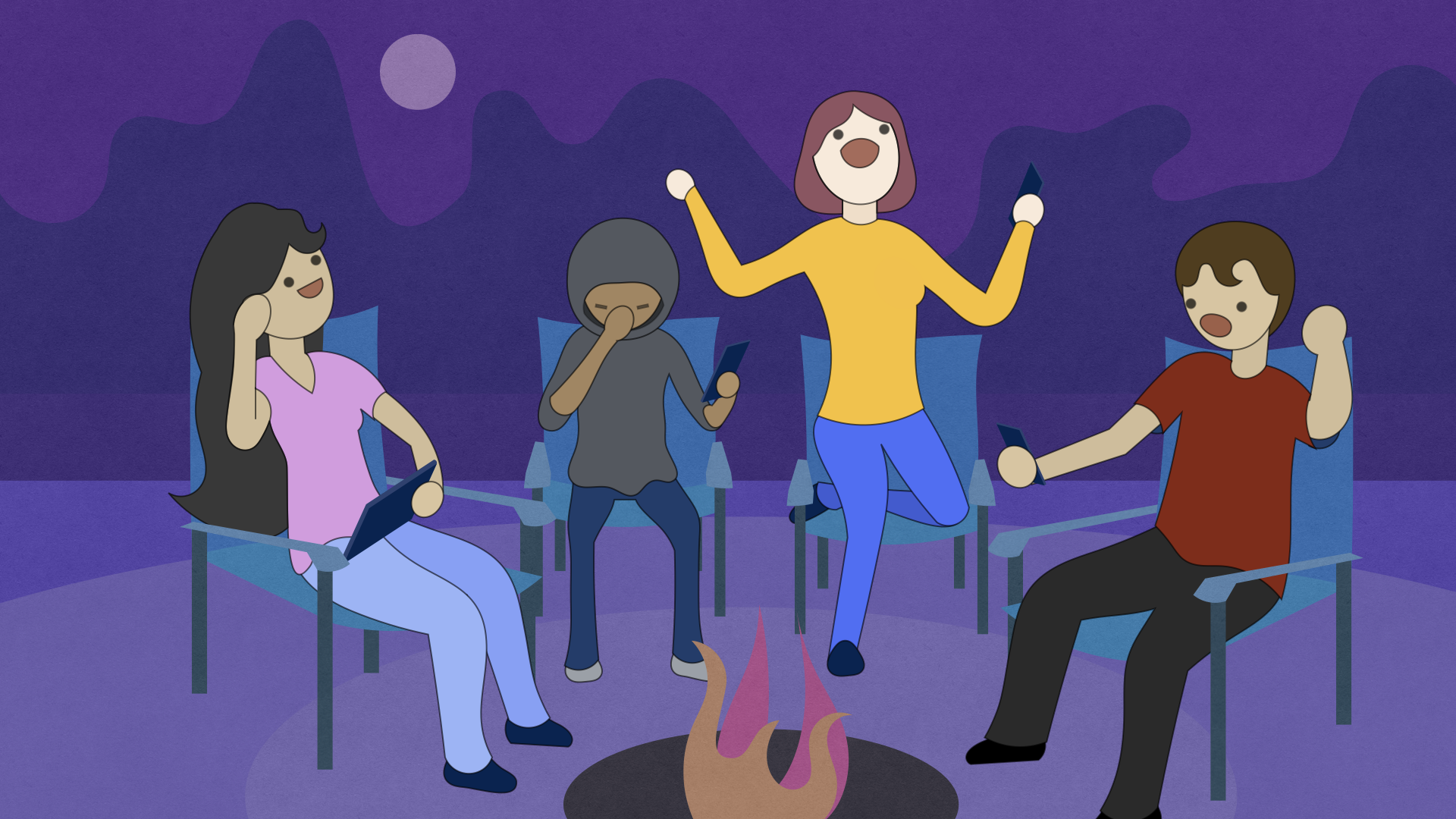 In a strategy game like this, some matches may last hours, days, weeks even! But playing for a week straight is not very convenient. Here at Save & Continue Studios we strive to make our games as accessible as possible. That's why we put a lot of time into designing this game to work with your busy schedule, rather than interrupt it. 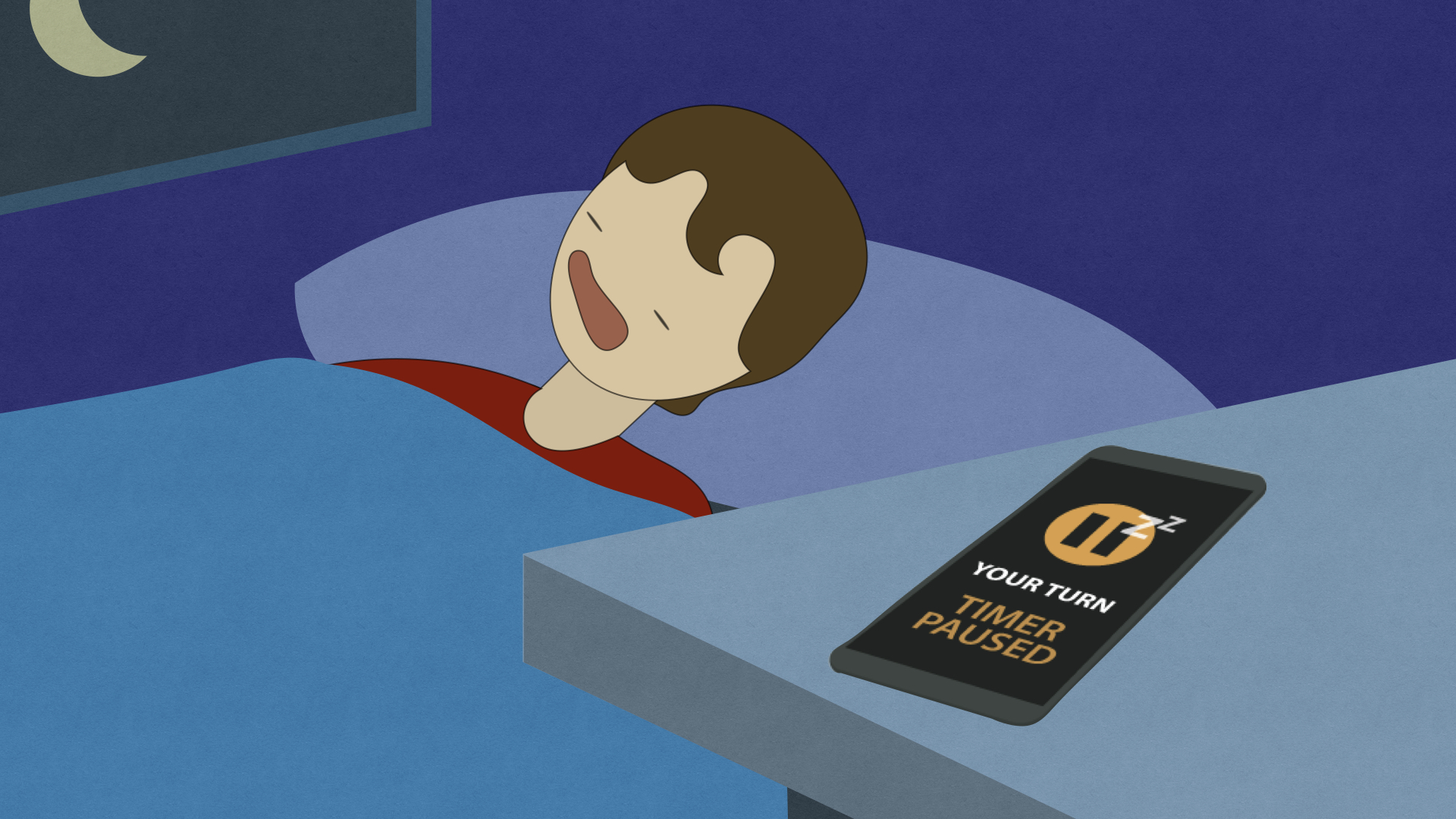 At the start of every turn in an online match, the player is given a very reasonable amount of time throughout their day to: Add Bonus Armies, Invade Territories, and Mobilize Forces. If your turn overlaps with your bedtime we'll pause your turn and resume it when you're all rested.

Once your turn is complete you can either continue to watch your opponents movements or you may exit and return again when it's most convenient and you will be notified when it's your turn again.

There are many maps available right from the start, and access to even more maps through the player community. But for those that enjoy the satisfaction of creating their own map from scratch, you might want to check this feature out!

The Custom Map Builder is an intuitive tool that gives everyone the ability to create and design their own maps, as well as the rules allowed in it. Have a great idea for a map? Now you have nothing in your way to build it, play it, and even upload it for everyone to enjoy!

Get the details just right with the Map Builder's easy-to-use options and tools. Whether you're creating something of your own design or recreating a world you love, you're going to want to get everything right, which is why we've provided many options for our community map designers. 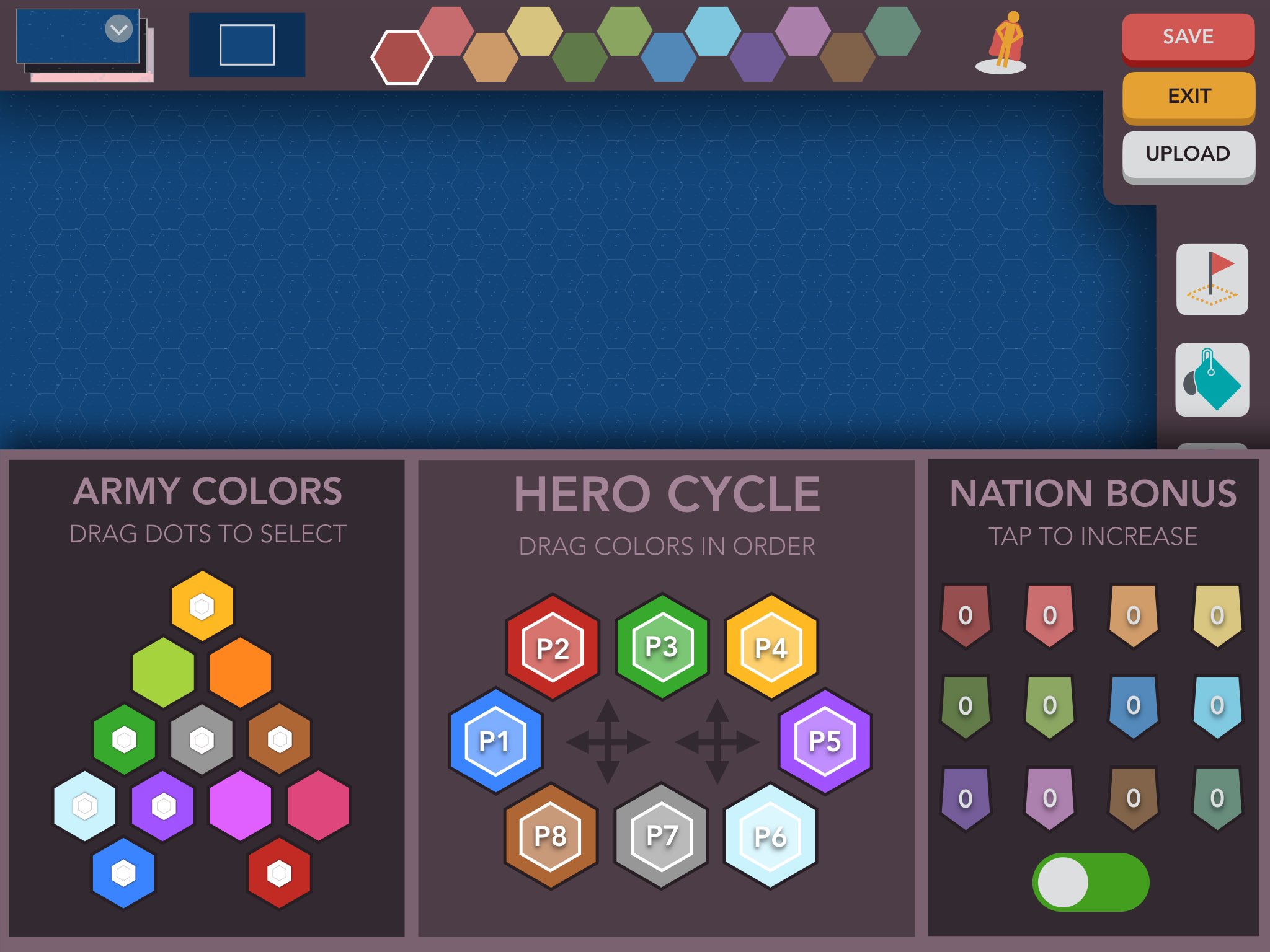 Save and Continue Studios is an independent game development company. Located in San Diego (US), we are committed to making high-quality experiences for our players with an emphasis on innovation, and fun!

"A bad game demands your attention. A good game earns it."