Welcome to the Elite Doom arsenal of weapons for those who are new will know how to use the weapons so as not to spend a lot of ammunition on them let's start.

Welcome to the Elite Doom arsenal of weapons for those who are new will know how to use the weapons so as not to spend a lot of ammunition on them let's start:
DoubleChainsaw: This chainsaw has 2 saws, although these 2 saws have the same attack. Don't you think?
Knife: The knife is a melee weapon not so used that let's say the character kills an enemy that is not powerful with 2 stabs
Ax: This weapon is also a melee weapon, it will be useful to use it if you do not want to give an enemy 2 stabs with a right click you make a boom for your house and kill him at once
Glock18: This weapon has semi-automatic activated, something useful to kill weak enemies quickly, although we are going to put the gun aside, let's move on with the next weapon
EliteShotgun:
This weapon is a shotgun, it takes a lot of damage from weak enemies, highly recommended also if a black ops wants to kill you since black ops kill you quickly
Ak47: This assault rifle is the weapon that the shadow trooper brings
when you kill a shadow trooper drop an ak47 the weapon is very good to fight with BloodDemons, BlackOps among other enemies that they encounter
SuperShotGun: This double barrel shotgun can be found anywhere on any map or wad it also helps you kill BloodDemons and black ops although it takes a long time to reload
Railgun: Let's move on to one of the best known weapons of doom modding the railgun the railgun is super powerful with one shot and you kill an enemy
Repeater: This weapon is a second chaingun but more powerful and powerful, it is advisable to use the repeater when you are about to reach the final boss cyberdemonster, which is a fucking challenge.
HeavyFuckingChaingun: This weapon is heavy with this heavy weapon you can kill any asshole that crosses your path
GreanadeLauncher: This is a grenade launcher that can not be on the map but in future updates I will find this weapon but this weapon will be useful in your adventure
Plasmaballista: This crossbow is magical and allows you to kill an enemy only once
DoublePistol: They are double different pistols shoot at the same time 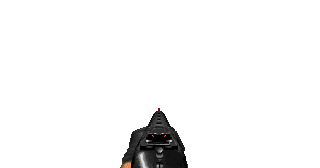 That was all I hope you liked it :D