Yet another recommendation from the ModDB team, this time a brand new mod by Roy W. Winchester called Totally Random Total War Generator which randomizes region ownership of all regions, to have more diverse campaigns and starting positions.

What does it do? Totally Random Total War Generator randomizes region ownership of all regions, to have more diverse campaigns and starting positions and it works for both campaigns and all factions. Being compatible with Crynsos' Faction Unlocker, it is highly recommended to use both mods together. Naturally, you have to start a new campaign for the mod to start working its magic. You should also be able to turn off the mod once randomization is finished and you have saved the game. 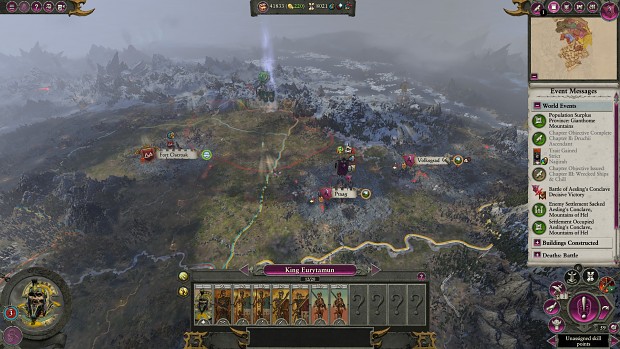 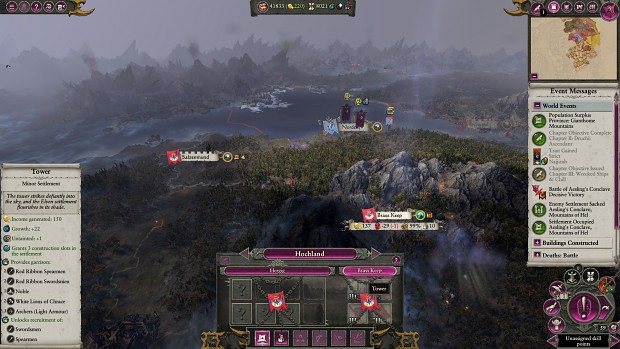 THIS MOD IS IN BETA AND ALTHOUGH IT IS PLAYABLE RIGHT NOW, IT MAY NOT MAKE SENSE WHEN PLAYING AS CERTAIN FACTIONS AND CAN CAUSE SOME WEIRD AI BEHAVIOUR. 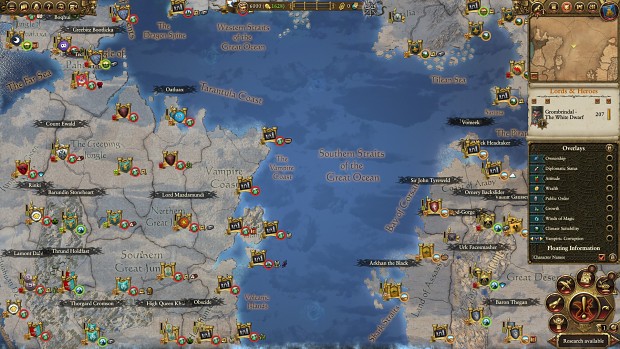 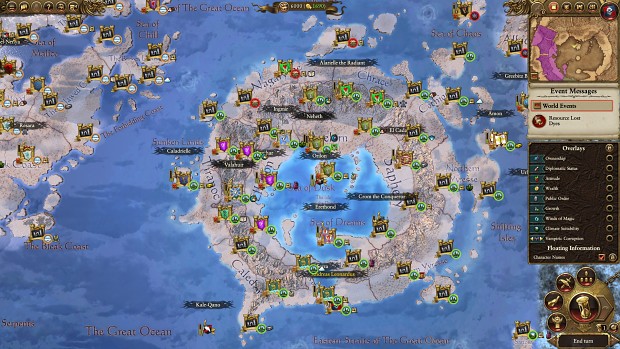 So what does the mod do exactly?

- shuffles the faction list, the region list and the list of spawn positions for hordes & rogue factions
- assigns each faction to a random region, where it will start, while abandoning their previous settlements (prefers suitable climate zones)
- makes TOTAL PEACE for each faction (don't worry, normally there are at least 10 war declarations in the first turn)
- moves horde & rogue armies to random spawn positions
- gives each faction the chance to receive additional regions (adjacent, or adjacent to adjacent)
- moves all characters of each faction close to their new settlements (except the agents, they are wounded for 1 turn)
- all inhabited settlements will be repaired/upgraded to tier 1 (only the main building chain and ports!)
- applies +100 of the new owners' religion (i.e. untaint or corruption in Warhammer) effect for 5 turns (to somewhat counter corruption of previous region owner)
- centers camera on the first settlement of player's faction (only works for unlocked factions) 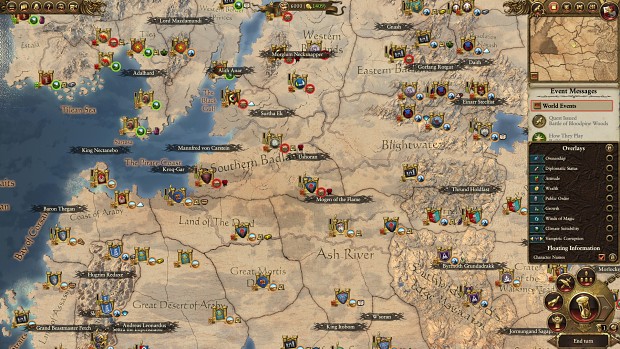 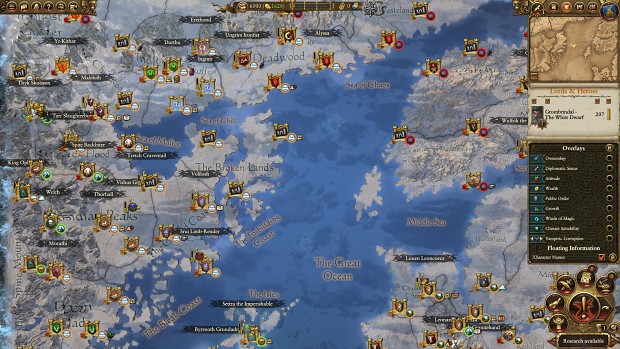 You can also follow ModDB news and features on