A small introduction to the vast fan-made universe of The Eagle and the Radiant Cross.

The Eagle and The Radiant Cross is a series of modules created for the world of Calradia in Mount and Blade. It features an extensive universe, lore and artwork, in no small part due to its unique mixture of factions - whether influenced by various works of fantasy or inspired by some real-world analogue. Initially created by D'Sparil with help from its fan-base and beer, The Eagle and the Radiant Cross has captured the imagination of many players interested in pike and shot style of gameplay. 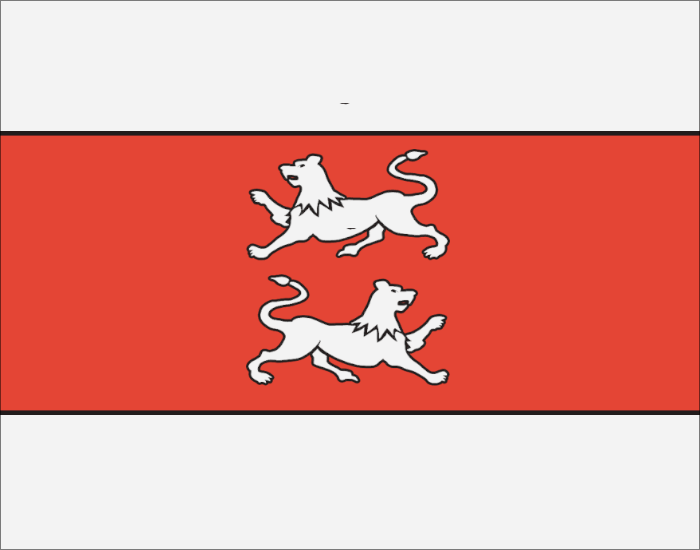 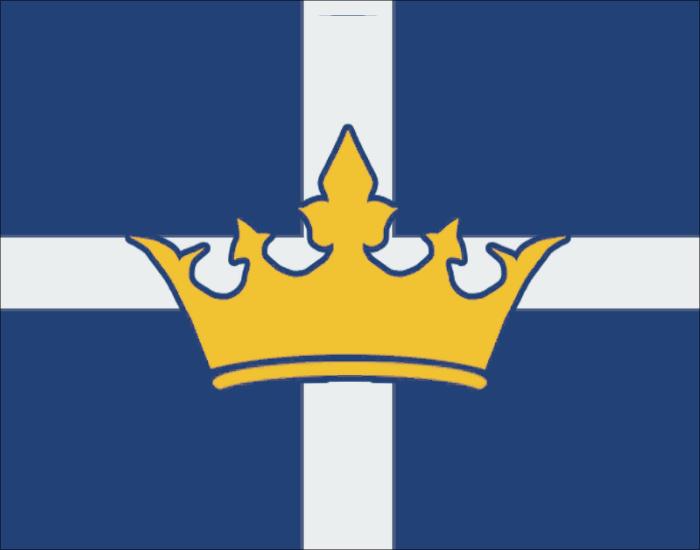 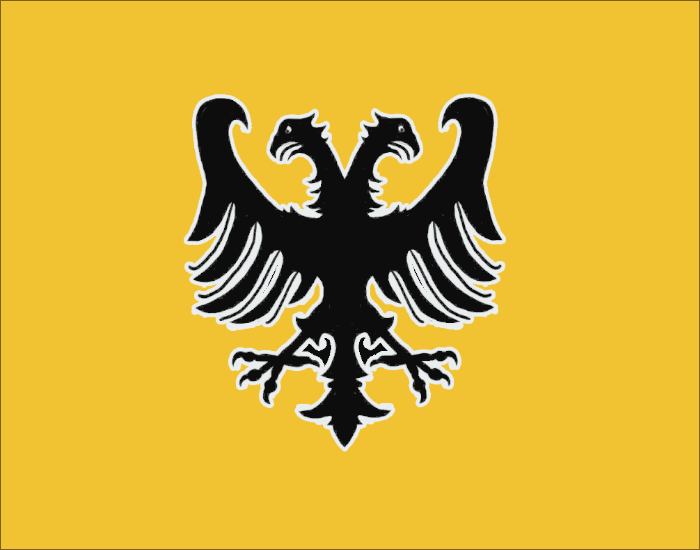 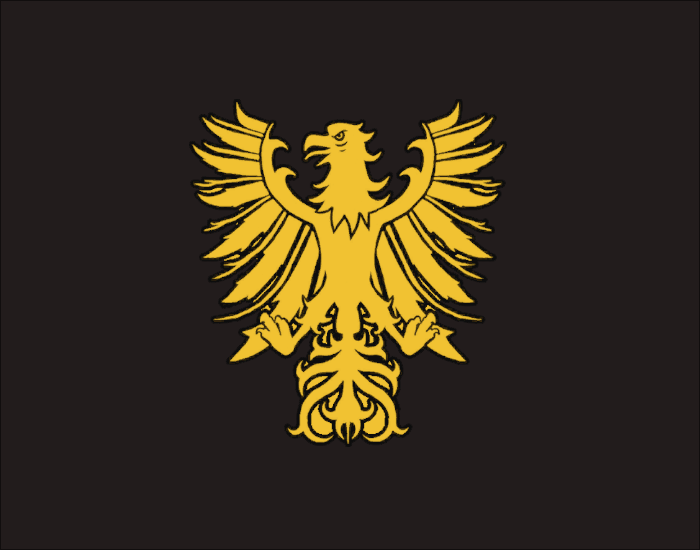 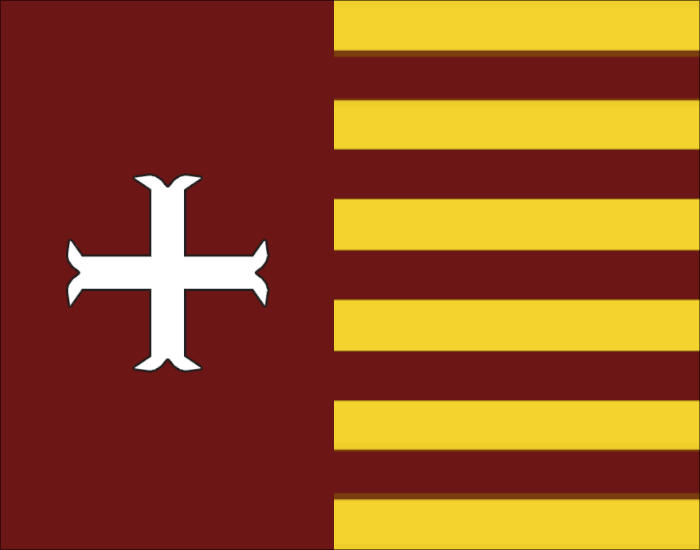 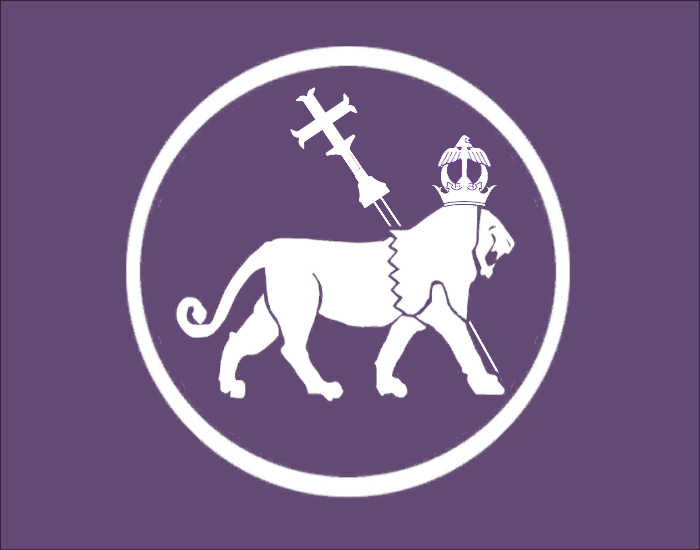 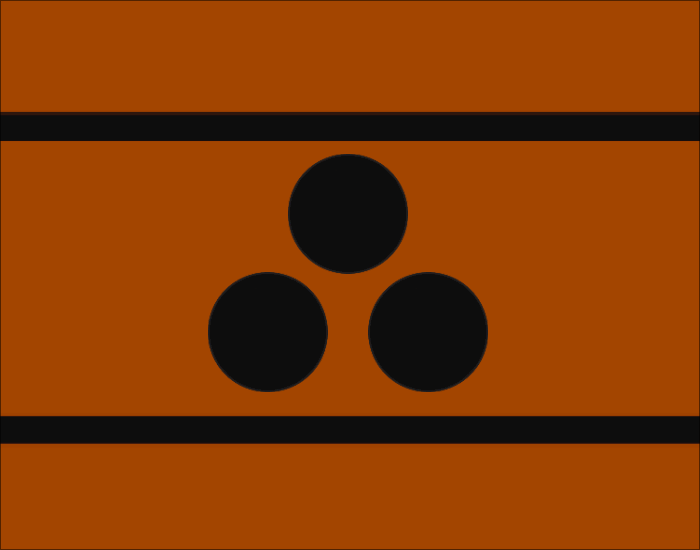 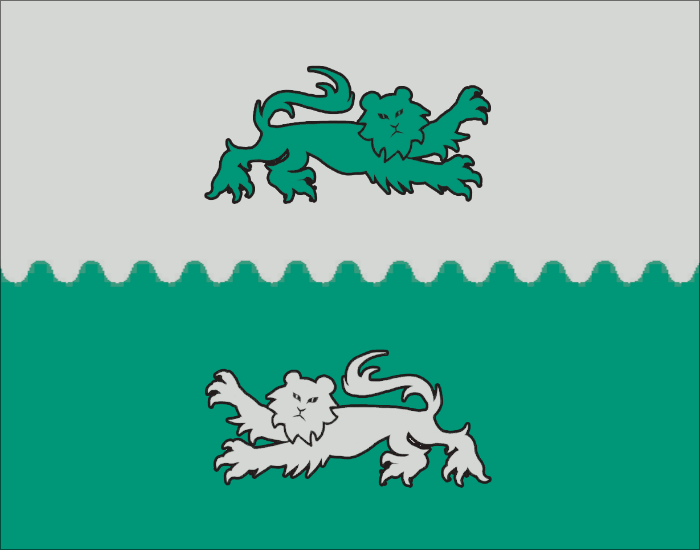 CHAPTER II:
It has been many years since the Laurian invasion of northern Calradia. Queen Imelda's idea of capturing the port towns has proven a much more difficult task than she had anticipated. Yet she has no intention of giving up. The occupation of those cities would provide Lauria with complete control of the Obello sea. Two men stand in her way: King Leiss of the Dual Monarchy, and Kaiser Frederick Wilhelm of the Imperial State. Knowing that the Imperial State stands strong, she directs her forces towards the Dual Monarchy, weakened by Khergit incursions and constant internal struggle. The Laurian army, numerous, professional and cohesive, strike a decisive victory against the Kingdom army near the town of Wercheg. King Leiss is killed in battle, struck by an arrow in the eye. The Vaegir cavalry flee, and the Nirdamesse bowmen, left behind without protection, are massacred by the Laurian infantry.

The death of King Leiss leaves the Dual Monarchy heirless. However Feodor, Duke of Zenislev, acts quickly to seize power. Blaming the Nirdamesse for the defeat at Wercheg, he storms the palace with his Boyars and puts all the non Vaegir to the sword. In less than a year he sits on the throne and orders the deportation of all the non Vaegir people from the Dual Monarchy. Massive pogroms ensue. Those who resist are executed. The Nobility crowns him as Tsar Feodor The Great. The rest calls him Feodor Grozny, "The Terrible". A new era for the east begins.

Imelda has no time to enjoy her victory. Wilhelm has no intention of sitting back and watch Lauria grow stronger. The Imperial State put many of its resources into building a powerful Navy, in an open challenge to Lauria for control of the Obello Sea. The Reich declares war on the Laurian Kingdom, and its army marches east.

But someone is watching, as war breaks out in the north. Sigismund Augustus "The Mad Prince" has been waiting for an opportunity like this for years. The Ellis Empire lies at his mercy. His spies have informed him that the Khergit Khanate has been using the Long Guo to raid the Lion Throne's eastern frontier, and so nothing but a single division of the Brigade of the Radiant Cross remains in Ellis. No match for the whole military power of Swadia.

The combined armies of all the Swadian lords march to the south west.

Nikephoros dons his armor, and Zepyulos, the Spear of God, as he and his Legions head to the north to meet their enemies. The desperate letters he sent to the Pope have not been answered. The Brigade has left Ellis, and headed south to fight an invasion. He is alone. Weeks later the armies clash. By the end of the battle, the once proud Legions, conquerors of the world, are no more. A bleeding Nikephoros is brought to Sigismund. He takes the Laurel Crown from the Ellisian Emperor, and places it on his head. Sigismund leaves a garrison to keep control of Ellis, in the charge of his son, the Imperial Prince Maximilian, and heads back to Swadia.

A week later, to the horror of all of Calradia and beyond, Nikephoros is burned at the stake in Marienburg, for embracing the Filaharnic faith, and refusing to accept Sigismund as head of the Calradian Church. This will prove to be the mad Holy Swadian Emperor's biggest mistake, and all of Calradia will suffer because of it.
Some weeks later, a comet is seen on the swadian sky, a bad omen say the sages.

Months go by till suddenly the Swadian garrison of Jamiche Castle spots a cloud of dust in the horizon, and a strange gleaming.A week later Sigismund receives an urgent report. Jamiche castle and its surrounding villages have been taken by the armies of the Lion Throne, the garrison captured and flayed alive, each one of them, their skins later sent to Emperor Sigismund.

Three weeks later all of the Ellisian conquered towns, villages and castles now belong to the Lion Throne. But that's not the worst news. His son, Prince Maximilian has been captured, his arms and legs broken, his tongue cut off. Still alive, he has been thrown down a cliff in the wilderness, and agonized for three days before dying, his corpse later ravaged by wolves.

Upon hearing the news Sigismund's wife, Empress Adelheid, suffers a stroke and dies two days later. Sigismund sinks deeper into madness. The Pope closes his gloved hand on a map of the continent.

The face of Calradia is about to change, forever.

The year is 1500. The war over Calradia has come to a stalemate. The Lion Throne has been unable to capture Vienna, the Swadians have halted their advance despite their Emperor's ever growing madness. The Court physicians have lost all hope of recovery for Sigismund, he claims that he is now following the voice of God. Yet somehow the Empire is able to withstand wave after wave of Brigadiers, thanks to its heavily fortified cities.

The Haelmar Union have been imposing control over the eastern leftovers of the Dual Monarchy, rebuilding ruined towns and establishing colonies with the hope of increasing commerce in the wasteland, with the hopes of weakening Lauria on this front.

The Grand Duchy have embraced the Nirdamese refugees, only to use them as an excuse to wage war on the Tsardom.

Lauria is still engaged on a seemingly never-ending bloody warfare with the Imperial State, both at land at sea, with the occasional attack of the Union at northern Calradia and eastern Bermia.

The Ormelis are growing in numbers and power and with the recent Khergit setbacks, an invasion from them seems unlikely. Yet the Padishah faces difficult choices if he wishes to expand his power: either west and face the incredible might of the Lion Throne, east and face the rising Duchy, or south and face the Khan in an war that could last decades, for a truce in that front is impossible.

Deep into the south the divine Saldian grows impatient. The situation in the north has grown from a simple small-scale engament to gain access to the Obello sea to a clear total war that shakes the very belief on Filaharn's ultimate victory. He has started to doubt Mondo's capabilities and so he recalls the Third Deva from the now secure eastern front and dispaches her to the north. Mondo's hate for her is well known to the Pope, so he sees this as a clear sign that he must be victorious, or his head will roll. But Saldian doesn't stop there. Captured State and Ormeli engineers have promised the Pope the construction of a formidable weapon, a cannon so big and powerful that it would be capable of bombarding Vienna and Nibelheim from the high hills of Lerna.

In early 1500 the construction of the "Aurora Cannon" begins on the province of Gunther-Piedmont. An era draws to its close.

1410?
- The Duchies of Upper and Lower Lorraine (Swadia Ulterior) split from the Holy Swadian Empire during the Swadian Civil War.

1427
- Unification of the North Obello states of Nord-Berthe and the Kingdom of Haelmar under Margaret of Haelmar to form the Haelmar Union.

1462
- The Battle of Zena. The Haelmar Union begins to exert its influence over Eastern Bermian as the Haelmarian Armed Forces rearm in secret.

1475?
- The Kingdom of Laurian under Imelda starts to annex Bermian after the efforts of her ancestors are stymied by Bermianese and Haelmarian resistance.

1490 - Chapter I
- Brigade of the Radiant Cross is sent to aid Ellis.
- The Kingdom of Lauria invades Swadia Citerior and captures Nibelheim.

1495 - Chapter II
- Death of King Leiss.
- Collapse of the Dual Monarchy.
- Foundation of the Tsardom of Vaegirs.
- Imperial State launches the Kurfurst Ulrick, the first half-ironclad.
- Ormelis start to emerge as the dominant power in the Calradian Steppes.
- Fall of Ellis.
- Nikephoros is burnt at the Stake.
- Deaths of Prince Maximilian and Empress Adelheid of the Holy Swadian Empire.
- The Lion Throne takes over the former Ellisian lands.
- The Grand Ducal House of Rurik-Orla is formally established as the Grand Duchy attempts to fill the power vacuum in the east of the former Dual Monarchy.

1497
- Haelmar invades the Eridanian Republic and forces a dictated peace on them.

1500 - Chapter III
- Arrival of the HEF.
- Construction of the Aurora Cannon starts.
- Hengest the Elder becomes one of the candidates for the Marshalship after Harhengothus' Pyrrhic Victory at Etrosq.
- The Grand Duchy becomes more involved in Calradian affairs.
- The Laurian Armada loses dominance of the Southern Obello to the Kaiserliche Marine and the Haelmarian Navy.

1501
- Fulburg-Magdeburg completes the first Battle Wagon prototypes and On The Use of Battle Wagons And the Halting of Their Development is sent to the Emperor.

1503
- The Gray Brotherhood attempts to sabotage the Aurora Cannon but fails epicly.

1504
- Hengest the Elder becomes Field Marshal
- First Major deployment of the Swadian Battle Wagons in a charge near Grunwalder Castle with relative success.

1512
- The Haelmar Union becomes the second Calradian nation to settle in the New World.