With a lot of fixes and improvements based on feedback, the next release will also include space assault.

Hello there, today I'm going to show how space assault is going to work in BATTLEFRONT-1035.

First of all, every unit class playable on the ground will be playable in space as well. In the early alpha build of the mod I had pilots and marines for each team, but those did not fit the goal of the mod, so I'm sticking with the same unit classes for ground and space, just like the ship phase of capital supremacy.

Every faction will have the same starfighter classes: fighter, interceptor, bomber and transport, each with different gun setups and working 1st person view. 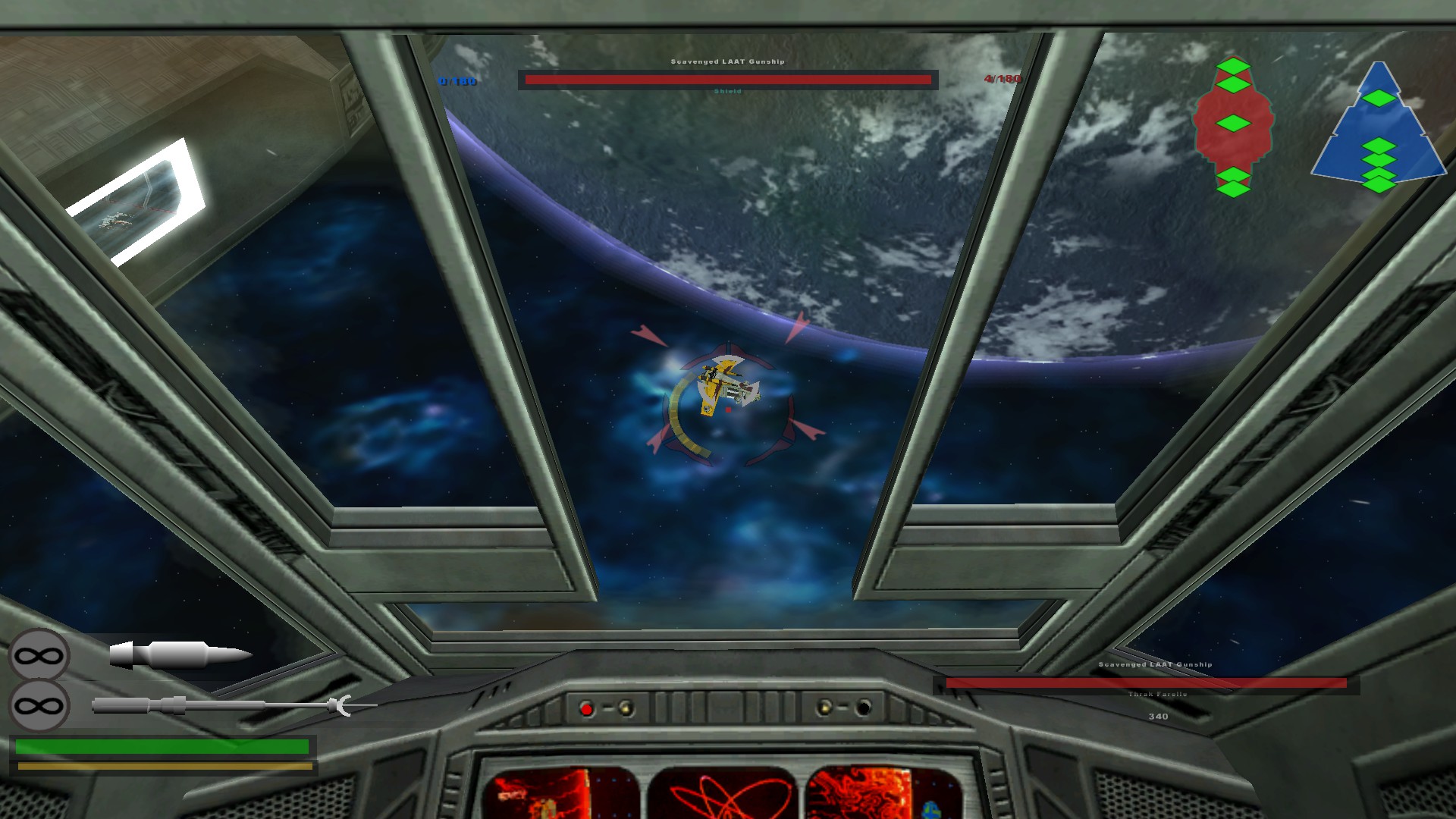 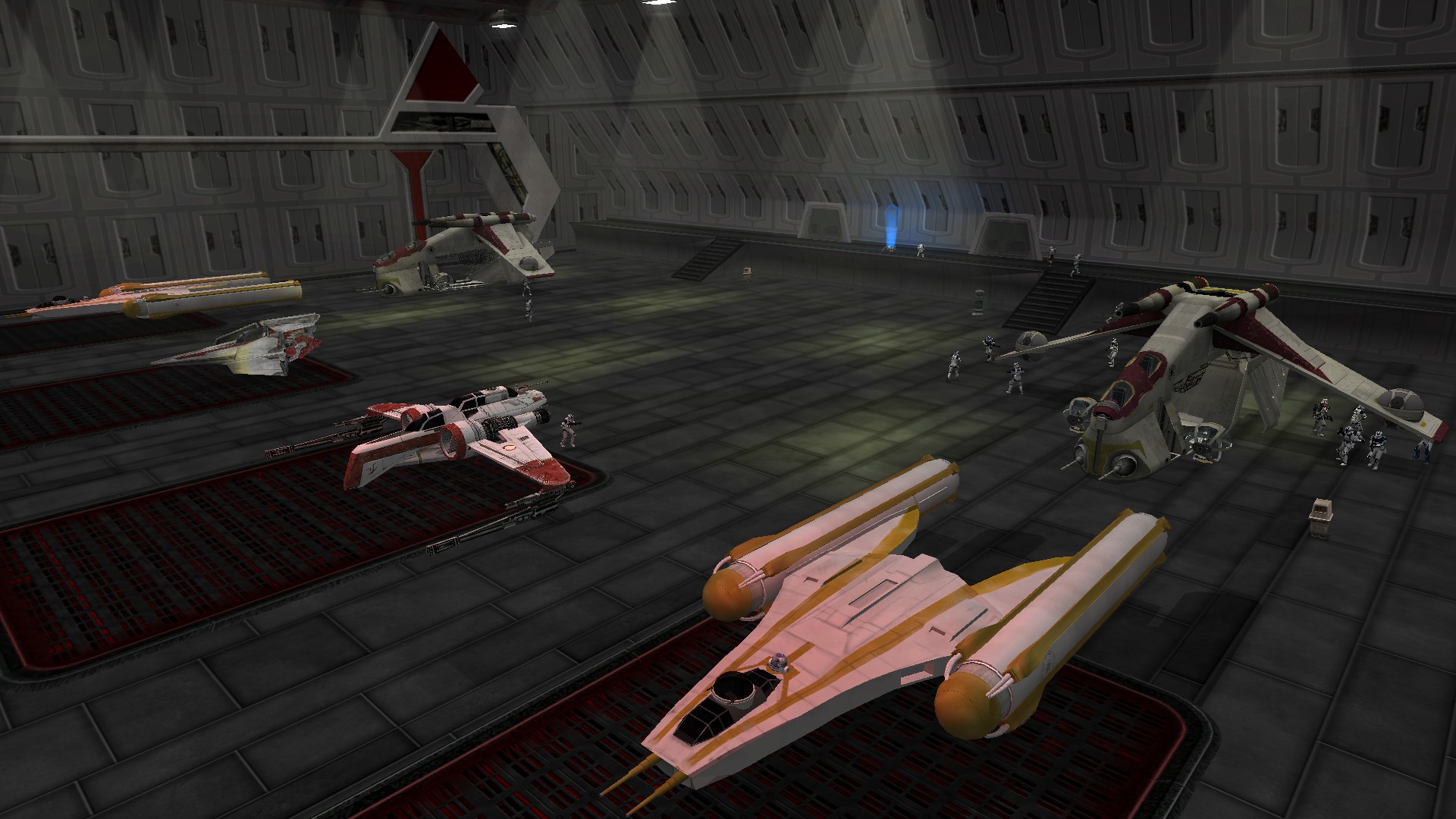 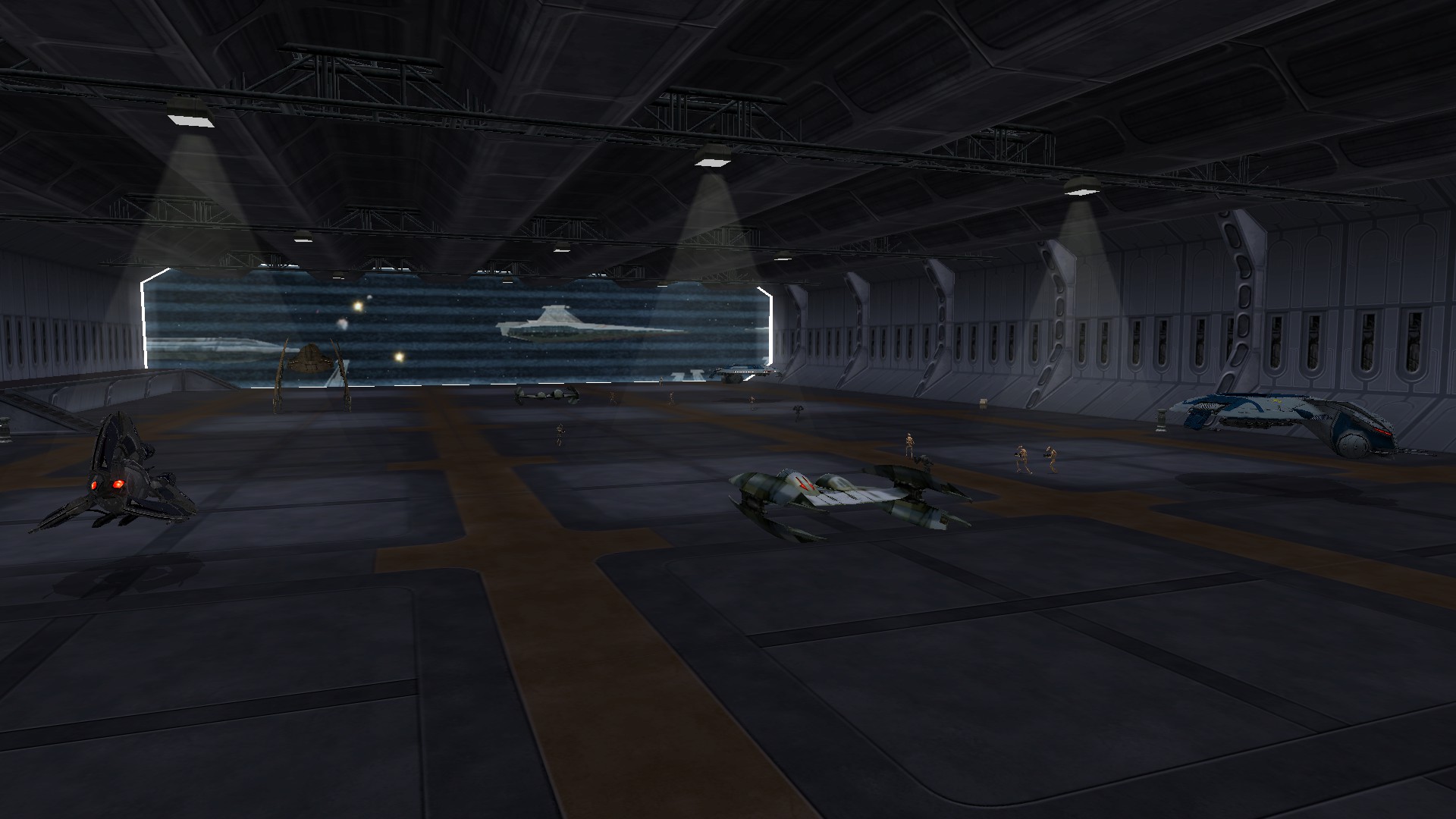 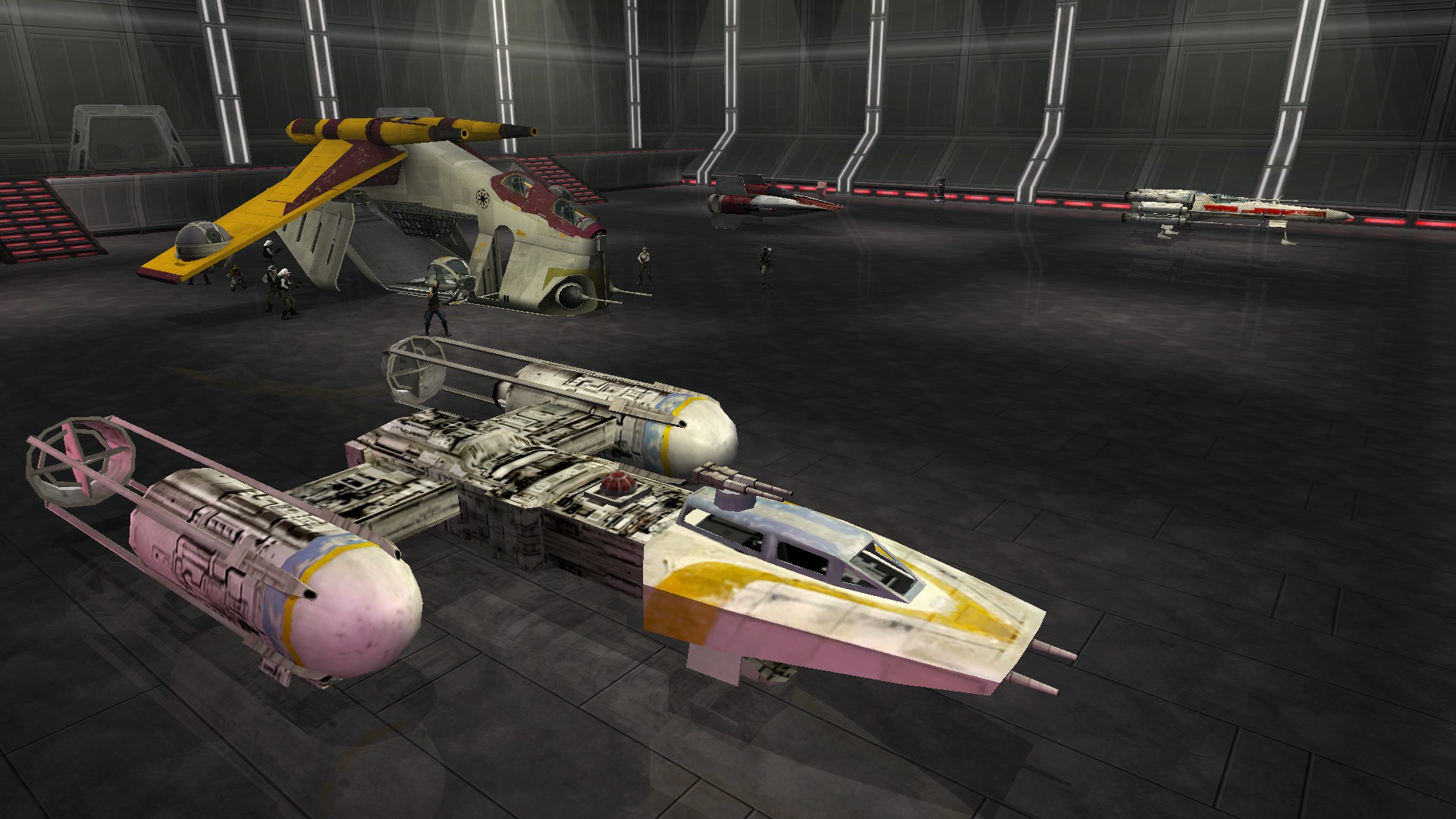 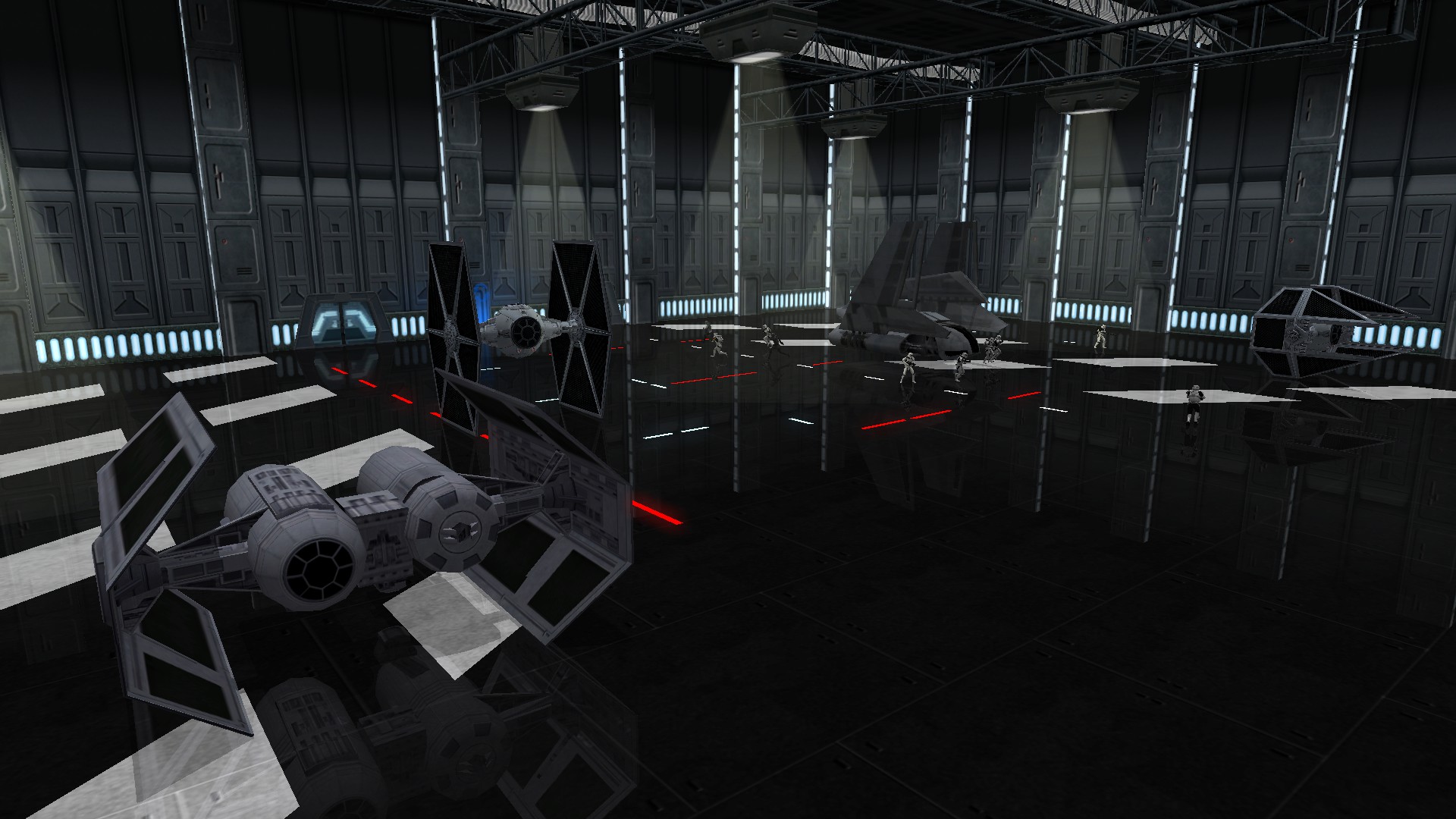 The changes I did to space maps aren't limited to sides and starfighters, I've also changed the ship turrets to be more accurate to the films: instead of those weird beam lasers, they now fire big blaster bolts. 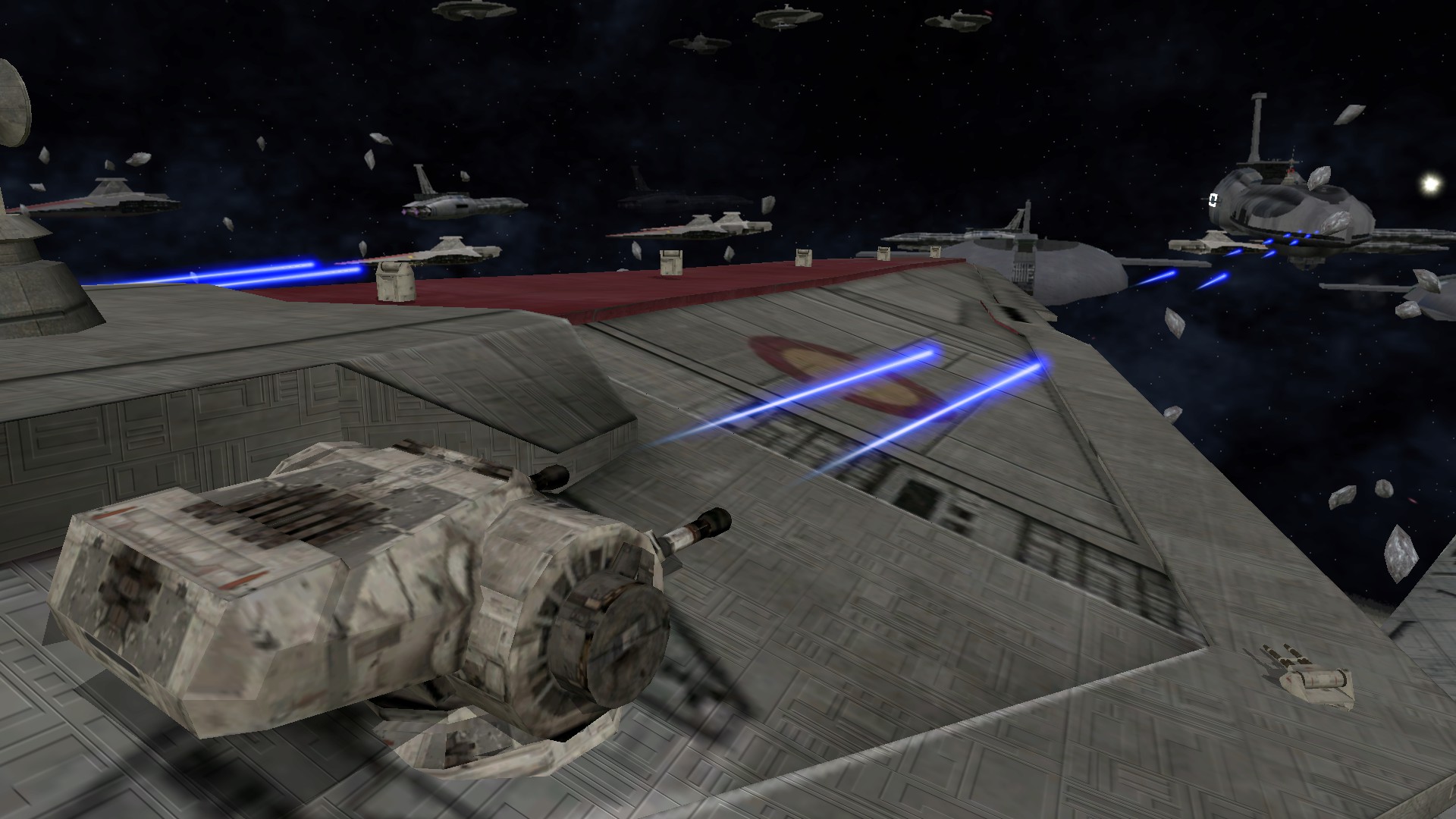 Same thing has been done for playable space turrets, the ones you can use from the consoles inside the ship. 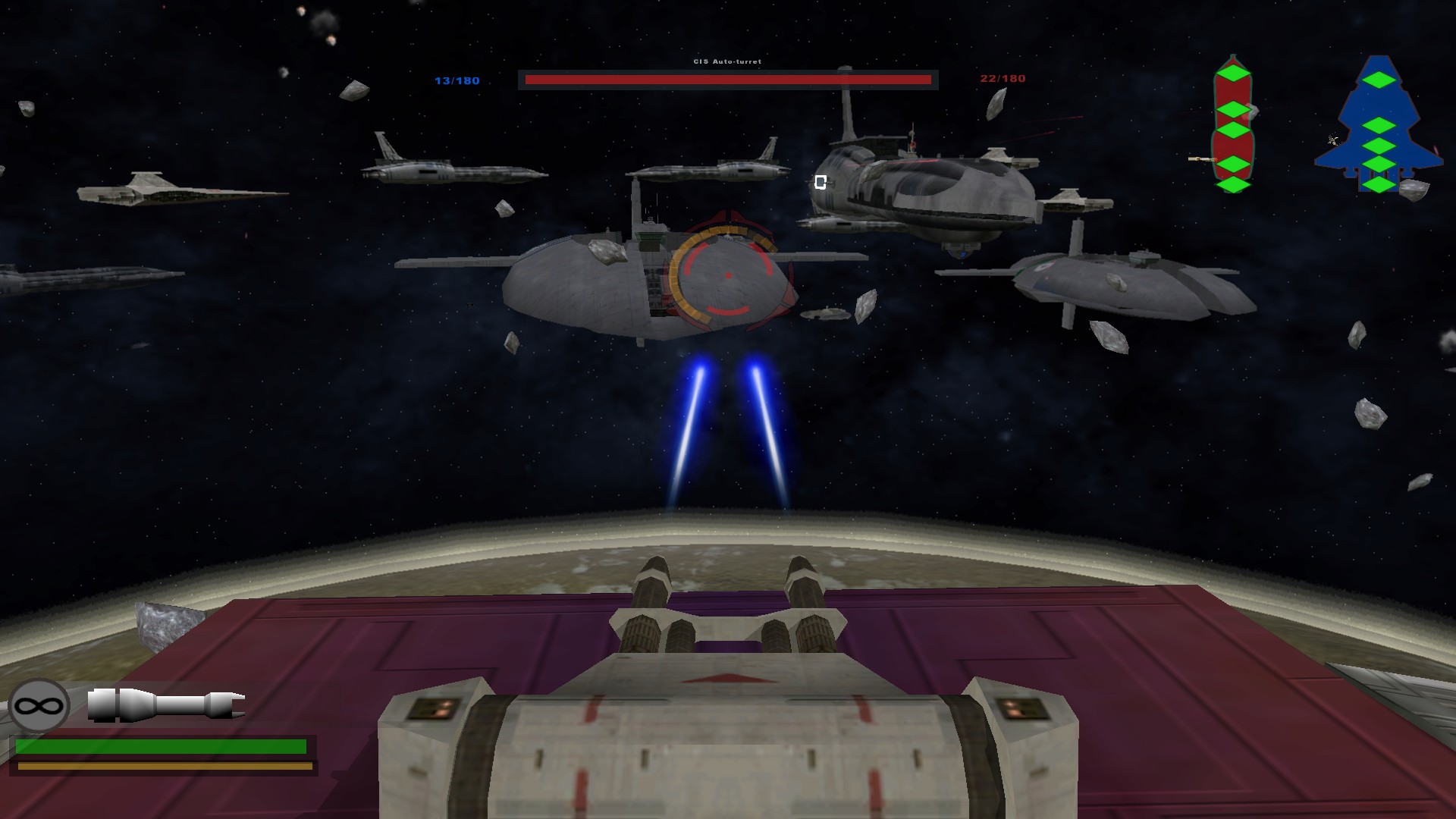 Unfortunately, I can't get the clone trooper legions cycle working in space so atm there won't be any rainbow troopers in space assault. 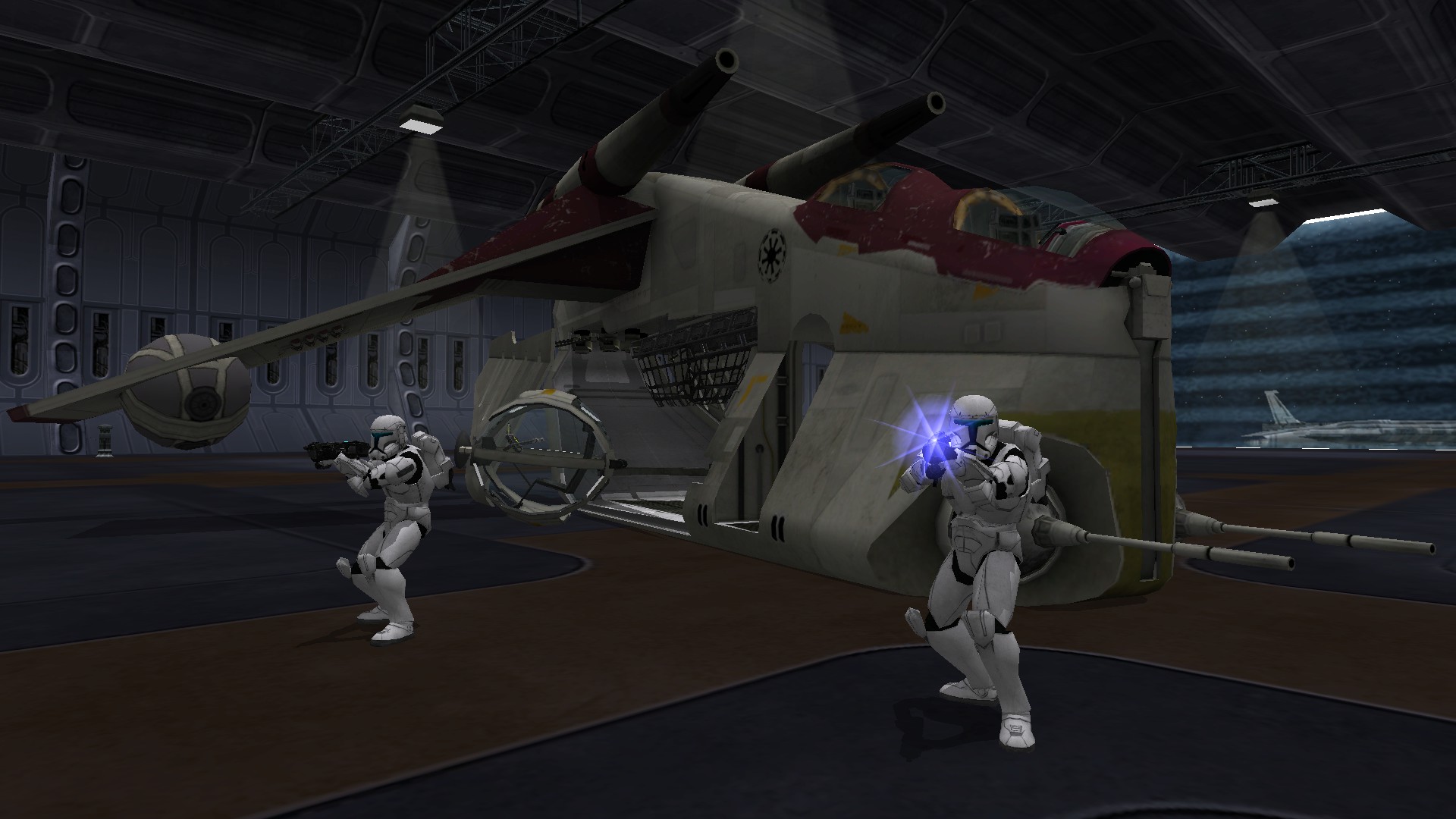 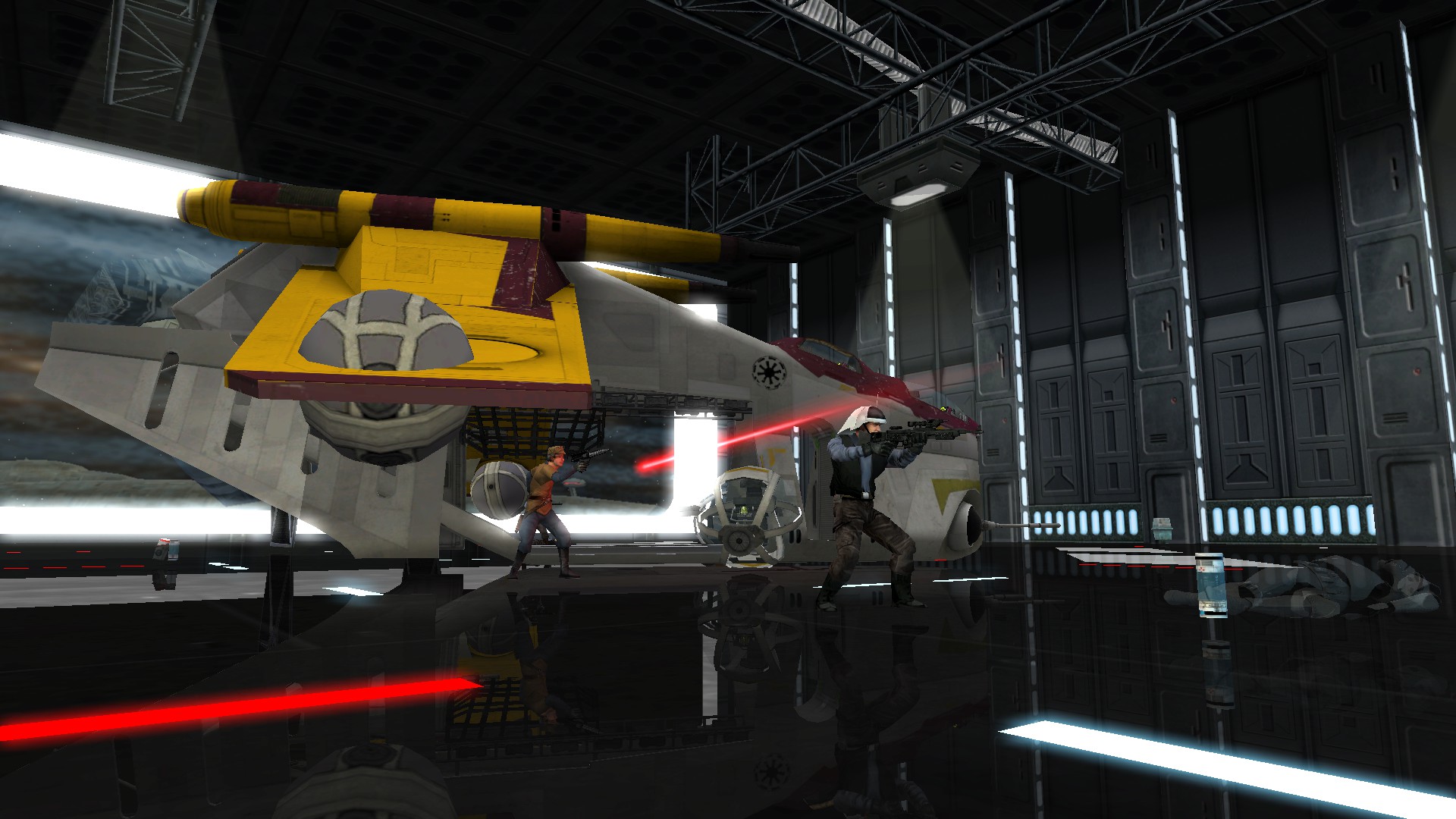 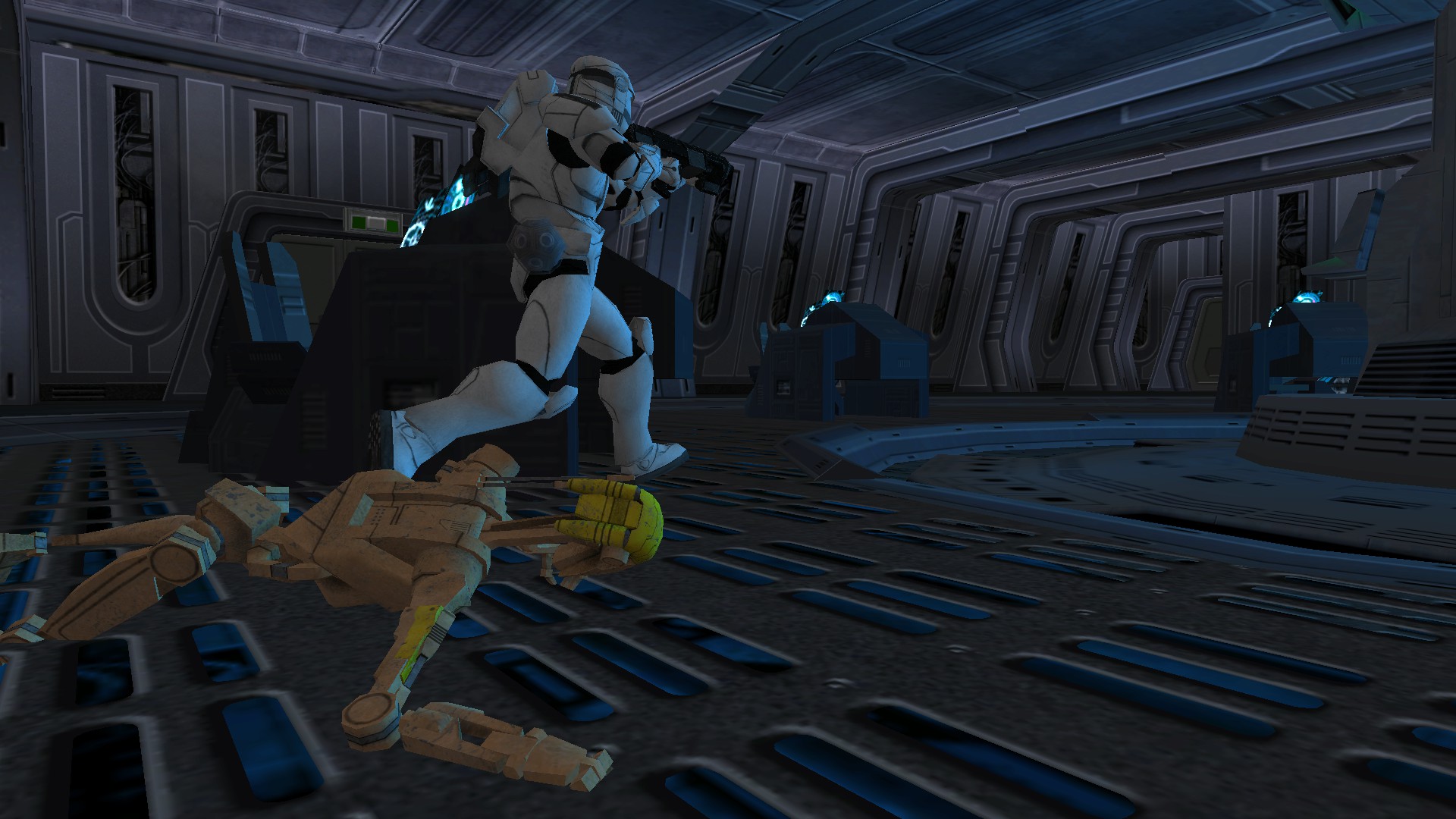 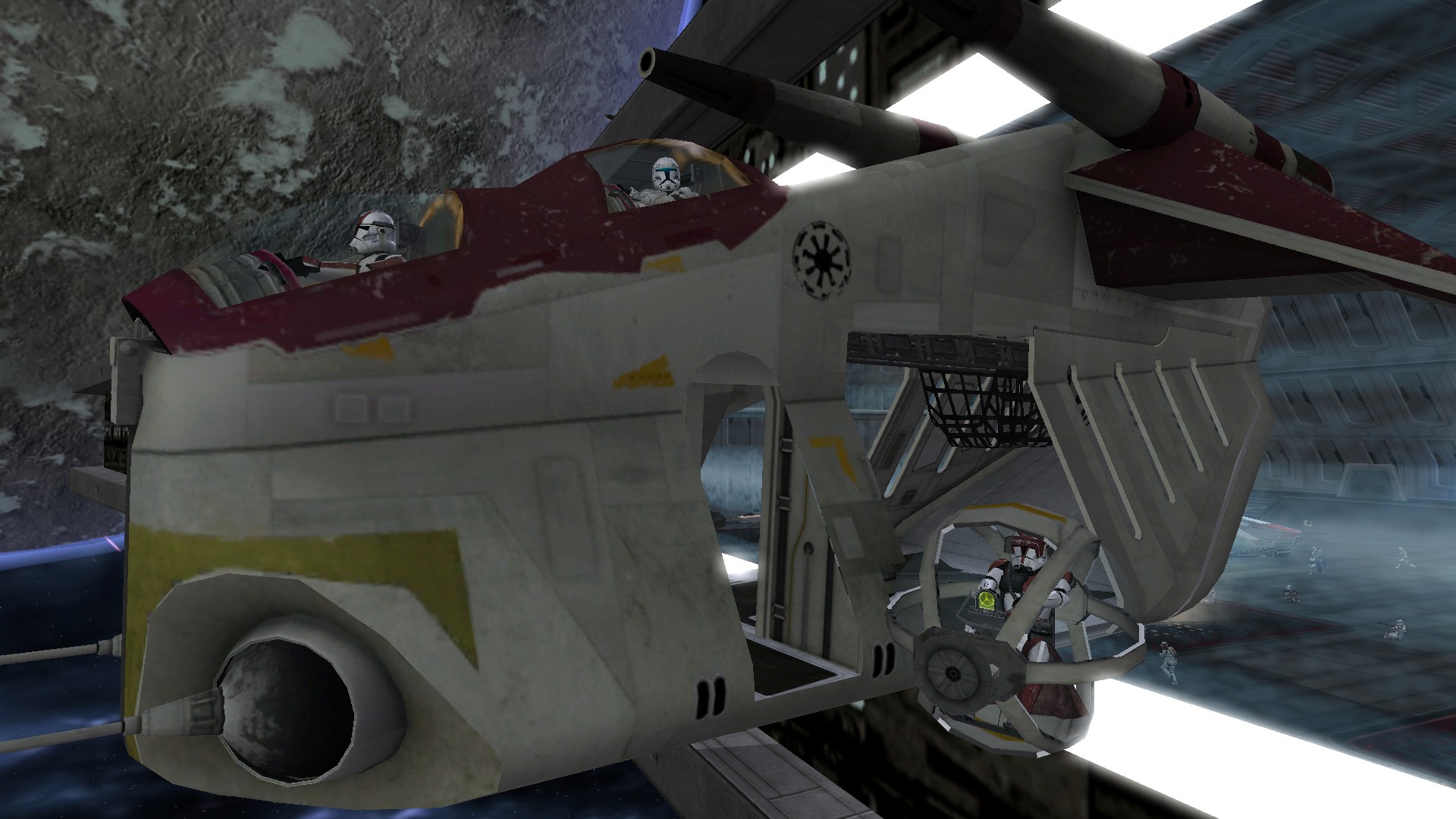 Anyway, I'm putting togheter the patch notes for 1.2 that should be released in a few days based on your feedback, so stay tuned.

Here you have a quick 5 minute victory video from my youtube channel:

Am I the only one who thinks the weapons are a tad overpowered?

Damage values are based on BF2017 stats and will not change

I rather like the current damage stats. I'd rather have my weapons have some damage weight to them like they seem to have in the movies.

Will sequel trilogy era be in the next version?

Not in the next

aye looks great delta. love the changes on the canons of the capital ships. nevee really made sense why it was a long *** beam in the stock game. question tho, have you made any changes to the enemy AI where they are capable enough to also board your capital ship and attack that way?

I can't do much about that, you still have to land the transport yourself into the enemy ship

Hey, I know for a fact that it is very possible, but very work demanding also. Check the Gametoast forums and search for something like "AI Landing in Hangars". I can assure it works as I've done it myself :D

Are BF1 maps working? I don't know if I downloaded the right maps...

Looks like you're making fighter blasters and antifighter guns (the manned turrets are not supposed to be Turbolasers) do 100% damage to structures rather than 10%, not really a fan of that idea. Capital ships are supposed to be very tanky and require torpedoes for Starfighter scale craft to do any appreciable damage.

Shields seem like a good idea in theory, but Battlefront's engine doesn't really work in a way that would make them accurate to the films, Every mod that gives fighters shields causes them to become insanely tough, far more so than they should be relative to everything else. Making a fighter able to withstand absurd amounts of damage when it's on its last sliver of health. If you can find a way to fix that, then I'm all for the use of shields. However I've never found a mod that manages to solve that problem.