Posted by Mauromagno_Patriota on Dec 25th, 2020

Like its forerunner, the Colt 1851 Navy Revolver, it saw widespread use in the American-Philippine war and on the American Western frontier, though far fewer were produced. It has the same general specification as the earlier model, but with a rounded barrel and somewhat different rammer.[2] While similar in design to the Colt Army Model 1860, the lighter recoil of the 1861 Navy's .36 caliber was preferred by some cavalry soldiers.

During the Civil War its main competitor in England was the Adams self-cocking revolver. The Adams fired a .49 caliber bullet and did not require the shooter to pull the hammer back. Colt's revolver was more popular because Colt mass-produced his weapons while Adams' products were handmade by skilled artisans. In the United States, Colt's main rival was the Remington Model 1858 revolver.

The Lorenz Rifle was designed by Austrian lieutenant Joseph Lorenz. It was first approved for manufacture in 1854, and was Austria's first all-new infantry firearm since 1842. The demand for the rifles was much greater than what the Austrian state arsenals could produce, so much of the production was done by private manufacturers. Many of these manufacturers did not have the skill and precision required to make what was then a very modern and sophisticated rifle design, and as a result, the quality of Lorenz rifles varied quite a bit. The bore diameters also varied quite a bit due to insufficient control of allowable tolerances. This often left too much of a gap between the bullet and the barrel, resulting in poor performance.[2]

Replacing the earlier Augustin musket, the Lorenz was first distributed to Austrian soldiers in 1855.[3] Despite its superiority to the Augustin, the Lorenz suffered from slow delivery and was sometimes used ineffectively due to prevailing conservatism in tactics and training. By 1859, the year of the Austro-Sardinian War, not all Austrian units had received the new rifle.[4] 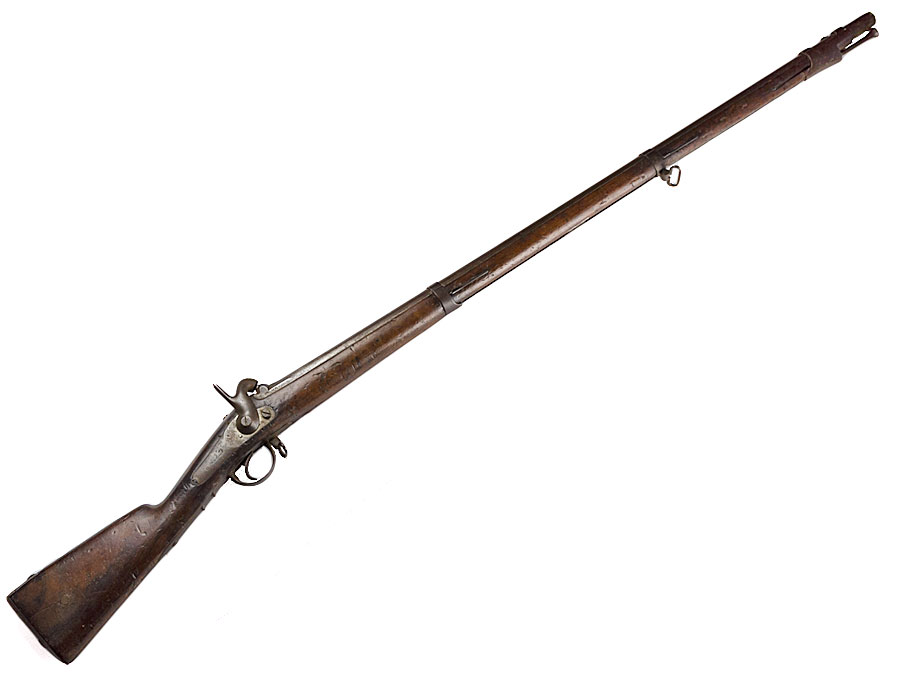 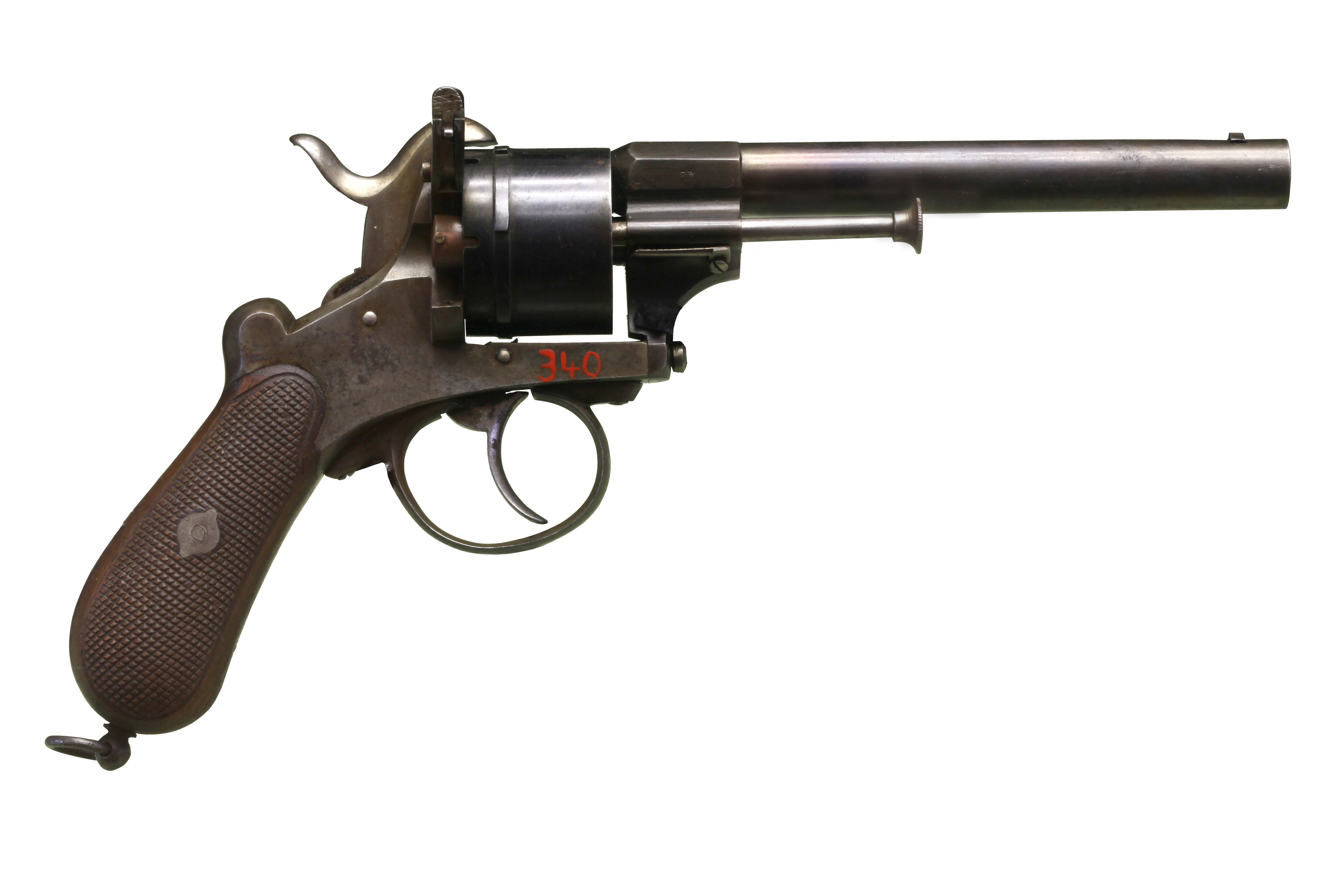 The Lefaucheux M1858 was a French military revolver developed for the navy, chambered for the 12 mm pinfire cartridge, and based on a design by Casimir Lefaucheux and his son, Eugene (also a gun designer). The 1854 model was the first metallic-cartridge revolver adopted by a national government; the 1858 was the first variant fielded[2] It was first issued in 1858 by the French Navy (as either the Lefaucheux de Marine mle 1858 or simply M1858), and though never issued by the French Army, it was used in limited numbers by the French Cavalry during their 1862 deployment to Mexico.[3] The 1858 was later upgraded in the late 1860s as the Lefaucheux de Marine 1870. It was accepted by the French Navy, but only 150 copies were delivered by 1872.[4] Models of the 1858 were also purchased by Spain, Sweden, Italy, Russia, and Norway. Most were produced either at the state arsenal in St. Etienne (MAS), Liege, Belgium, or local producers under license.[5] The revolver was sold to the civilian market as well. Most military models were produced only with single-action, whereas civilian models were made primarily with double action.[6]