VCMI is an open-source engine for Heroes of Might and Magic III with new possibilities include official mod support.

We're back with new major 0.99 release! A lot of work has been done to ensure game stability. A number of "impossible" crash bugs were tracked down and fixed. This opens up chance for better multiplayer support in the future. RMG has undergone huge improvement, it is now not only closely resembling OH3, but also works much faster. Bonus is about 150 random map templates ported from original game and fan favorites. Pretty much every aspect has been improved. Pay close attention to spells and che

Since 0.98f over 100 bugs have been fixed. Since 0.98 it's difficult to count. For the first time in history more bugs are being fixed than reported ;)

We also have daily builds for Windows up and running. 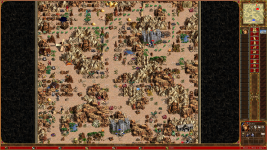 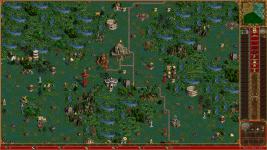 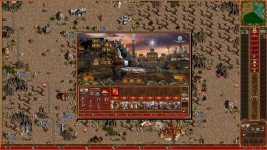 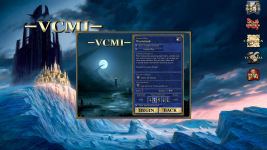 We recommend you first make a copy of clean Heroes Complete / Shadow of Death folder. Extract VCMI zip package there. WoG is not needed. All recommended mods and files can be downloaded via Launcher included in the package.

Please report any found bugs and issues on Mantis bugtracker

If you ever decide to do that feel free to join our forums.
There are team members who might provide project files and help you.

Follow
Mod SDK & Community
Built a game for VCMI and want to support mods? Try mod.io, a cross-platform mod SDK created by Mod DB which makes it easy to get a mod community up and running in-game. Currently seeking games to integrate and promote