The Enigma engine (also called the Blitzkrieg engine) is a game engine developed by Nival Interactive that is used in several real-time tactics video games, including their own games, Blitzkrieg and Blitzkrieg 2. Games that have utilized this engine include Blitzkrieg (with several stand-alone add-ons), Stalingrad, Cuban Missile Crisis: The Aftermath, Frontline: Fields of Thunder and Talvisota: Icy Hell, and World War 1. Graphics deliver realistic 3D rendered isometric terrain and details include seasons, climatic zones and weather conditions which can affect game play. Blood is present although it can be deactivated. The player has the ability to build pontoon bridges, dig trenches, lay mines, resupply and repair units or call in air support but there are no resources apart from warehouses which can be captured present in the game. 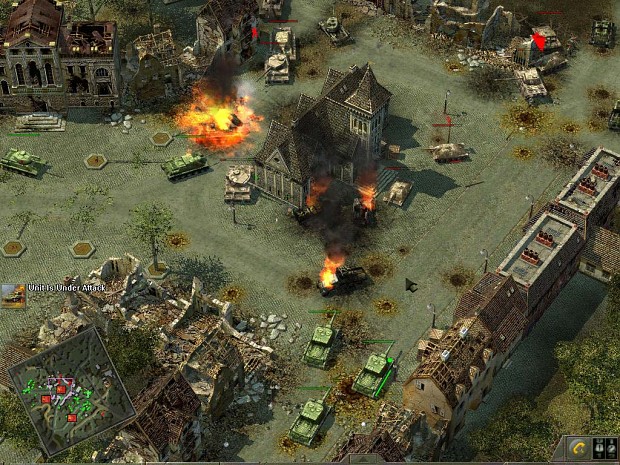