You will play as an unnamed special agent sent to Antarctica to investigate an incredible discovery. You will face difficult challenges from solving small quests, to fierce battles with the fighters of hostile structures and the deadly elements of the ice continent 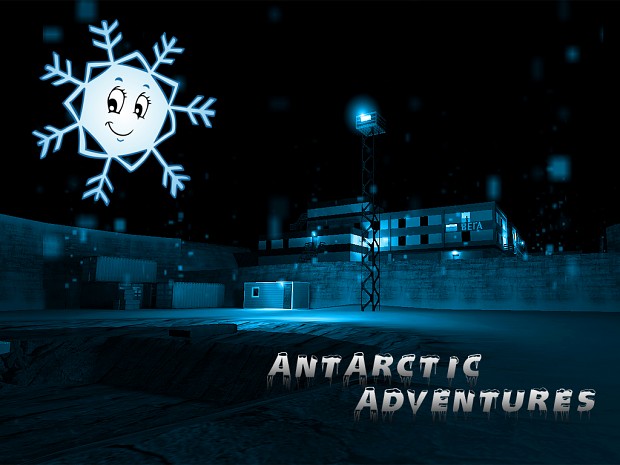 Friends! I tried to make the quests as clear and logical as possible. But if you have any difficulties with the passage, please let us know. I will definitely help you

I would greatly appreciate if you could finish this guide on how to get through the snow map where your health constantly drains. It's the most confusing part of the mod.

When the map begins (and you get the 'survive the ice field' message), make sure your health is 100 using the medkits provided, then run out of the cave to the right side of the path. You'll see a mound of snow - if you attack it it'll break, revealing a box. Drag that box over to the snowbank to the left and climb up, then run along the wall to find an alcove with a couple of health boxes.

After this, keep going along the wall to find a proper path. Stick to the left and you'll eventually come across a tent. Run inside and use the furnace to light it, which will allow you to regain your health (pro tip - you don't need to be inside to do this, since standing on the outside of the tent works as well). Outside the tent you'll find a pair of snow-covered boxes. One can be broken open to reveal some grenades, the other can't.

Once your health is back to 100, return to the path and, from the tent, stick to the left. You should come across a snow-covered vehicle. You can't actually use the thing - you can try, but it won't work, though if you head inside the back of it you'll find some shotgun shells in a crate - so instead follow the direction the vehicle is facing and you'll see a snow-covered barrel. If you shoot it, it'll create another fire that'll recover your health, but you'll also cause snow to drop down over the path you actually need to take. Oh no!

Fortunately, there's another path you can take. Return to the vehicle and then head back up the path you initially came down. This time though, as you climb up, head to the left. You should see another snow-covered box (it contains more grenades). Ignore that and instead head to the far left corner of the area to see a hole you can drop down - this was here before, but was sealed off until you blew up the barrel.

Drop down the hole to find yourself in an ice cave. If you head through and turn left, you'll go through a more open area and eventually reach a blocked off section. Break it open to reveal medkits and a path back to the surface... which leads back to the vehicle.

If you head back to the ice cave and go back down the RIGHT path from where you dropped down, you'll come to a room where, if you look up, you'll see a rope. Unfortunately you can't actually reach it...

NEVER MIND! Figured it out.

So. Go back to the tent, regain your health and then find the large box. You need to push this along the path and use it to climb onto the giant platform in the middle of this path - once you do, you'll find a grappling hook. Grab it, refill your health at the burning barrel, then dash back to the ice path.

When you return to the area you couldn't climb before, you'll automatically use the grappling hook to form a climbing rope - climb up that to reach another path back to the surface, which is beyond the snow that blocked your path. Drop down, head left and you'll find another tunnel, which is the end of this section.