This mod replaces the English Empire with the British Empire. I was inspired to create this by Mozza's old mod. There are no gameplay changes. Feel free to use this mod however you wish. Features: -Unique UnitArtStyle with many flavor units, most change to match era (very early units are celtic, middle ages units wear crusader garb, red coats are no longer worn in modern era, etc) -Seven new leaderheads for Britain with unique diplomacy music and diplomacy text -Better graphics by addition of Improved Graphics for CIV v2.0 by Chuggi and Blood Spatter effects by seZereth/Walter Hawkwood -Revised city list to include cities from across all of Britain -Historical names for Redcoat units -Replaced St. George's Cross with Union Jack -Changed British civ color to scarlet red, as their maps were traditionally colored 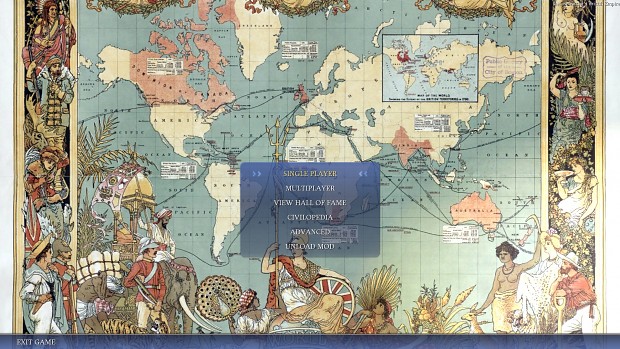 Awesome mod! Always wanted to play as the King of England, and I like that you made them red. Though, I think that the British should have been the Japanese Bright red and the Japanese white, not to mention that I think making the Man-o-War a unique unit as a replacement for the Ironclad would have been better.

Civilization IV: Beyond the Sword Turn Based Strategy
Related Engines