The American Revolution Mod v3.2 Tenth Anniversary Edition *This version includes the all fixes from the previous versions.* Version 3.2 to version 3.3 Patch now available! Here's what you can expect: Overhauled BAI and CAI, A Vast Selection of Units, Unique Custom Campaigns, support for up to 40 unit army stacks, Improved Graphics, Music and Sounds with a Launcher and Management System and more! 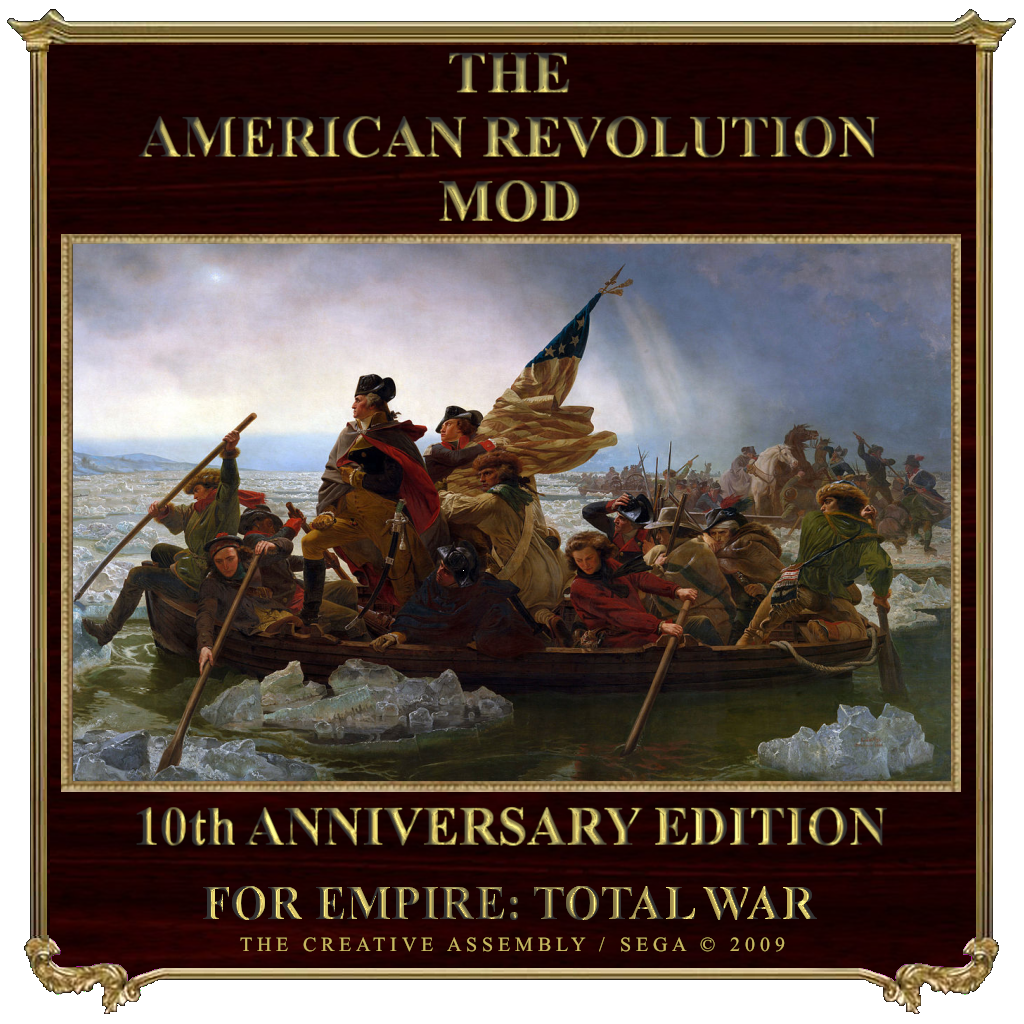 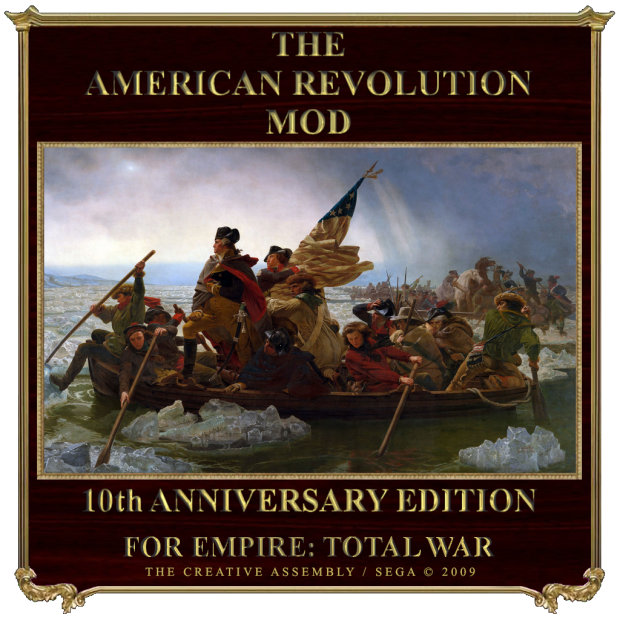 I'll be streaming this later today on my channel. Can't wait to get into this :)

Will you be updating this mod in the future as on the Liberty and death it is unstable and crashes. Also on the the normal Empire cannot not get new genrals pictures and agents.Also the game could do with better music.This a good mod would be a shame to see it not updated.Thanks.

Here is another great mod for Empire! Definitely want to check this one out, it is very stable I will be doing alet's play on this next week! :smiley: Let me know if you run into any issues in the comments!

Will you be updating this mod in the future as on the Liberty and death it is unstable and crashes. Also on the the normal Empire cannot not get new genrals pictures and agents.Also the game could do with better music.This a good mod would be a shame to see it not updated.Thanks.

Heya, the download speed for the mod via MODDB is quite slow, do you guys have a torrent set up or anything like that so I can download this faster?

Nevermind, I went and found the forun on TWC forums and got the google drive link from there, for anyone who's looking to be able to download it faster than via here, the link to their download thread is - Twcenter.net

Great mod guys! Just wanted to point out some glitches though. When playing as campaigns starting in 1700 recruiting a new general only shows a blank avatar, same with new cabinet ministers. And sometimes when I try to take/siege a city it doesn't give me any option to continue siege or assault, the avatar just stays in a siege position. I think I've only noticed that when playing other nations other than the US. I also noticed that fog of war is only present when starting off in 1700. If I start with a later campaign there is no fog of war, I personally prefer fog of war, would be nice if we had the option to disable or enable fog of war. Lastly in the campaigns that start after 1700 damaged buildings don't show any smoke which makes it harder to track which buildings need repair.

Do we have to have Steam to play......I have a limited if any internet connection....

hi. i have a problem. My units are without name and when im trying to play a battle my game is closing. I've uninstalled mod 3 times but it didn't help

Hello everibody, thank you for the mod, i have an installation problem, after the full install i don't have the TAR link on my descktop, so the mod never start. After the full installation, that i have done in an original version of Empire Total war, i started also the game after the installation process, i had the Game menu but if i digit on the different version the Game never started. Please help me, i really like to play with TAR mod. I have done different installation tentatives but the problem remain, i donìt have the link of the "start TAR" and the game never start. I install the game as administrator, at the end i close the menu, because no on version of the game started and i don't have any file in the Empire Total War folder, so i'm not able to find the START TAR link and the game won't start.
Thank you in advance for your help.,

How i can get the TAR Launcher, i installed the TAR tenth times but never had the Launcher in my descktop!!!

I installed the whole mod, everything fine but when the game finally loads the brackets which were meant to say somenthing were empty and when I loaded the map it didnt show up the cards of units.

Got the same problem.

NVM lol
You literaly just have to change the game language. Mine was in German. So it worked when I changed it to English both in Steam and alsot he mod

I can't believe I just found this work of art. Beautiful work. <3

This is the best looking mod I've used for Empire, the amount of detail on the weapons and uniforms is breathtaking!