The Three Kingdoms (AD 220–280) was the tripartite division of China between the states of Wei (魏), Shu (蜀), and Wu (吳), following the Han dynasty and preceding the Jin dynasty. The term "Three Kingdoms" itself is something of a mistranslation, since each state was eventually headed not by a king, but by an emperor who claimed legitimate succession from the Han dynasty.[ Nevertheless, the term "Three Kingdoms" has become standard among sinologists. To further distinguish the three states from other historical Chinese states of similar names, historians have added a relevant character: Wei is also known as Cao Wei (曹魏), Shu is also known as Shu Han (蜀漢), and Wu is also known as Dong (or Eastern) Wu (東吳). 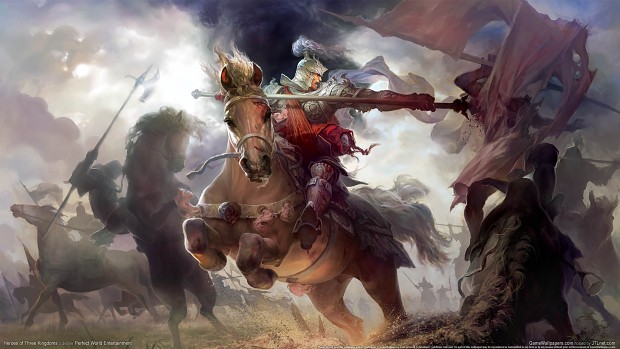 Can you please make it so we will be able to duel before each battle and enlist in lord's army as ordinary soldier? That would make your mod the best out of all 3 kingdoms mods!

it request tutorial do you have one for me?

I dont know how to do that

this mod have duel mode. Can you look into it to see if you can implement it?
Nexusmods.com?

I dont know how to do that

I see Yuanban and Mod 190 options.
On Yuanban, i got no unknown stone?
Love the music and ambience! Thanks

Forums.taleworlds.com
this is a dueling kit made by a guy on the forum (i had nothing to do with it but i thought you might find it helpful)

Wait, I think we can duel before battle after all. Weird because I was not be able to duel before.

becouse they went even gayer after 5.

Which one do i have to download to not get the Dynasty warriors things?

Am looking for a good somewhat realistic 3 kingdoms era mod. Not Brytenwalda levels of realism, but more Gekokujo levels.

Golfthai, this is by far my favorite of the RoTK mods. Just started playing and I already like what you've done. Are you still working on it?

Hi, love this Mod.
Does anyone know where to find the 4 Stones?
Cheers!!!