Still an alpha and test but shall be much more playable and enjoyable. Swapped Cavalry and Drows recruitment and all recruitment cost adjusted, nerfed higher tier Undead armors a bit and Devourer of Worlds is more balanced, the 4 smaller kingdoms are allies as how it was before the patch, when starting as Nehebkau you'll now have an npc in party which you can replace the default minister with, fixed/edited some stuff in Ordo Serpens castles interior, replaced all castles using siege towers with destructible doors castles, edited pretenders stuff, renamed all lords, ladies and some mercenaries. 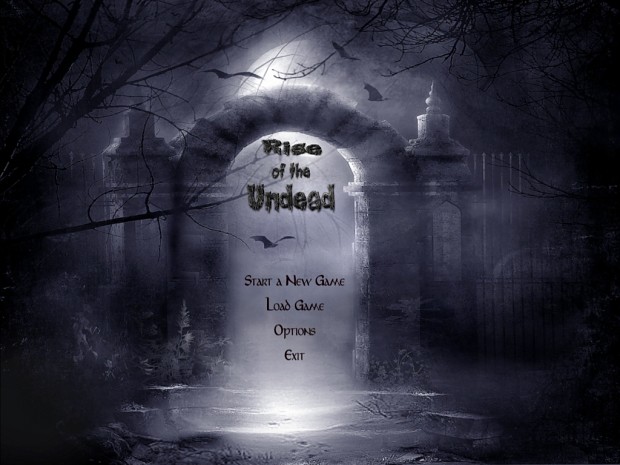 Wait were there previous versions to this one? Were they deleted?

Yep,but this one is a stand alone.

There was only 1 version before this one, was removed because there isn't any reason to keep it up. These are alpha versions so I'll keep replacing them when a new version is uploaded.

What will be added to the next version?

I'll add an alternative start as a wandering Spectre eager to join the legion and of course I'll add freelancer for that ;) I'll maybe also overhaul the food/morale thing if I got the balance right in this version, for that I need feedback about game balance (I'm still waiting for someone to comment on this matter). Maybe also add new items and special troops and maybe some kind of power too.

This mod looks really nice, I Think I will take a look on it.

Your mod is far better then my Little mod. ^~^

Yeah I'd love to fight for the Golden Empire or even just start my own empire and fight against the undead.

I can say you work really fast. :)

I'm downloading now and hoping it will work properly. I've had issues ever since this comp got switched over to windows 10. I'll mention any problems I find and hope you keep up this great work.

downloading now, let me know if there's something specific I/we should be looking for.. Gotta say it seems awesome

You just had to delete it, now I don't know which alpha I have, this one or the previous one

To The Creator: I Love This Mod So Much,,The Idea of controlling Evil Is actually interesting to me,,so i need to ask something of you: the other mod called: Light And Darkness,,it was a mod wich i totally enjoyed,,and since i'm a big fan of Evil generally,,i chose the dark side,,the thing is...the creators of that mod has added Special powers you can use wich change the tides of battle. (e.g): "Thunderstorm" "Doom Buran" "Bleach kiss" but that mod hasn't been updated for 3 years..3 years waiting for the sequal..so my point is..can you please add special powers to Your Mod? it will satisfy the people who waited for Light and darkness Chapter 2,,,thank You!

I do intend to add some kind of power yes.

yea this might be a dumb question but...is this based on anything or an original creation ?

If you mean the lore, yes it's original although with influences from diversified sources.

Hey... I've tried to download this through Abode as it looks like a decent mod, and it isn't letting me download it. If the author or someone who has read this comment, I would be truly grateful.

Well with Google Chrome works perfectly fine that's what I use.

Please add a way to change the font, I have problems reading the font at times. As if I was want to talk to a lord, the text is too small for me to read well.

Need help !!! Property me the content downloaded but do not know how to access it, I aslo it can not play

Instructions are in description.

Yes, I have downloaded everything, and tried to open it but I do not know where to open it. When I click on the folder is there Data, Textures, Sounds, Music
and other 30. have no idea what I should do

copy the main folder into your modules folder and you're done

Can I start as a human?

what happend here. i just extract it to the modules and then i got 3.792 corrupt files. i can't play it

Redownload? Also use 7zip to extract to avoid issues.

Redownload and use 7zip to extract.

Sorry, you can not download a patch something to not have to download all denuevo , for which we have a bad internet: b
sorry if I wrote something but do not speak much English .
excellent mod congratulations

A patch for what? This is the only version available, there was another first version but that was long time ago already.

the words are unreadable

i don't know what to do

hello just wanted to ask if your (this Mod) still being worked at and will be updated or if its dead like must mods out there.

hope this mod is still active cuz it looks awesome! :)

If there are errors I hope you understand, first moral: I found strange skeletons leave the army.
Second, I found even stranger skeletons feed.
Third, I do not know it's just me, but the game crashes in sieges and battles villages.
I understand that is an alpha version. So mistakes are acceptable.
I hope you can provide the files so it can be translated into other languages.
PS: I wrote with in short sentences to avoid google translator errors.
Ps.2: The mod is incredible.

The crashes means you need to lower graphics settings and/or decrease battle size. The moral and food thing is because this is an alpha and many things were left to be done.

is this awesome epic amazing mod still in development? =D

Why this is still alpha???

I hope this will get finished soon.

Hey :D When will the new version of this modification come out?