Painkiller is a first-person shooter video game released developed by Polish game studio People Can Fly and published by DreamCatcher Interactive in 2004. It is notable for using the Havok 2.0 physics engine extensively. The single player campaign gameplay involves killing large numbers of monsters. The game was particularly well received for its multiplayer experience and was featured for two seasons on the Cyberathlete Professional League's World Tour. The game is inspired by such classic titles as Quake, DOOM and Serious Sam, with the emphasis on killing large numbers of monsters. The game is divided into five chapters, each about five levels long. The player's objective is to get through each level, from start to finish, by slaughtering hundreds of monsters. One of the game's most important aspects is its diversity. Each level presents a new location with various themes and graphic styles. The levels include castles, monasteries, an opera house, graveyards, and more.

English Language:
Fully completed all changes on maps that I edited personally without the help of anyone. Time was spent more on the creation than on testing the passage of the cards. Tested maps not only from the editor PainEditor.exe, but also through the executable file PainkillerFF.exe.Now you can rightfully consider it an Addon, Addition or Patch to the game, which fills the card textures, objects, subjects, secrets, lighting, music, if you compare the standard mod Painkiller Fear Factor 5.1 and this modified mod - you can see that the game was not boring, where it is even easier, the only thing left to do is 3 cards change that you pass automatically when you download, and so they are tested by me on the passage of the complexity of the Nightmare, it is possible to pass if you play at the level of sleep or Insomnia - it will be even easier to play, the changes are just global on some maps. Propixel level with the Boss on the map E2_L6 the Level of the Swamp, who could not pass it, you pass it immediately, while get Tarot card, provided that the difficulty level is not below Insomnia, many have likely abandoned this game because of this level, in General, saved the game, added music from many sources, games, movies, some processed to the level of the PAL version. In General, called this update PainKiller Fear Factor 5.11 Unofficial - it facilitates the game in terms of passing several levels, as well as someone can give an incentive to continue to create or Supplement this game on this engine, making something new.

In the folder of your installed game to find it, click on the game shortcut with the right mouse button and look for the location of the file, that is, the path where the executable application is located, the path will be something like this. D:\Games\Painkiller Fear Factor\Bin press the left mouse button on the name Painkiller Fear Factor next to the name Bin "at the top in the center" > see three folders: Bin, Data, SaveGames. Everything that was unpacked from painkiller Fear Factor Pack 1,2,3,4 archives you simply copy or cut out the data folder from each unpacked archive then we insert into the folder of your game with replacement of all files, after that changes will come into play.The option to install another.

Unpack each archive, you will get 4 folders with the name:

PainKiller Fear Factor Pack 4
Then you create a folder with any name thenGo to the folder PainKiller Fear Factor Pack 1 cut or copy all 3 folders Bin, Data, SaveGames in the folder with the name that you called your name, then go to the folder PainKiller Fear Factor Pack 2 cut or copy everything in it lies in the folder that you called your name with confirmation of replacement, if asked, then from the folder PainKiller Fear Factor Pack 3 and then PainKiller Fear Factor Pack 4, in the end you will collect the full game, the game startup file is in the folder bin. This game is in the Russian version.Tip 1: When you start the game, start playing music, press Esc to load the Main Menu, then presses the Scroll Lock button in order to restore the original color-scale of the first PainKiller, may already be the original color-scale.Tip 2: To turn on the flashlight in the game, press the L key, it will turn on only when you play for a while at the beginning of the game.Tip 3: For those who have never played this game, it is better to choose the difficulty level of NAP, but you can not open the Tarot cards giving special.abilities like slowing, gains bonus health, etc., which can only be opened from the level of complexity of Insomnia, each card has a quest, such as complete the level without armor or seversiti just to see this quest at the level of the press TAB and hold to read description of statistics on the map where you are playing.Tip 4: the screen Resolution is 1280x1024, in the game settings can be changed to your own, those who have a dark screen after starting the game, you can right-click on the game shortcut and click on the compatibility tab - put a check mark to run the application in 640x480 resolution then you can already change to your own.You at least play, I spent a lot of time to facilitate and diversify the game. I think this mod is currently the best of all that is only for 2017. 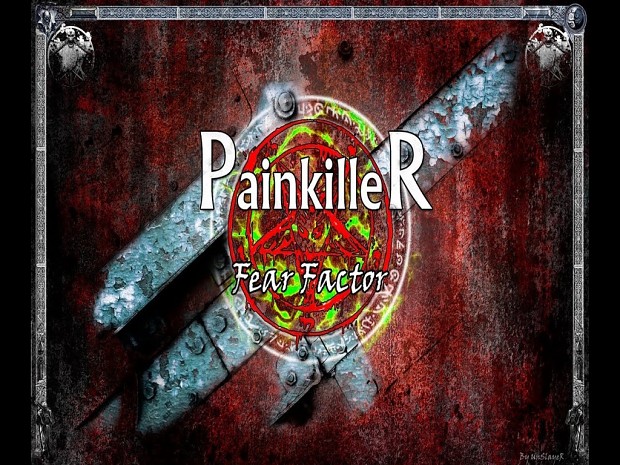