Gideon was a human male who served as an officer in the Imperial Security Bureau, a law enforcement and intelligence agency of the Galactic Empire. By around 9 ABY, he had acquired the legendary Mandalorian weapon known as the Darksaber and risen to the position of moff, leading a remnant of the fallen Empire. While leading his Imperial remnant, Gideon sought out a high-value asset known as Grogu, a Force-sensitive youngling necessary as a blood donor for his experiments. After Din Djarin, a Mandalorian bounty hunter, went rogue and rescued Grogu from a detachment of Gideon's forces on Nevarro, the moff took an active role in acquiring the child. He was eventually successful, when his dark troopers captured Grogu on Tython. Upon Djarin's effort to rescue Grogu, he was defeated in combat and detained, as ownership of the Darksaber passed to Djarin. 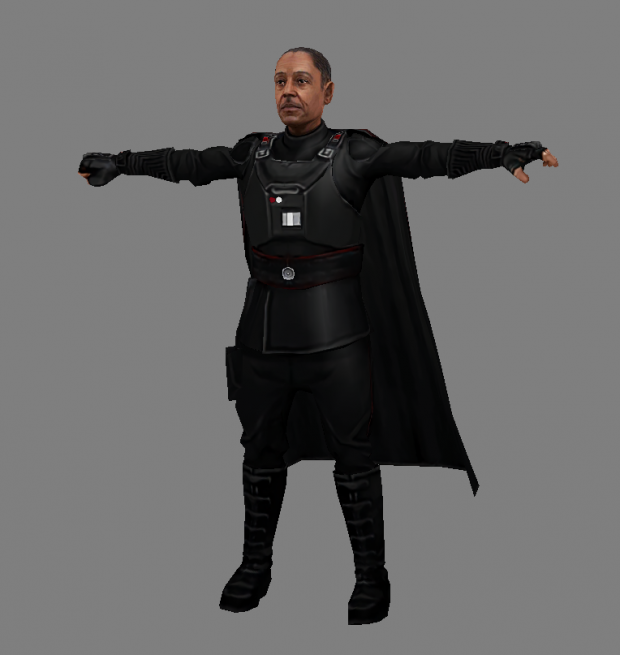