Developed by Jarcho, modified by timebomb. This is a tool used to extract the data files from Torchlight 2's DATA.PAK file. The purpose of this tool is to allow for people to start making mods as soon as we figure out how to load them. At this time (on launch day, September 20th) modding is not yet officially supported, but according to the developers it should be possible to get the game to load some form of mod by using a similar technique to Torchlight 1 - recreating the MEDIA folder's structure with replacement files under a specific folder.

This is a minor modification of Jarcho's Pak Extractor Tool. See the original tool here: Runicgamesfansite.com

The changes are as follows:
- Files extracted will no longer end with the ".adm" extension. (This is due to the discovery that Torchlight 2's DATA.PAK no longer uses the .ADM extension.)
- This application will now always output an error or finished message rather than instantly closing when something goes wrong or when it finishes. The console will not close until a button is pressed, as to allow you time to read the message.

To learn more about how to mod Torchlight 2, go here: Forums.runicgames.com
cienislaw has created a few excellent tools to allow you to make the extracted .pak files readable as well as to patch them into the current data.pak. Learn more at the aforementioned link. 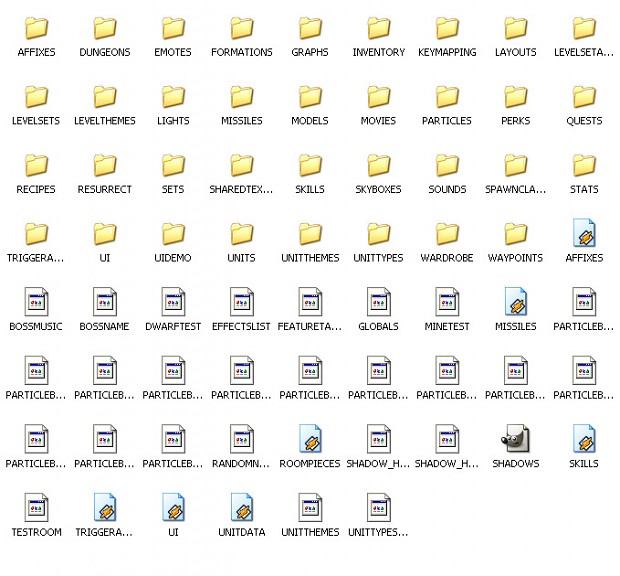 Fatal Error: unable to extract. Press any button to exit.