And here is the next big update to the mod, adding the Border Worlds faction back. But better than what we had in the previous versions, the faction is now updated graphically to be on the same level as the Confederation and the Kilrathi for your enjoyment! In addition to it, the faction was seriously reworked, with additional fighters/bombers being set up for it plus unique customization options for their heavier ships, making the faction much harder to anticipate. The underdogs from Wing Commander IV are back, and they mean business! 2017 update: a number of bugs were fixed, included the dreaded landing fighter loop. In addition to that, there's now a convoy system where convoys come to deliver RU from randomly positioned jump buoys. 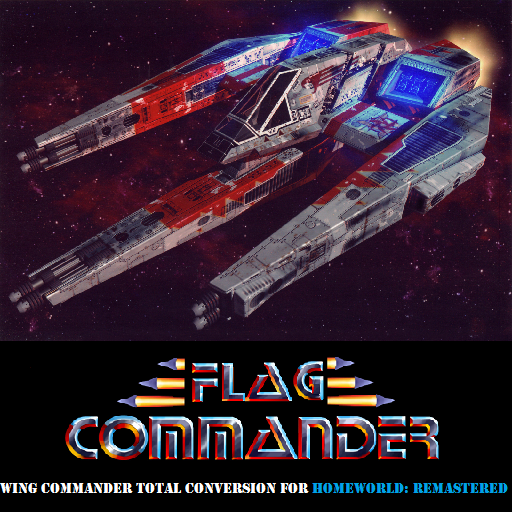 I was already beginning to think that you forgot the project. Time to test. Thanks!

So time for some bugs.
1. Please check ability to hyperspace jumps on some Confed ships, Kilrathi Starbase (main) and BorderWorlds Frigate. They are still able to jump. I am not sure is it fun to chase damaged Kilrathi Starbase across all the map.
2. Some strange bug with docking to refuel - the fighters cannot land on a carrier and/or starbase. I am still trying to track what helps them to land - producing a new carrier, or maybe clearing the deck with starting all fighters from hangar.
3. Please consider adding some countermeasures to fighters. It's a bit strange to see how all your Hellcats and Thunderbolts (twenty or more) cannot intercept bombers, there are almost no chances of evading Bomber's missiles.
4. And I cannot find the bouys. Have you added 'em?

5. Found another one. Please check the unit cap. All what I can build for capital ships' Standart cap was Eagle, Ranger, Jutland, 2×Southampton and 1 Savanah. So it's impossible to create more than 1-2 small battleground.

Heyho ;-) nice to see that this is still going strong...

I fear however that it might be advisable to reduce the scope of the mod somewhat, importing every fan made model out there just murks the style. Klav's awesome high-polys next to the completely differnet WC Saga Models for instance just look wrong. I know you made efforts to smooth things and textures but for me, it still clashes a lot visually.