This is the first non-beta version of the original Day of Defeat, which was released in two flavours - Retail version on CDs, and a free mod version for HL1 owners. Overall, it's pretty similar to the current Steam release, but with some minor differences. Obviously, this can only be used if you have an old copy of the WON version of Half-Life. 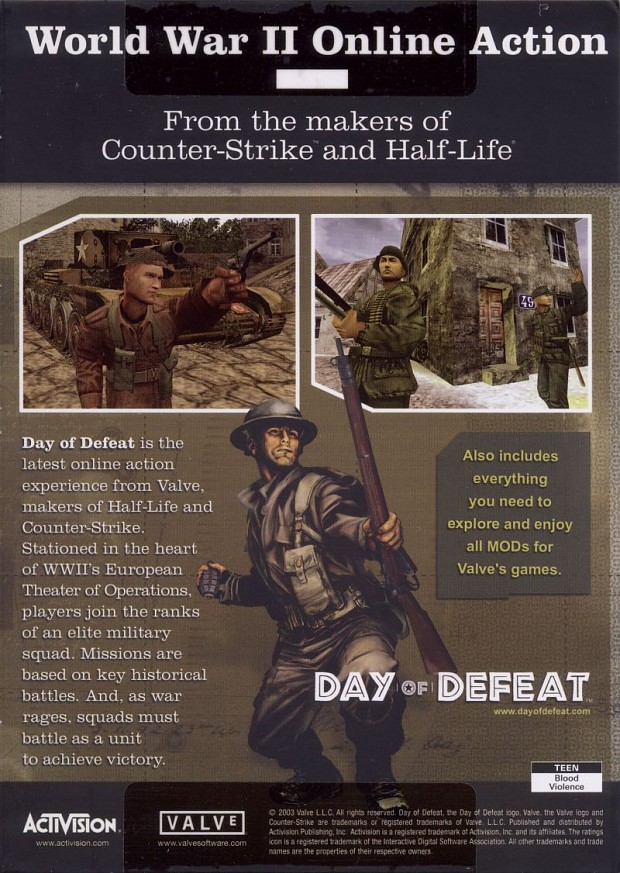