Adds faction-specific names for cities and generals, the names of which will change to reflect the historical language of the faction that owns them. These names were reconstructed using information of the historic dialects/languages of the factions of the relevant periods. (Beware that most of the game's settings take place before the well-known "Classical" versions of Greek and Latin were around, so the mod's Archaic versions of Greek and Latin names may not be instantly recognizable to classicists). Though no DLC or other mods are required for this mod to function, it does include support for the scenarios of DLC and certain other mods (my own Iberia, Latium and Skirmish Maps mods, and the developer-made Macedon mod). All-in-all, the mod contains over 17,000 unique possible city and general names across all settings and factions.

The current version of the mod works with version 3.3.5 of the game. The mod is set up in a clean and contained way, and is compatible with other mods if they are also set-up in a similarly clean way (such as my own other mods). 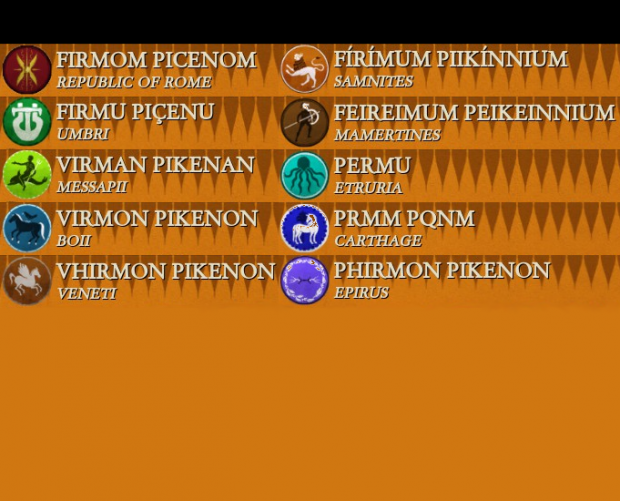