this version works for GZDoom and Zandronum for Doom 2. Changelog: Cyber-Mage now does his powerful attack rarer and has a weaker and more common attack. Cyber-Mage, Skull Wizards and a few others now have pain states. Skull Wizard's fireballs are weaker and can fizzle out. Galactic Invader's fireballs have a chance of fizzling out, he also no longer flies. Two enemies from Bio-menace added (more soon). Troglodyte now has a new fireball. Medusa has less hit points to make up for her block attack. Sludge can now be hit easier. Missing frame in the Blob's death animation added. Ants and Manta now perform their death animation faster and drop item earlier. Mecha-Ant now spawns a different and weaker breed of ant. Skeleton chaingunners now have a chance of stop firing mid-way. 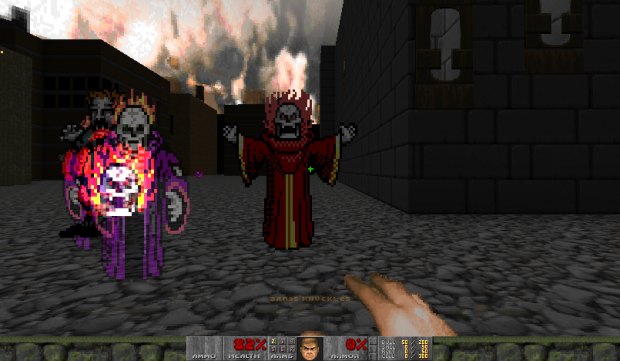