BTTF-LC V1.1A Some features are not included , bugs will be fixed and features will be added in the 1.1B patch. in the next few months please look through the ReadMe thoroughly 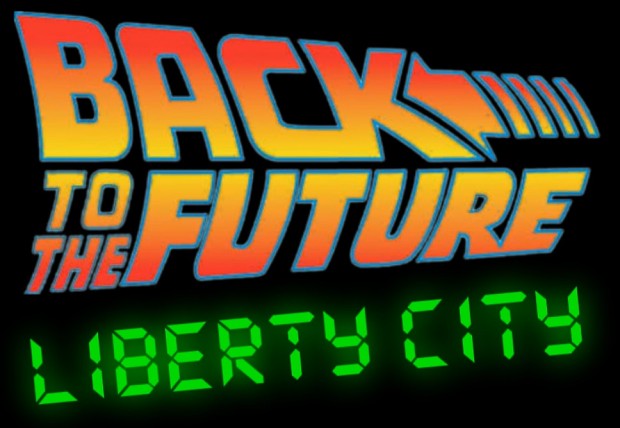 Rave and everyone else who worked on this, let me apologize for my outbursts yesterday.

You guys worked extremely hard on this and it shows. I don't know why I always explode and get so angry, but I need to stop with it, despite how I might be feeling.

Would it be too much trouble though for an updated read-me file with more instructions and larger graphics? It is rather easy to get stuck, and I have a feeling I might not have been the only one. In future releases, I also think a brief tutorial might be helpful. That's all I really ask though.

Now the readme is about as simple as we could make it, the image for the control set is actually fairly big however if you'd like to make your own readme and show us , please feel free to do so.

I gave it another play and for the most part, I think it was highly well done. There were some highly advanced innovations on such a primitive game, and considering this was only your FIRST release, damn impressive.

Here's what I thought was the best parts:

1. You can view inside the car and see everything happening in real time. I didn't even think that was possible.

2. Once you do figure it out, like collecting trash to fill up the car, I get it and again, innovation.

3. The ignition doesn't serve much purpose, but what can I say? I enjoy it too, it's nice to power it up or down whenever you want without getting out.

4. While some of the music isn't the greatest, I love how the radio stations change automatically when you time travel. Again, FIRST release. Wow.

And for the most part, everything else was really well done. I still get a few crashes, I got one playing and it always seems to crash when I close it... but, hey, I'm already done apparently.

For some honest feedback though for helpful ways to improve, I have only two:

1. The Delorean's handling is just a little slick and quick. Think of the Kart from San Andreas. Tighten the steering just a tiny bit and give the handbrake a bit more power and I think you'll be set. It's minor, but it can be hard accelerating on busy streets.

2. Refuel notification. This should be easy to do, but I think it'll really help to notify players that they need to refill. I could have sworn you guys already implemented this before, but it's not in what I have.

Well, those are my honest thoughts, and I look forward to any future releases. I hope my feedback has also helped you guys.

Thank you, your input is appreciated, it is nice to see someone say they are sorry once in a while. Its ok we forgive you, thanks again, we will try to improve.

Yeah the team members wanted an engine off button I didn't understand it either, but it turned out quite fun.
also the refuel notification not being there was an accident on my par i forgot to put it in because i was in a rush to get refueling in as the last feature before the release.

Okay, guys, I forgot one other great feature I didn't notice before.

Everything flies in 2015. While this is cool in and of itself, couple with the Delorean's fold-down wheels, like a flying garbage truck, perennial, etc... you can even play vehicle missions.

Taxi while flying, and it works. Paramedic while flying, vigilante (though this one doesn't work too well). But the ones that are literally trucking someone back and forth, my god, awesome. They even get in the car when you're hovering.

How did you guys do this? I mean, in the VC mod, only the player can remain inside when you switch modes because the models change. Here, it's so fluent and everyone stays, it doesn't affect anything inside, or even missions apparently. Couple that on with the fact that you made EVERYTHING fly when there was only one air vehicle to begin with?

It just blows my mind. It makes me wonder why this also wasn't possible in the other mod.

That's because the VC team are doing it wrong, also if you're referring to the dodo, that's not a plane or heli as it uses neither of the physics supplied by the game instead it is a souped up car.

"That's because the VC team are doing it wrong"

I LOLed so hard when i saw that, yeah basically the VC team use a different method to modding than we do, ours is much more efficient and a lot more things are possible...

believe me, this soon to be titanic of a mod has only hit the tip of the iceberg! :)

late respond:
hit the tip of iceberg?????????
i would say that stats are:Jack got on ship.

That would explain a lot :)

please do not imply that we will flip over.

I'm interested in what both of you guys have in the works, but I can't help but feel that they're being highly idiotic in not listening to some of your ideas. Just from this first release of this mod, it's easy to see that your innovations aren't novelty and they should really get their heads out of their ***.

I need to update GTA3, try to and it says my gta3.exe is an unknown version. Please help

you are lazy too

For some reason every time i try to install the mod it say it cannot open the GTA3 directory. anyone else get this problem or know how to fix it? Sorry if this is in the wrong section

You will have to manually change the dictonary, if you are using the steam version, you can find it here(C;)/Program Files(x86)/Steam/steamapps/common/Grand Theft Auto 3. If you are using a torrented version, I dont think you can get this mod.

WRONG. Someone I know who had a torrented version installed it with no problems. To install it, run it as a admin, or it will come up with the GTAIII directory or gta3.dir error.

Please Help setup BTTF:LC say could not open gta3.dir. Please reinstall
grand theft auto 3. Omg i have gta3.dir Please help I need this mod
and this
GTA III 1.1 Patch and needed DLL after install
can not download

You will have to manually change the dictonary, if you are using the steam version, you can find it here(C;)/Program Files(x86)/Steam/steamapps/common/Grand Theft Auto 3. If you are using a torrented version, I dont think you can get this mod.

WRONG. Someone I know who had a torrented version installed it with no problems. To install it, run it as a admin, or it will come up with the GTAIII directory or gta3.dir error.

mirrors needed why? your mirror file has deleted?

It did work, but now im wondering how I enter the time, I tried the numpad, with num lock on, I hear typing noises, but the date doesnt change. How do I change it?

where is the time machine garage?

plus, my GTA gives me the original story, not the BTTF mod one.

There is no time machine garage or story yet. You can get every time machine by pressing \ Im sure they will create reinactments of the movie once they release V1.1B, but im not sure if they will.

i open BTTF-LC V1.1A and it comes out me this error:back to the future liberty city setup could not open gta3,dir

You will have to manually change the dictonary, if you are using the steam version, you can find it here(C:)/Program Files(x86)/Steam/steamapps/common/Grand Theft Auto 3. If you are using a torrented version, I dont think you can get this mod.

Edit : This was meant for a reply to the_doctor911.

I have an error causing BTTF-LC to crash. Lucas has caused a paradox: 011d2926
Please consult Leaf with this error.
I am using the disc version of GTA III.

It was working fine until this happened.

hey all i get is normal doloreans driving around and people on overboad. how do i get the time machine?

So are you guys working on a new and improved release?
I can't enjoy gtaforums,coz of my damm t-mobile dongle is blocking the site.
using browser proxy is painful.
It's been some time since this mod came out and it'd be cool to see some new work from you guys.

Maybe you should have done it to vc or san an.

we need an arms race between you guys and the other 2.0f guys.
That would be the way to get things speeded up and generate some excitement again.
To do this on gta 3 is quite an accomplishment.