Updated to version 1.2 of vanilla game and included the mod 'More Variants' by GaGa and also the new Greek focus tree together with the two new countries Byzanz and the Roman Empire. 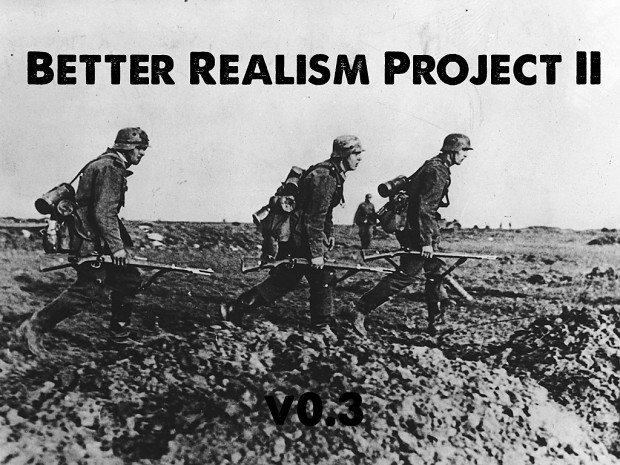 its clonie country color is red why

Which country colour?
The roman one?

I really love the amount of details put in this mod. I even learnt a lot of things through this mod (i.e, I see the "Balkan Pact", search it on google, and realise that it really existed.).

Also, I'd like to tell you some ideas that I had while playing:

- Add to the German focus tree "Retake Kaiser's land", reform the II Reich, give the possibility of retake former German Colonies, and also be able to take the most southern part of Jutland (Denmark).

- As the German Reich, be able to desmantelaste the federation, like in the Broken Germany mod. (Because Hitler is in his Yolo phase).

- As the British Raj, be able to give independence to East and West Pakistan, or to Pakistan and Bangladesh, Burma (Myanmar [Burma] {Myanmar}]), and (I don't know if this can be considered politically offensive) Kashmir.

- As Spain, be able to give independence to the Sahrawi Arab Democratic Republic.

- As Poland/Lithuania, add to the Focus Tree "Reform the Commonwealth", and dominate the world (And Space).

- As the USSR, be able to give independence to the republics (Kazakhstan, Tajikistan, Uzbekistan, etc)

- As Australia, be able to give independence to Papua New Guinea and Tasmania.

- As Portugal, be able to give independence to Timor Leste.

Also, playing as the USSR, be able to decide between liberating the Transcaucasian SFR, or Armenia, Azerbaijan and Georgia.

As an extra, I don't know if they are bugs or something else, but now:

- The British Raj has Aden (Yemen) owned, when normally is part of the UK.

- As the Uk, I cannot liberate Malaysia.

- As France, I cannot liberate Cambodia.

- Greece doesn't have a core on Istanbul/Constantinople.

- The Balkan pact doesn't dissolves in 1938 (I put this one because I'm a "If it's not perfectly historical accurate, I'm gonna have a seizure" kind of guy)

About everything else. I really appreciate your work and all the passion you put in this mod.

This was my goal, to create a more historical game. Tbh i learned from moddig this game more history than from my teacher.
The problem is I added ukraine and paradox in its latest patch now too, so i needed to spend my time again to delete it again. So I will in the near future just add countries which PI most likely wont add and soviet republics they want to add.

To the rest:
Rearn the empire, reform commonwealth and retake kaisers land is possible. Next update will also include some focus updates, then some of ur suggestions will be realised.
Libya bug, cambodia, malaysia, cameroon and the cores will be fixed too.

Aden isnt a bug bcs India administrated this region till 1938 or so. But it will later give an event to solve that.
The balkan pact has 4 ways to dissolve: One nation get fascistic, bulgaria is in a faction with germany, germany controlls paris/vienna/warszaw or yugoslavia isnt in the faction anymore bcs whatever. So one of this options happened in ur game. I did this to prevent that turkey and romania get attacked by germany too.

I understand that, it feels kinda bad programming and polishing that, just for Paradox doing the same later (Instead of Anschlussing the mod)

I appreciate your attention to propositions, I wish you the best for this mod!

Just letting you know, when you go the the Byzantine Empire National Focus, it resets all your Research. I was in 1942 when I went Byzantine, and it reseted everything to start game researches.

Well yes its at the moment impossible to import researched things into ur new country. Just ur army still exists.
For that it has one more tech team

why the soviets doesn't have portraits picture for the Generals, Field marshall and admiral?
and some nation also doestn have a portraits
if its because the current version I'm fine, but if its a bug or something I'm just reporting
other than that good mod

Hm well in my version there works fine

the generals and admirals of the soviets have portraits but its just blank, just white color
some Portraits like the Estonian SSR also have the same portrait error, just plain white

Hi, I really like your mod, so I reworked the china part to fix some historic errors and add things to make it more realistic. I hope you will like it and adopt some of the changes I made :)
By the way, Im still pretty new to modding, so some of the codes might be a little bit redundant. Sorry for that.
Drive.google.com

Change I made -
*Change PRC's name into Chinese Soviet Republic (the historically correct one.)

*Rework the parties ( CACNL for communism and the Blueshirts for fascism. Both indeed existed and more historically correct than the original ones)

*The leader of fascist CHI will now still be Chiang Kai Shek, since he was indeed also the leader of the Blueshirts. The flag will be the KMT flag. (Wang Jing Wei was a left-leaning pacifist who advocated peace with Japan and was a leader of a Japanese puppet state. Making him the fascist leader of CHI will be beyond incorrect.)

*Add "China Unites" as a reward to the china fight focus. It'll make GUD and SIC join CHI (annex), since they both joined the Nanjing government just around 1936-1937 in the history.

*GXC, XSM, YUN and SHX will now just join Chinese United Front instead of annex themselves when the Sino-Japanese war break out (since that's more historically correct). They will all leave after the war is over, so we can choose to join faction more freely then. They will all join CHI when the civil war break out (the ones CHI is at war with will join PRC)

*Soviet Union will now demand peace (twice under different conditions) if the PRC is losing. This is to prevent the civil war from becoming a stagnant world war.

*modified some provinces in Amur so when accept the latter peace demand the borders will be more historically correct.

*Some minor changes that I can't really remember

I'm now planning on adding things about Sikiang, if you want me to do that please that me know!

EDIT: it seems like theres some issues with soviet's peace demand. I'm trying to fix it.

And the game will crash for some reason, working on fixing it

The crash was only for 1939 scenario. It also happened with the original mod. The 1936 scenario is working fine. Tested multiple time and got it working. Should be alright now.

I'll testing it out now and when everything working fine I will implement it.
Great work!
And sure, you can help me about sinkiang and so, I'll sended you an pm

Haha then u need to wait a little bit, im concentrate at first at the countries which really existes from 1936 to 1945