An updated version of Distant Home Star. Added a few features like simpler resource gathering, ship auto management and a new unit. Some bug fixes, a new mission and a lot of smaller stuff. To play it you need to download it, extract and open "DHS.exe". There is an extended tutorial in text format called "Extended tutorial.txt". It explains some things that are not included in the in-game tutorial. I hope you enjoy the game. An updated version will probably be released in two weeks time. 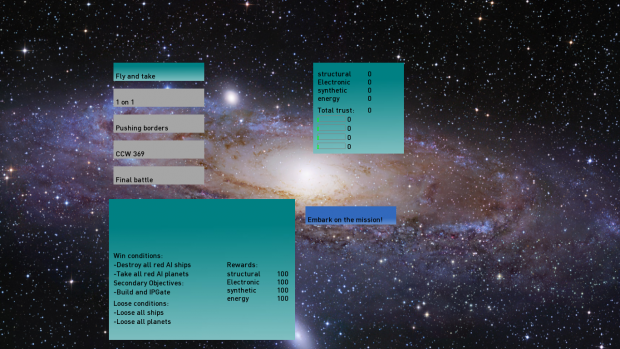 Your program refuses to run on my windows xp laptops. I get a windows error which I have reported to Microsoft twice now and of course I have no idea if Microsoft has or can do anything about the problem.

Any special requirements for your program?