Xmas-Duke 96 is for version 1.3. It has 3 maps and the file is 2.9MB in size. The file name is xmasduke.zip. It was released on December 24, 1996. Note: the XMASDUKE.exe would not work for me. To get it to run I extracted the files using the included Install.bat. Then I moved the files from the XDFILES folder to the duke folder. Then I added the eduke32 port and loaded them as user maps. The first map has fair level design and gameplay. It's hard so be sure to take your time entering new areas and find the weapons as soon as you can, especially the machinegun. The other 2 levels add a Christmas theme to the original e1l1 and e1l2. 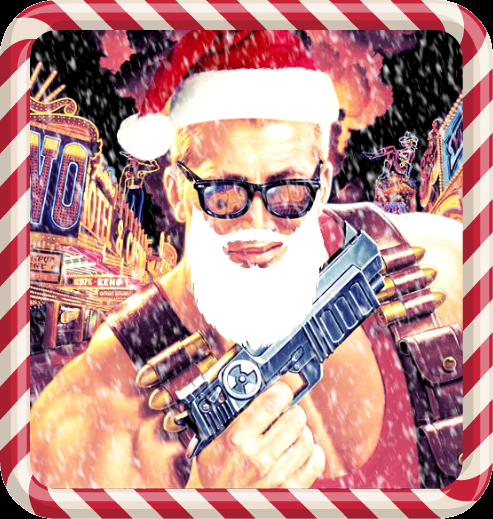