Bot in the role of a story mission. Water barriers and tasks. Several islands with goals. 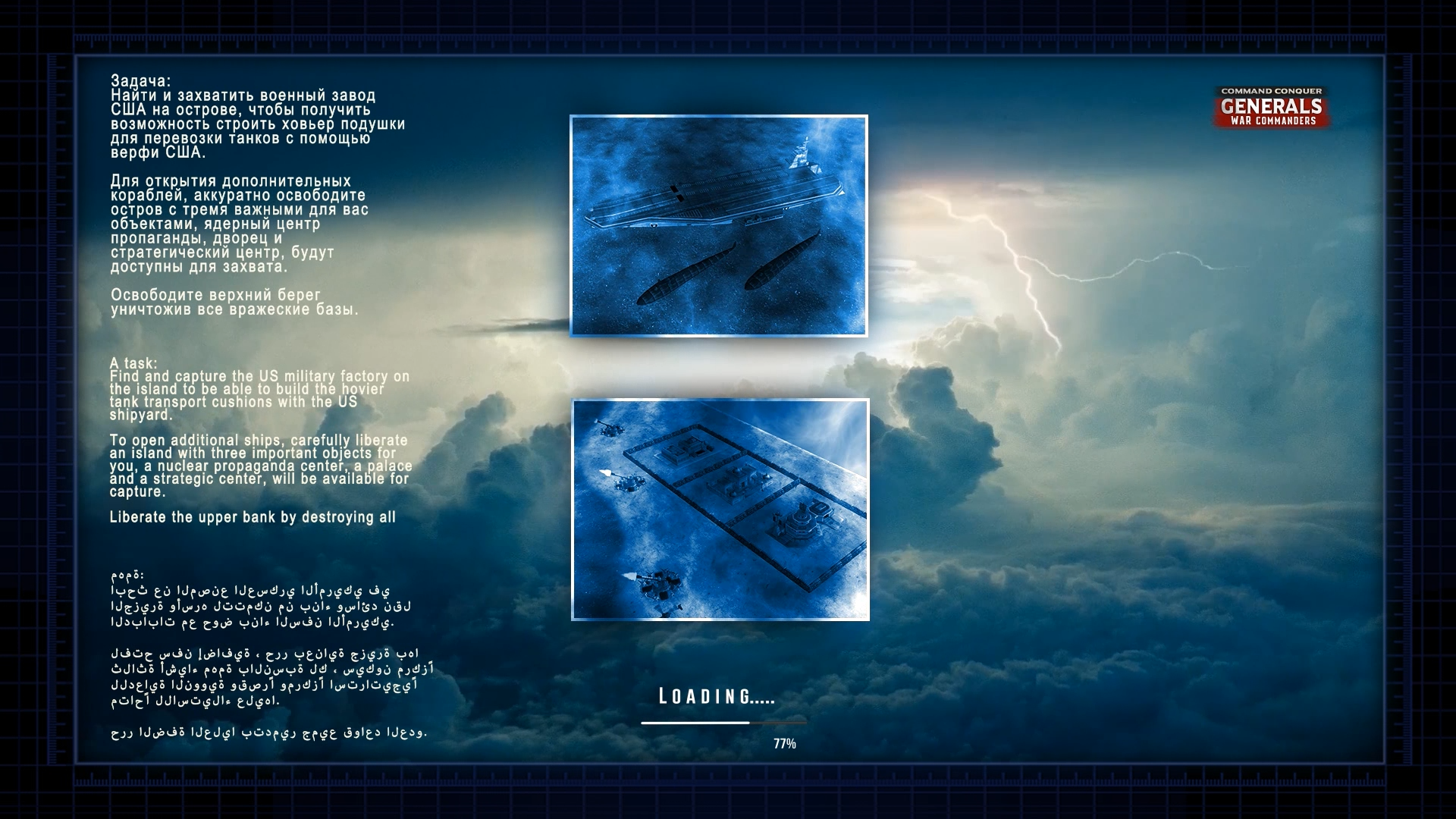 The player plays for the AOP.

The gameplay will be accompanied by video inserts and instructions in three languages ​​at once, Russian, English and Arabic.

The artificial intelligence is designed in such a way that the bot can act in different scenarios and differ from your previous repeated games. There are dozens of combinations that can put players in a difficult position when the bot chooses more vulnerable spots.

The priority targets are now not only for troops, but also for bot upgrades and super weapons.

The storyline is based on four generals, there will be several generals on your island.
At the beginning, the task is to survive on your island, when the bot's attacks are weakened, it is necessary to capture neutral shipyards located along the large coast.

But before that, make sure that your island is completely under your control, otherwise the laser general will start building tanks right under your base.

Use ships to securely capture buildings such as the China Nuclear General's Propaganda Center, which will allow you to open submarines in China's shipyards. The palace will allow building large GLA ships. The strategic center will allow you to build cruisers. Do not forget to cover these three key buildings, with them it will be easier for you to pass the bot.

For the destruction of an aircraft carrier, you will have access to gaining ranks, initially only one increase will be available. The aircraft carrier will use a variety of aircraft such as Toxin Bombers and Aurors.

To defeat the bot, the main task is to completely destroy all the bot's troops on the upper island. 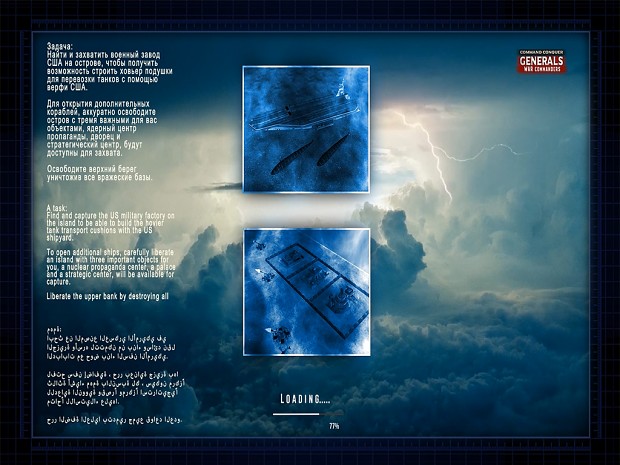 seems interesting! i will try it asap!

How to install this addon?

Installation instructions inside the archive

you've fantastically managed to get the ships going. you never cease to please me, thank you friend you helped me not to quit this game again.

the most interesting thing is that I can't go through this, my base is destroyed by ships at the beginning of the game

very difficult but at the same time very interesting to pass. first time I test a bot with 4 types of troops