The LAV-25 (Light Armored Vehicle) is an eight-wheeled amphibious armored reconnaissance vehicle used by the United States Marine Corps and Canadian Army. It was built by General Dynamics Land Systems Canada and is based on the Swiss MOWAG Piranha I 8×8 family of armored fighting vehicles. GDLS also makes the LAV III armored vehicle that is based on MOWAG Piranha IIIH 8×8. During the 1980s, the US Marine Corps began looking for a light armored vehicle to give their divisions greater mobility. They chose the Light Armored Vehicle (LAV) based on the MOWAG Piranha. It entered service with the Marines in 1983. The U.S. Army was interested in these vehicles at the time, but did not order any (although they did later with introduction of the Stryker family of vehicles). 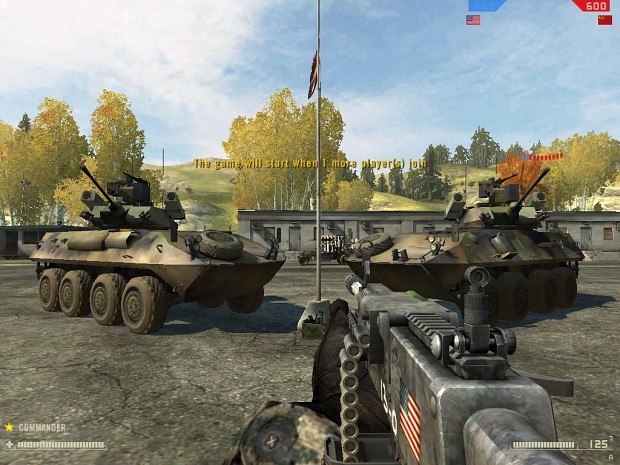 cool mod, thanks a lot man. By the way, do you have a new boat ?

sorry i don't have new boat

could you make one ?

Thank was not that hard :D

any other vehicle mods laying around?

I'm working and other vehicles

Bodacious man, thanks for uploading :)

hey, can you make this ?
Google.com

I don't know, i will try

Can you make CROW for Leopard 2A6?

I think i could

So Good bro Keep going on

Awesome, but can you fix this? The gunner is inside and outside turret in the same time (XD).

could i have the weapon in image?

how to install this mod man?