The Hornet is a light tank employed by Eldar armoured forces in a fast reconnaissance and raiding role. Piloted by a single crewman, it can be found in the forefront of Eldar aspect warrior assault waves, speeding ahead of heavier Falcons and Wave Serpents and often operating alongside other high-speed attack craft such as jetbikes and Vypers. 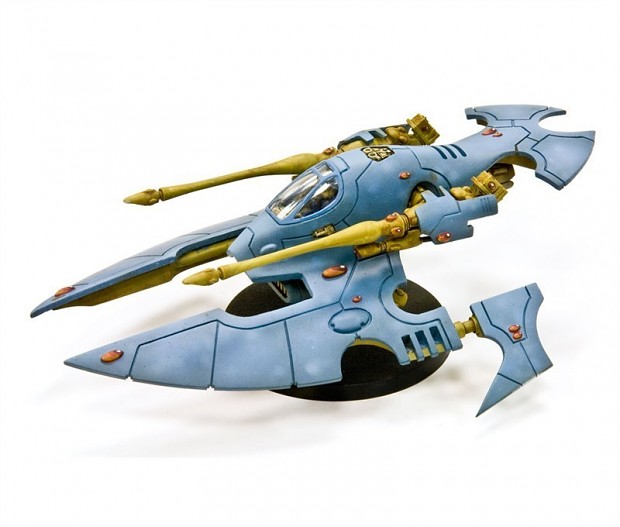