Far Cry 2 is an open world first-person shooter developed by Ubisoft Montreal and published by Ubisoft. It was released on October 21, 2008 in North America[2] and on October 23, 2008 in Europe[2] and Australia.[4] It was made available on Steam on October 22, 2008.[5] Crytek, the developers of the original game, were not involved in the development of Far Cry 2. Ubisoft has marketed Far Cry 2 as the true sequel to Far Cry, however the sequel has very few noticeable similarities to the original game. Instead, it features completely new characters and setting, as well as a new style of gameplay that allows the player greater freedom to explore different African landscapes such as deserts, jungles, and savannas. The game takes place in a modern-day Central African nation in a state of anarchy and civil war. The player takes control of a mercenary on a lengthy journey to locate and assassinate "The Jackal", a notorious arms dealer. As of January 23, 2009, the game has sold 2.9 million co 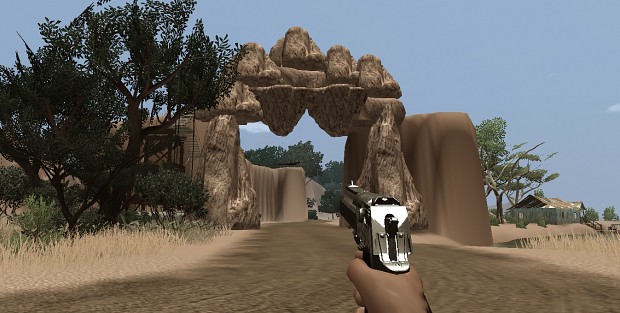