Cato Neimoidia was a planet in the Cato Neimoidia system, within the Quellor sector of the galaxy's Colonies region. It was a wealthy colony world of the Neimoidians and the base of operations for the Trade Federation. Much of the world was covered in a persistent fog, while the bridge cities of Cato Neimoidia were suspended above the planet's acidic ocean surface on bridges anchored on massive giant rock arches, upon which thrived forests and grasslands. 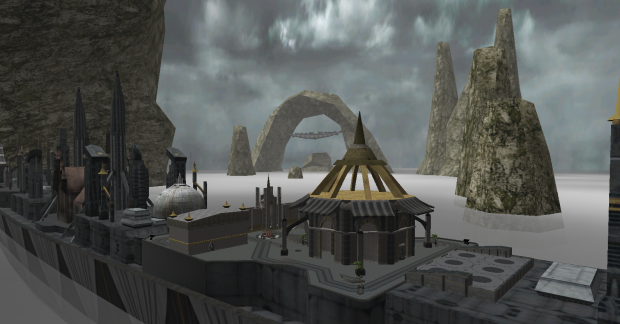 This is the same as the link in my Star Wars Conversions mod. It's just here so everyone can see it. (you can't see the addons under my mod if you are just browsing Star Wars Battlefront II addons)

Was that invisible building removed? there was a building that didn't render that I and the AI would crash into constantly.
Edit: just saw that this update was from exactly a year ago. I just happened to click on it the exact day it came out a year later lol