Project: X Insurrection is a Sci-fi, War, Fantasy (Vampires) TC for Wolfenstein 3d SDL. It takes place in the year 2026 where Vampires and humans and other unknown beings living together. You play as Rain a half Vampire Half Human who finds out the Secret of a new breeds of vampires who wants to take over the world...

Dracula and his legion have been wiped off the face of the Earth. The war between humans and vampires is over. But it wasn't long before both races would be caught in a different war... My name is Rain. I'm one of the vampires who were able to resist Dracula's control. After the last war, I joined the newly formed Coalition of humans and vampires. The Coalition is led by Thomas, the soldier who destroyed Dracula. Despite being human Thomas has been like a father to me. Yet there were many humans who still hated and feared my kind, so we decided to build our own city called "the Abyss." For years, the Abyss was a haven for all the vampires who survived the L-Bomb in the last war. Together, we were strong and safe, or so we thought. But all that changed when a new enemy arose... My brother Alucard and I were called for a secret mission. Thomas sent us to find out the cause of a massive energy spike which originated from a Chinese military lab.

14 weapons (Don't Worry not all at once)

Zoom....only 3 weapons has this Press Z to Zoom In

Logs that can be read just Press E near them

Many Enemies to Fight

NOTE: This is a Beta and things in game will change over time......Its a Beta soo if you have any pointers let me know! 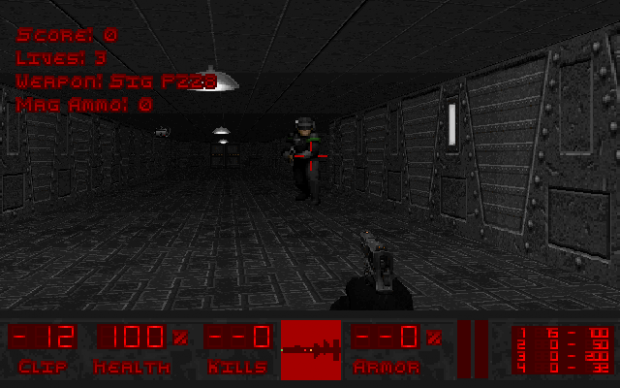 file is corrupted will not open