Project-80 is a Cold war Mod for Men of War Assault Squad 2. This Mod Tries to recreate the Cold War as accurately as possable, with accurate Tanks, Units, Guns, Ammo types(For Infantry and Tanks), Aircraft, and Gameplay. We have all New Infantry, Gear, Vehicles, and Sounds. The base factions are: U.S.S.R, U.S.A, Federal Republic of Germany, and the D.D.R. This will be a Stand-Alone mod, that will have downloadable "Addons". Such as: Gulf War, Soviet Afghan War, Invasion of Pannama, and Grenada. This Mod will also have Multi-Player.

Warfighters need to have a good judgement on what they are up against, what they got, their limitations, and what's practical and what's not. One of it is knowing what their own and the opponent's arsenal.

Technology had rapidly evolved, and as years passed by throughout history, it only became faster and faster in evolving. And so thus the doctrines and ways on how fights are conducted. We went from muskets, to single shot rifles, to bolt actions, and now there are automatic weapons everywhere. I'd have both, but if I have to choose between a pen or an automatic weapon, automatic weapon would be my choice. Machine gun diplomacy conducted by the colonial powers toward those that didn't fully understand its power was quite fascinating ;)

For Project 80 and all our future or related works, we just got our own coding and features on weapons, ammunition (for both infantry and vehicle weapons), and how they behave in-game. Of course not everything is 100% true to real life -- there's so much you can do in a game, but we try to make it as genuine as possible. An automatic rifle will always be superior to a bolt-action rifle unless you're Simo Häyhä, which you are not (and even then he knew the value of automatics and used the Suomi SMG to good effect to kill the commies invading his homeland!). .30 Carbine isn't a wet noodle cartridge like some turds would say, and there were good reasons why the Soviets and then the Americans and rest of the world switched to intermediate cartridges as their primary service ammo. The ping on the M1 Garand is not big of a deal when there's gunshots and explosions fucking with your ear, be sure to not let the Garand bite your thumb by having the proper training to handle it, make it your bitch.

In the middle of combat you're not gonna hear the PING from an M1. If they do hear it, they're not gonna know who exactly is out, plus what about the guys next to the rifleman, or the Sherman firing HE into some Kraut or Tojo's dugout, or the .30 cal M1919 set up somewhere in those windows? 7.62x25 Tokarev was no joke of a pistol cartridge either. The AR/M16 family rifles don't have shitty reliability, you can still break an M14, and AKs are accurate for the job if you actually know how to shoot.

We won't "balance" weapons nor ammo for gameplay purposes, we just try to portray their effectiveness closer to real life counterparts. A bolt-action will NOT do any more damage than a semi-auto of the same caliber. The PPSh-41 is a darn good SMG of world war 2. 5.56x45 M855 will still have more ouch than 7.62x39 M43 if you hit 'em with it. Bullets are deadly. Flexible, modular, automatic weapons with optics and in skilled hands are potent weapons. The opposing side might have better stuff and more advantages than you. Life ain't fucking fair.

First, we start about the ranges of our weapons. Here are the ranges in-game. We have two versions -- default and short range versions. You can use the short range version with a simple move and place within the mod files, which we will tell you how to once this mod is released for alpha version testing.

NOTE: Bear in mind ranges still vary in between tank cannons, artillery, and rocket/grenade ammunition depending on their effective ranges. So it's not always 350m or 500m with cannons and arty. These are just the general ranges for them. As for why SMGs can shoot as far as rifles, well, we use a unique accuracy/effective range system in our mod. SMGs can be shot up to 200 in-game meters but do not expect much accuracy at all. Accuracy will be very poor at such distances, that rifles are much more effective for the job, not to mention pistol cartridge has a large drop in their damage output as well. The ranges are based mostly on common engagement ranges.

Even though Project 80 is set within the 1980s up to the Gulf War era, we still think of future addons that will be based on our system. Thus we also create ammo that are not within the timeline and proper stats for them.

Here we got a list of what we currently got:

We can't put on our entire list of ammunition here, it would be too arduous. There are much more than just these, so once our alpha release starts, you can start looking up on all the available ammunition in the Editor. Of course, ammunition matters. The 5.56 M193 does more damage but has less penetration and long range accuracy than M855 for example, the M829A3 APFSDS round can cut through the Kontakt-5 ERA equipped Russian tanks frontally like knife through butter whereas the M829A1 APFSDS cannot, the best Russian APFSDS rounds are much much better compared to the rounds used by the Iraqis during the Gulf War. Match ammo gives you substantial accuracy boost, especially out of precision rifles. There are a lot of factors in here that can't be explained.

Of course, I have written descriptive localizations for the stuff in-game so if you need to know more about them, just hover your cursor over the item in the inventory and read the description.

Project 80 is still far from finished. We hope that you can enjoy this glimpse of our armaments/arsenal stuff we try to put in the mod. Until next time, and be safe from the COVID-19 pandemic. 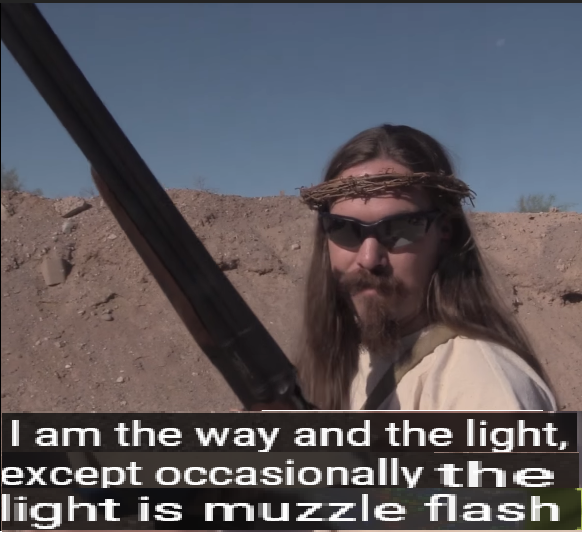 All this details and works for all this boom sticks jazz would not be possible without the aid of some people.

RobZ -- RobZ's coding and FX had a lot of inspiration and influence over this, and it would not be possible without me learning stuff from RobZ Realism features. Thanks a lot! Link to RobZ Realism mod steam workshop page

Military Amino -- My friends like St. Tyrant, Vene, and Dibbles had provided me with numerous technical data on the real life stuff, which allowed me to translate these into making them alive in-game. Love you guys. Link to Amino community

Project 80 development team -- My peers of course also providing me with datas as to make these possible. Ruemc, the main dev, had done most of the model exports to bring them alive as well. Ghost Recon had taught me stuff on what the Warsaw Pact forces had too. Thanks Colonel Rooster for the 40 mike mike retextures as well, keep up the good work on your Interwar mod as well

Stainless -- we both got along well fast, I appreciate your vast knowledge on subjects as well. Hoo-ah