Salsa_Shark is a screen name I started using in December of 2004, it comes from the 1994 movie Clerks. I'm known elsewhere on the internet as Devious_Malcontent or DeviousMalcon_t depending on character limits. I'm Australian but my family is Italian, and I live in southeast regional Victoria. I'm a programmer by trade, but I also do modelling and texturing, as well as everything else in between. I'm a real firm believer in open source software as well as philosophy; I've always believed that knowledge is power and that knowledge should be free and shared amongst others. Just PM me if you want to know more... ;)

I have now fully recovered from my recent game of paintball; I found that very few people played, I was in a group of 8 for the whole day.

5 game rounds
500 paintball rounds to start with plus an additional 200 I purchased on the field (I'm trigger happy)
9 kills for the whole day, two of which were friendly (they got in my way 0_0)
1 enemy flag captured
2 deaths, in one of which I was hit 5 times. -.- 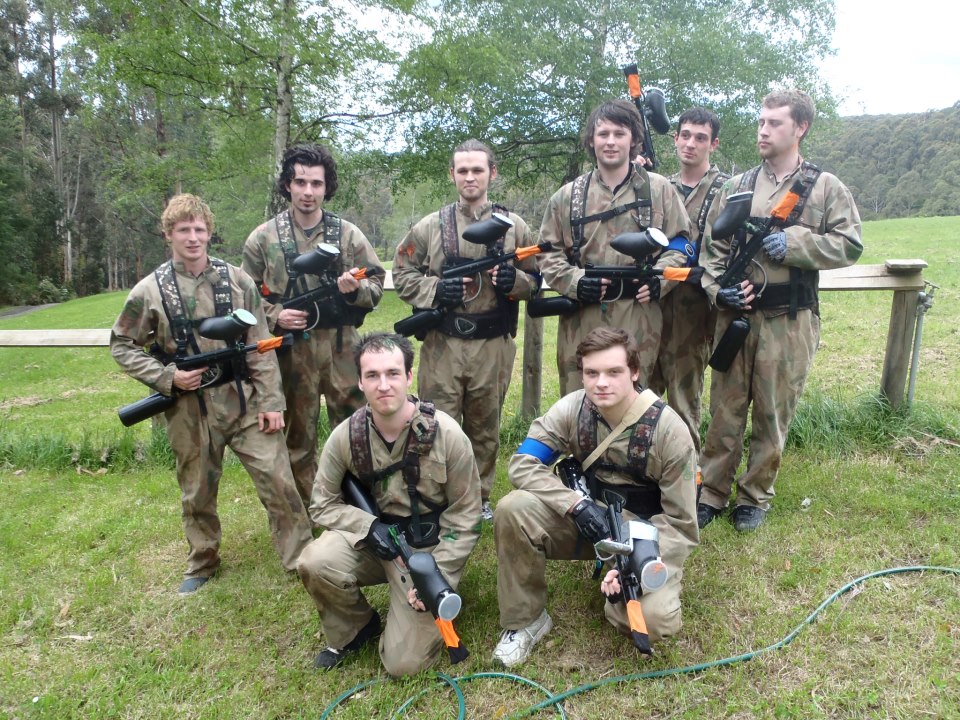 This was my team; I am the leader of the blue team, front right. I am also the most handsome looking. :P

So I'm no Scout the doggie, but I had an interesting idea to tape an old mobile phone to my gun to get some footage of our paintball game.

Since it was the first time I've ever tried something like this, apologies for the profanity, my Australian accent, wind noise, and the rattling you hear most of the time is my guns hopper, I didn't realise it would be that loud.

Also the deal I made with the company, under there policy any footage taken on site is automatically their property, so the deal I had made with them would be that I tag the companies name in the video, which is why it's hosted via Facebook. It's also the reason why it's in two parts because the fuckers don't allow videos over 20mins long next time YouTube all the way until then Haters Gonna Hate. So Enjoy! =D

Cool though I personally prefer ASG.

Ah, I'd love to play Airsoft, except where I live Airsoft guns are not permitted under Legislation. :(

lol our favorite game at school :P
We sometimes get up to 30 people from different forms and go play it ^-^

Wow you're very lucky! :) I would have like to have more people play.

Cheaper than a GoPro :P

Almost remind me of Joey Votto. :D
Nice though.

haha, thanks :)
I don't know who that is :P
*does Google search*