After several weeks of waiting, we are pleased to officially released Master Arena's Alpha 2.0!
We want to thank you for your patience, and now, let's review its content.

Yes, the first version of the PERKS is finally here! To get to the heart of the matter, here is a screenshot showing the menu displayed in-game. 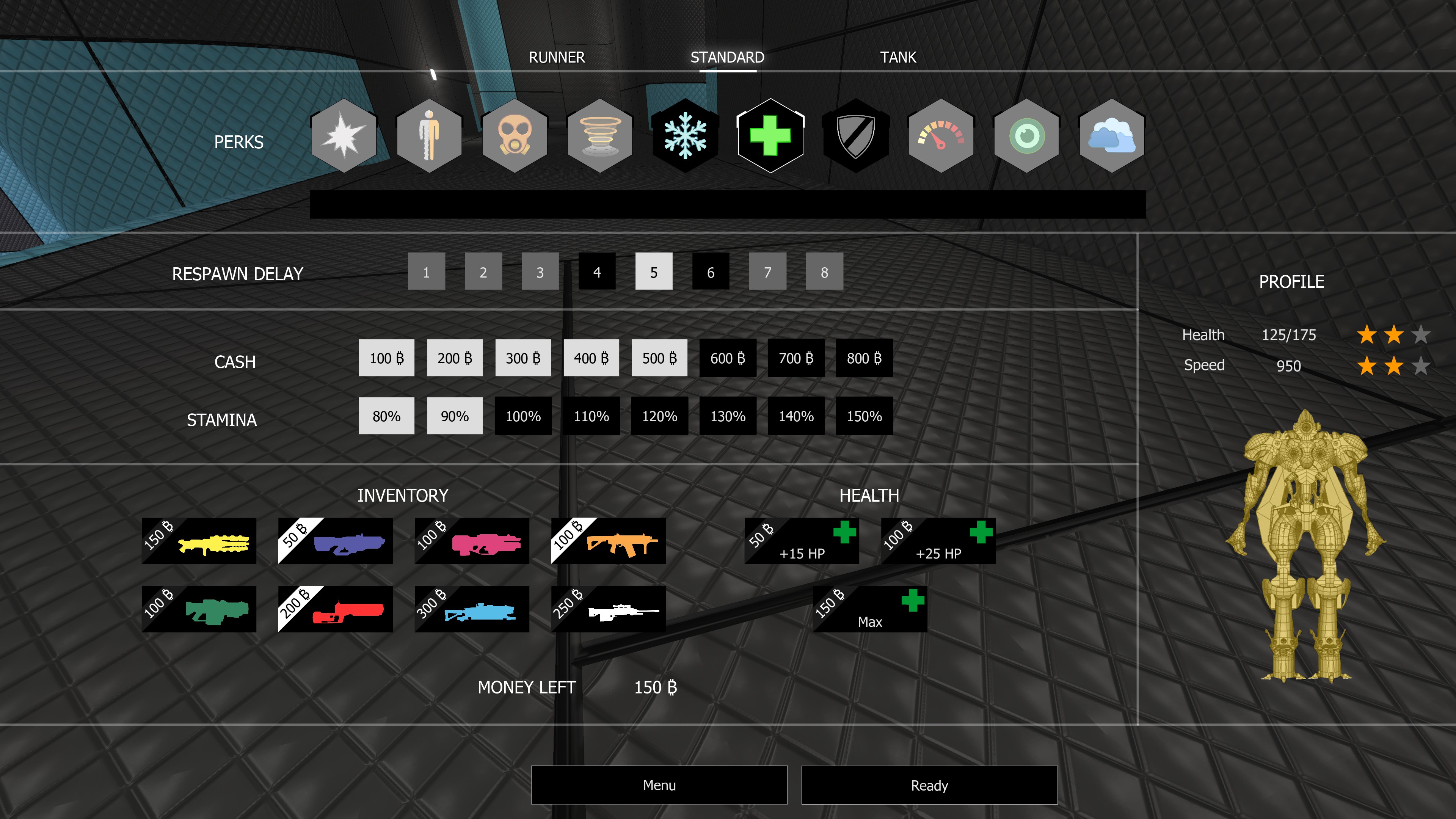 In the display order, here is a description of the available perks:

Those perks are available depending on three sizes:

Keep in mind that the power of dodges, wall-dodges, and bounces is also affected. So, for example, a standard robot will not be able to catch up to a runner with the same running path. 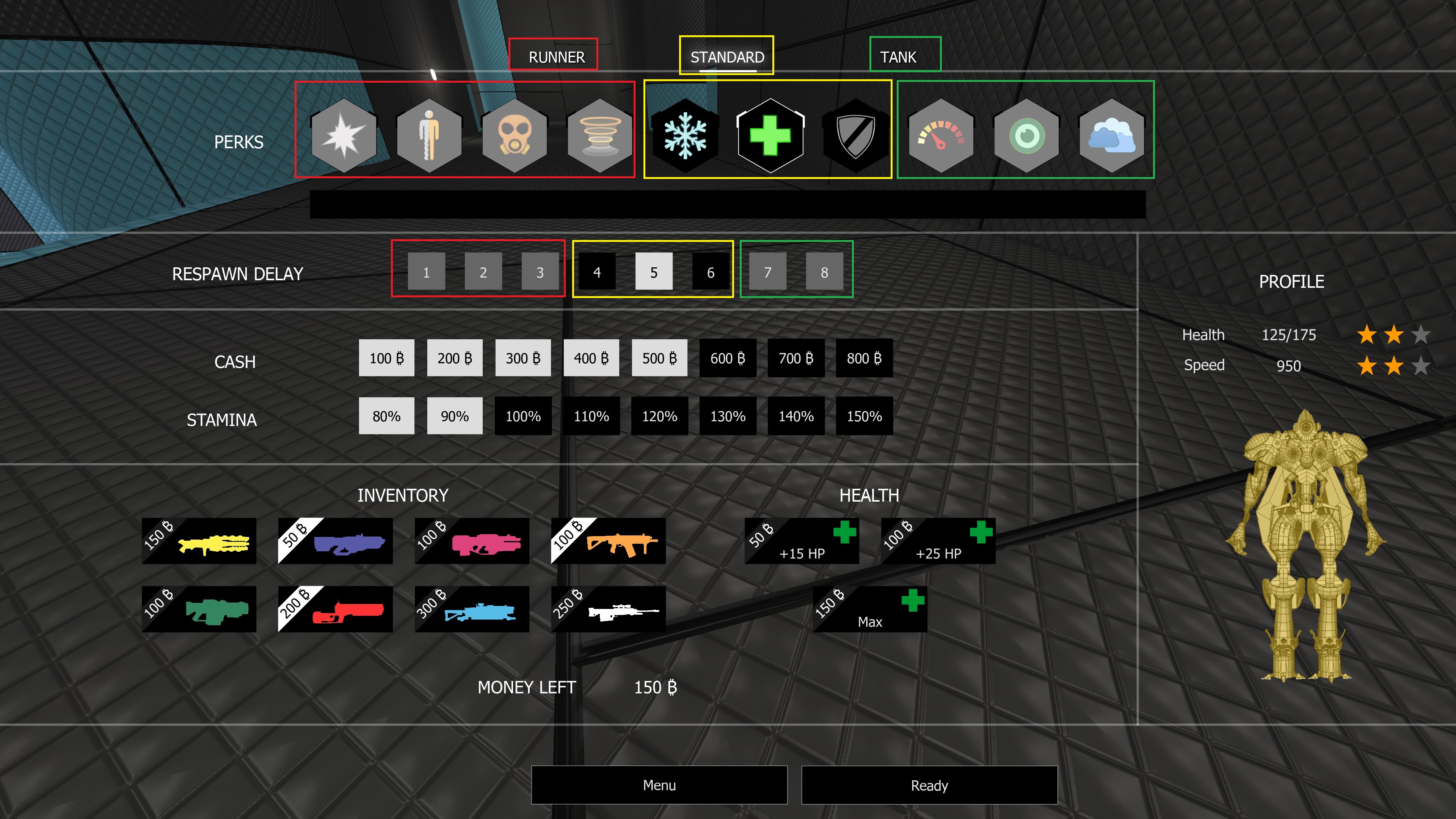 With the cash, you will be able to customize your inventory. Do you want a rocket launcher? OK guys, it will be 200₿. Would you like to respawn with more HP? Well, just make your choice.

Please note that the perks system is currently only available for CTF game mode. These are the beginnings of the gameplay we want to incorporate in the game. Our wish is to make this mode more balanced and tactical than a "normal weapons" mode. So major changes will occur such as the removal of some perks, the creation of new ones, the introduction of items and tactical areas, and we are not afraid to completely review the concept. It's only the beginning!

Message from Dev_Jerem about this game mode:
Let's see if it works. After all those years developing Master Arena, it's finally time for the perks! It's a real pleasure to code this part. I just hope I'm not doing anything wrong. :)

Now when a headshot is made, the robot's head breaks off.

When a robot explodes, you will now see its libs bounce on the ground and the walls, leaving behind traces of oil from the massacre.

Structural change of the map, the bases are now asymmetric. 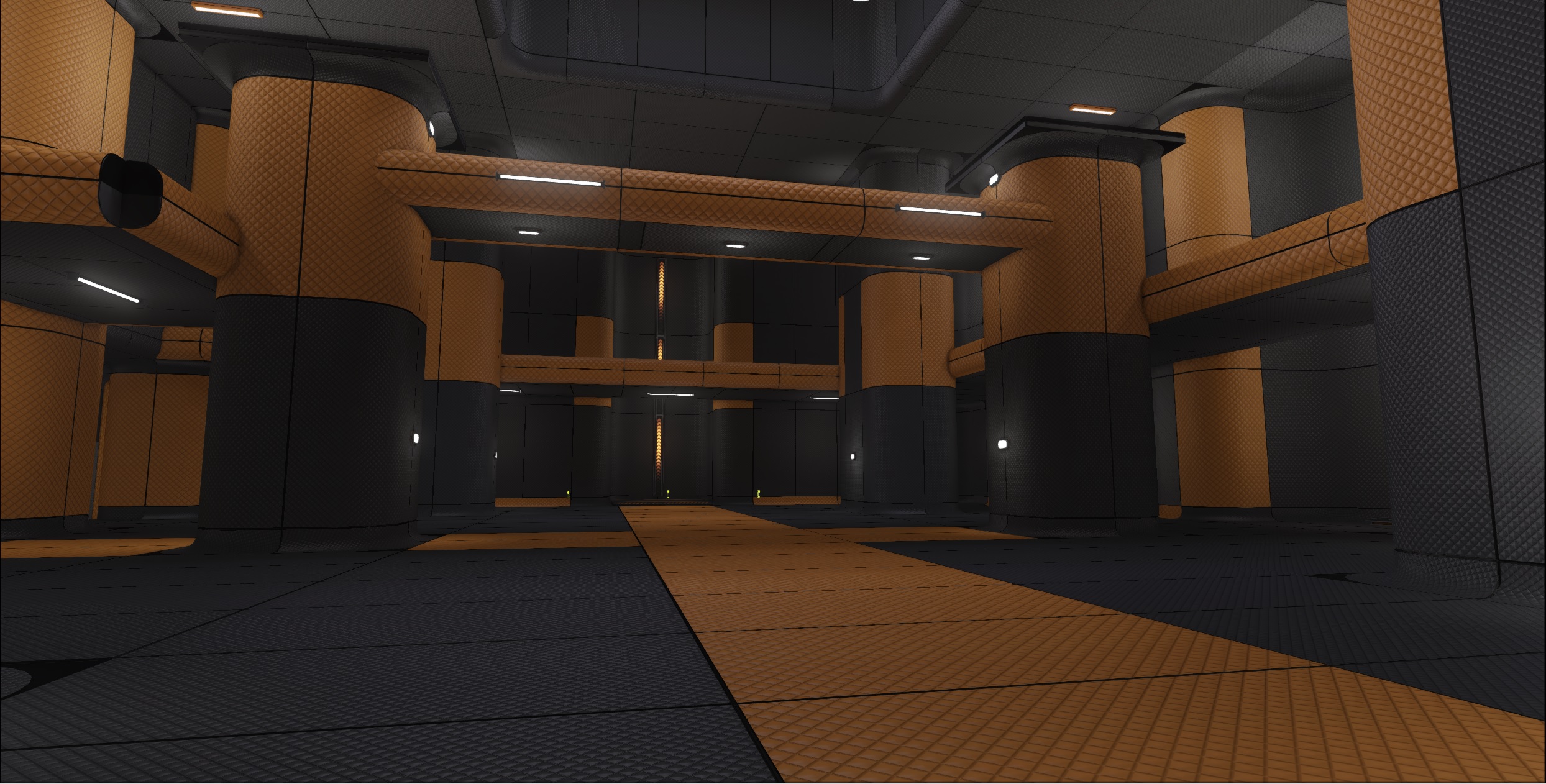 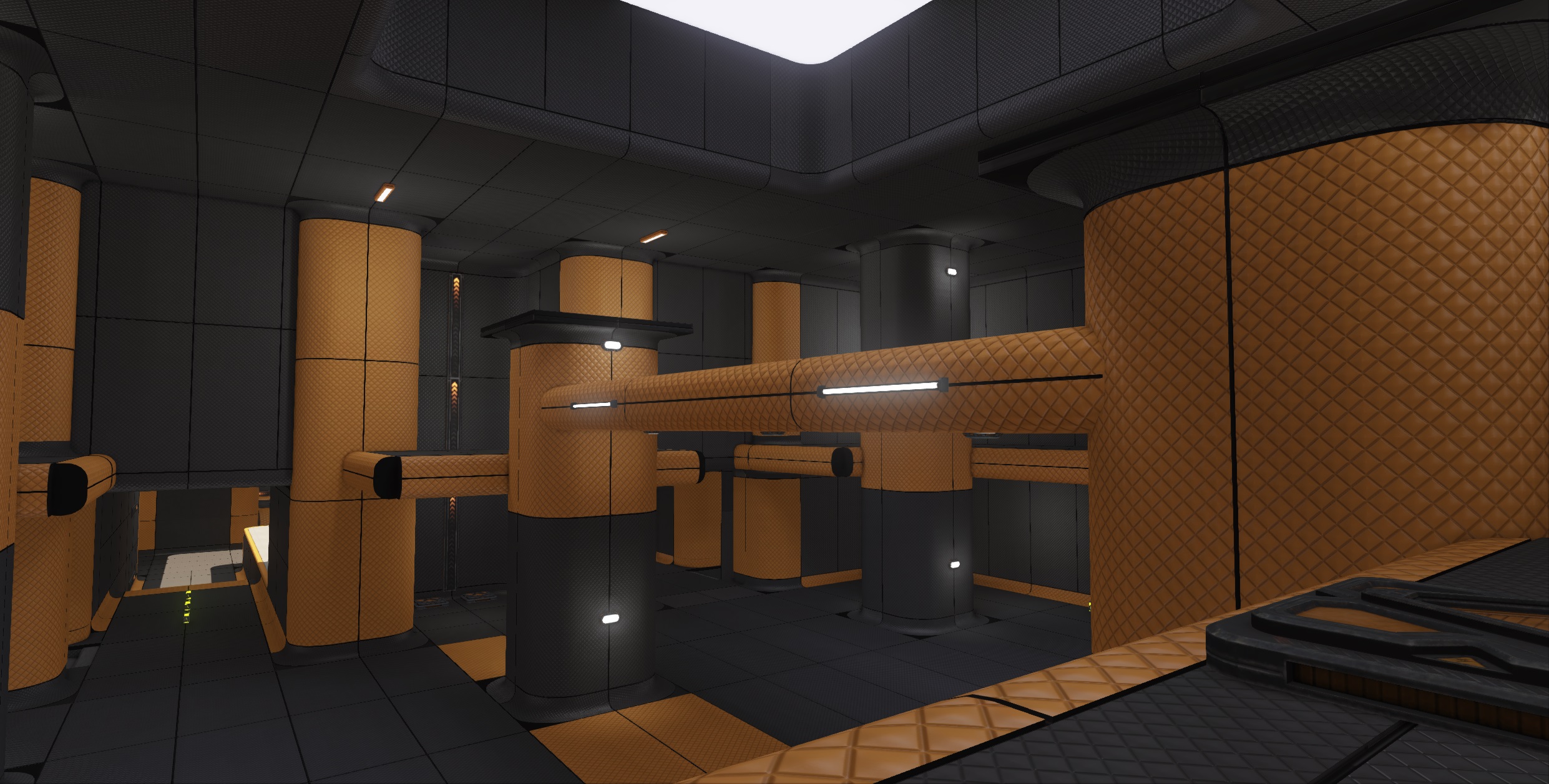 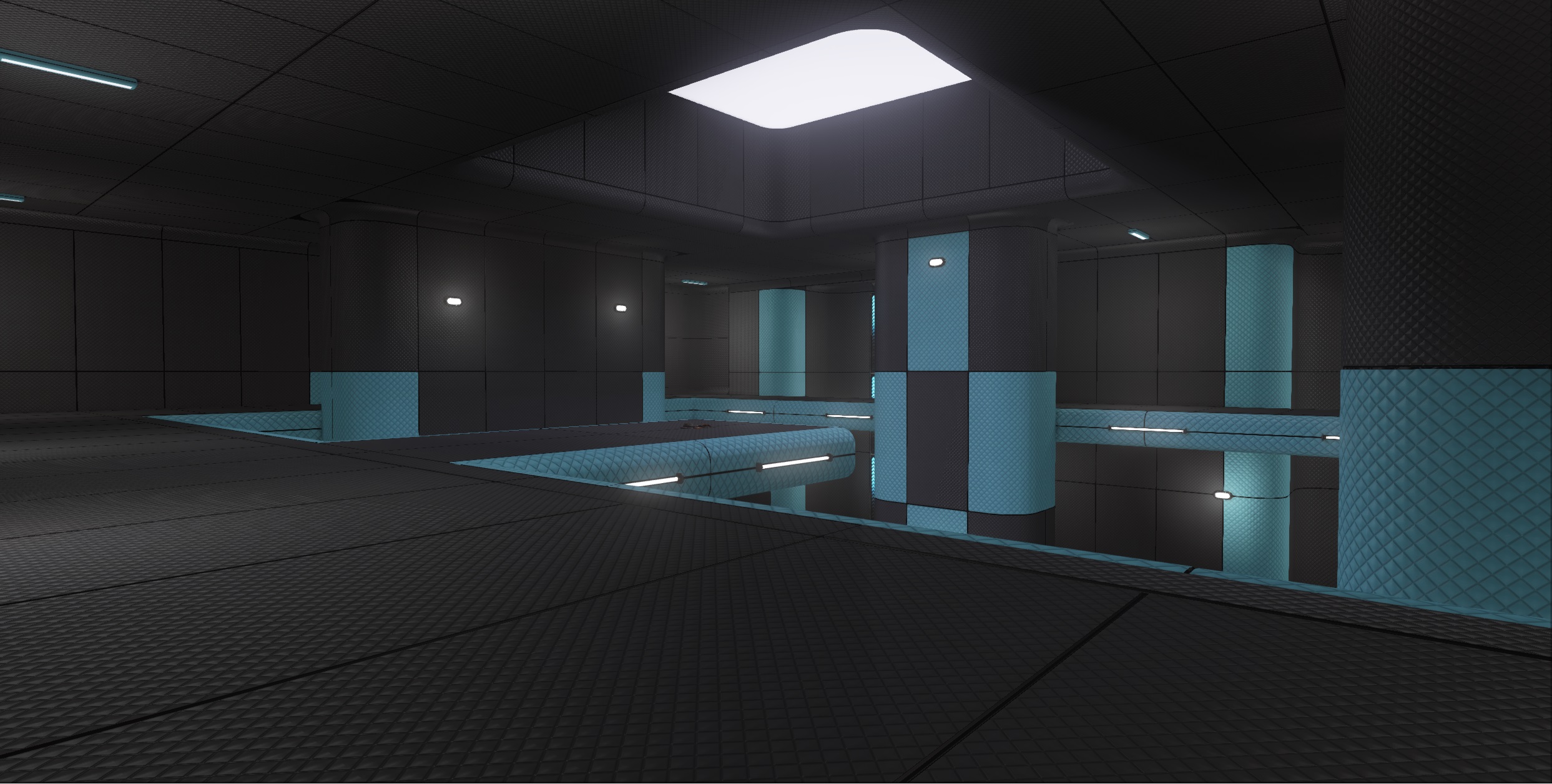 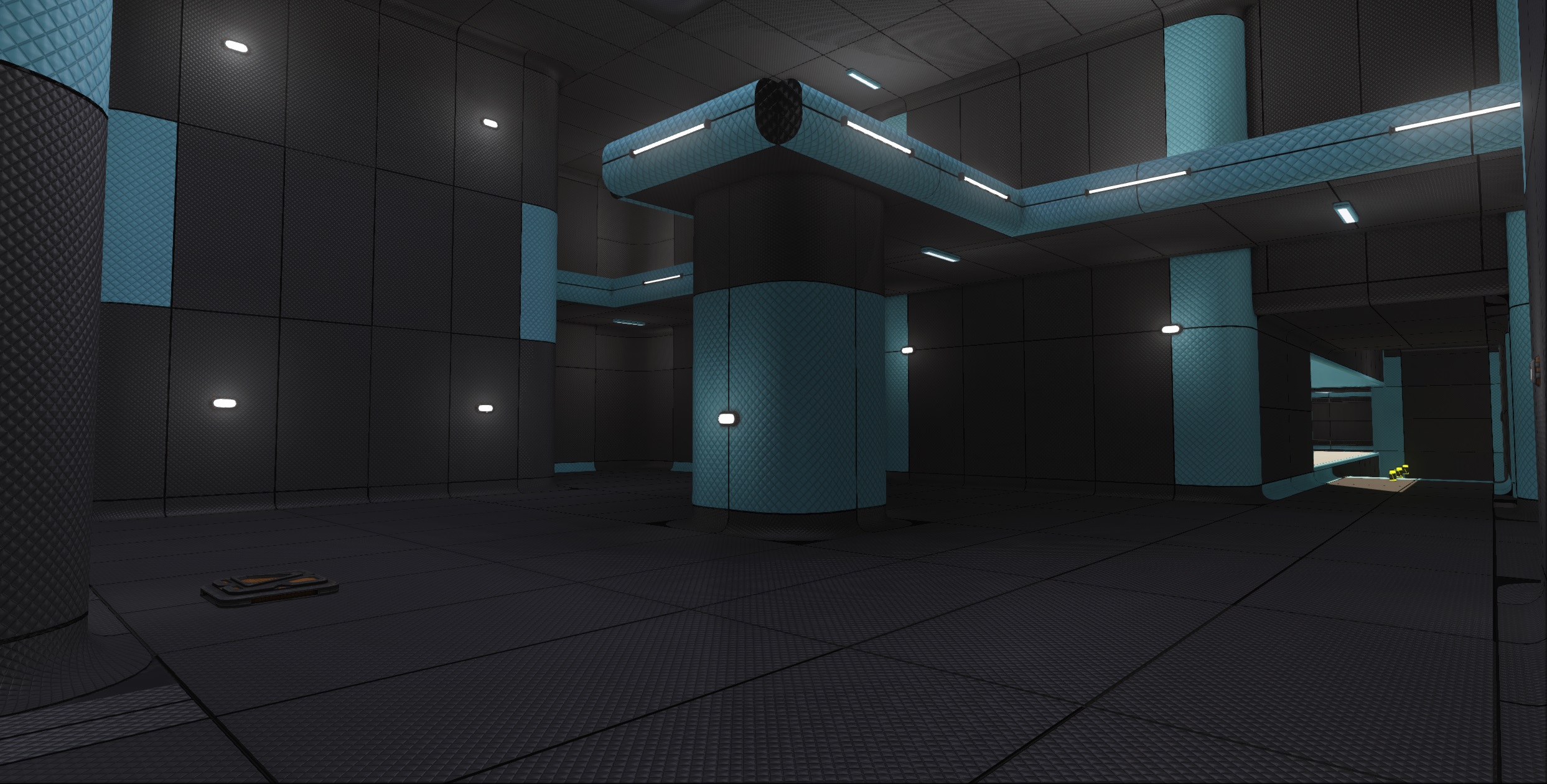 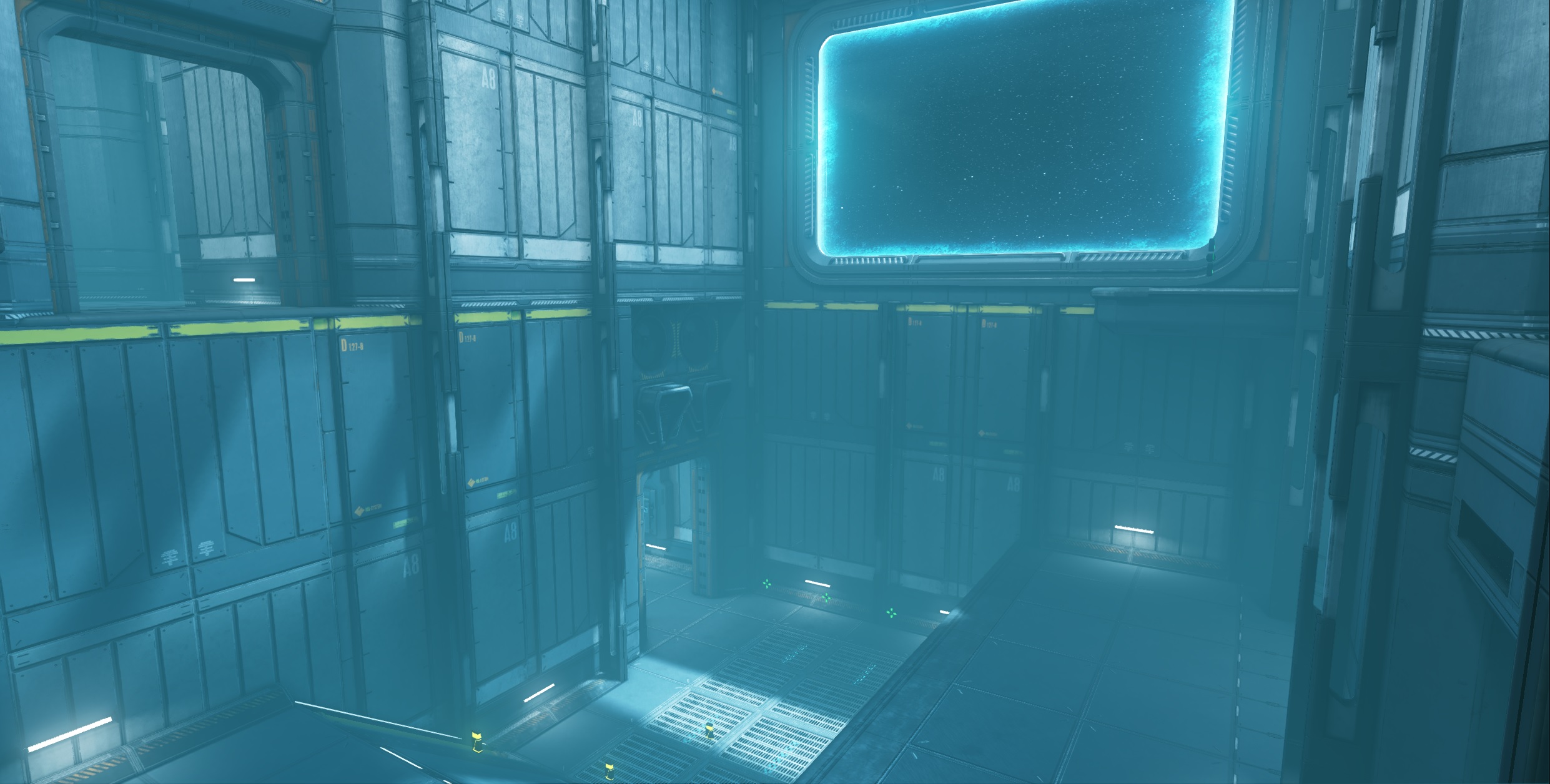 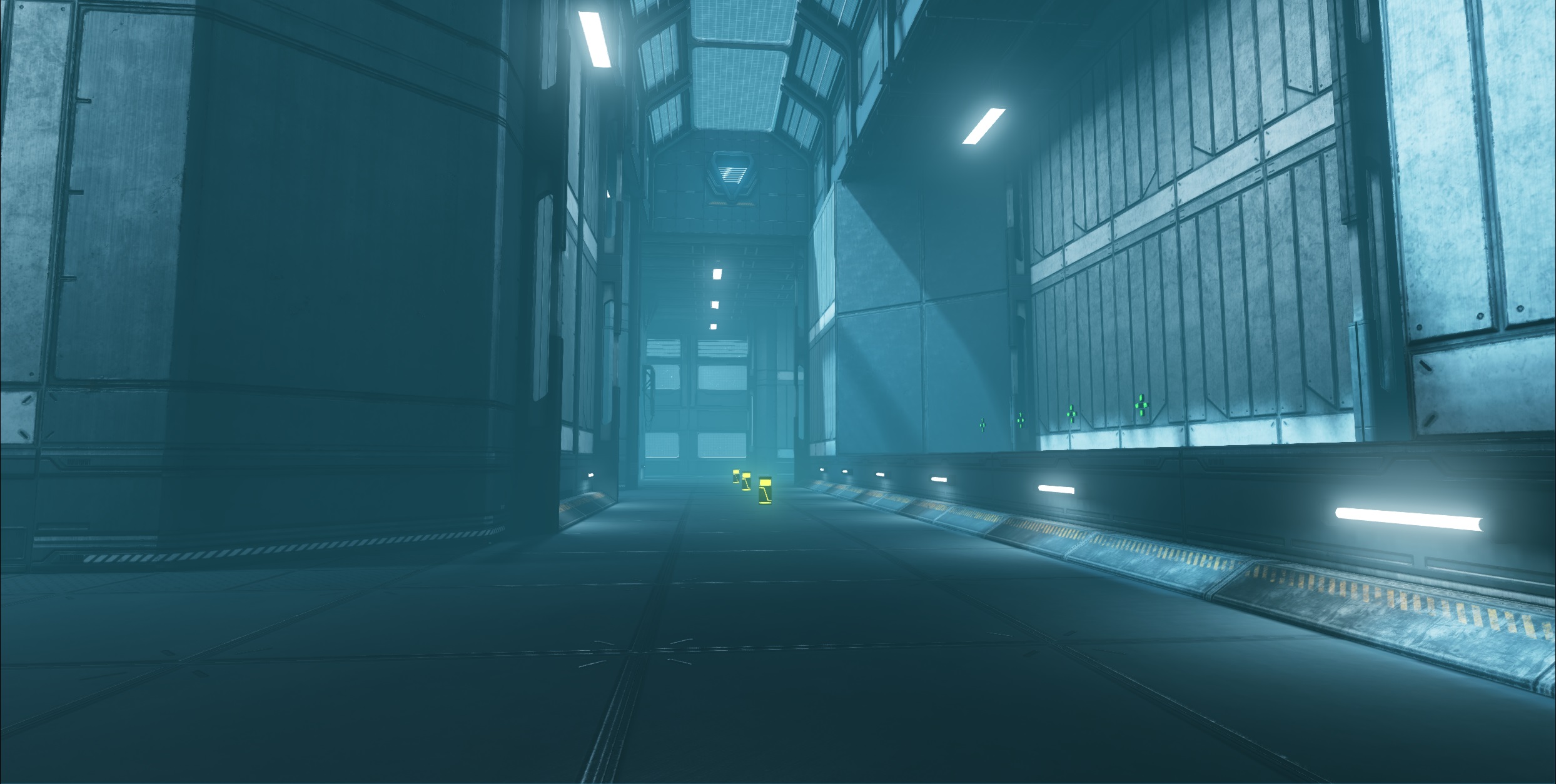 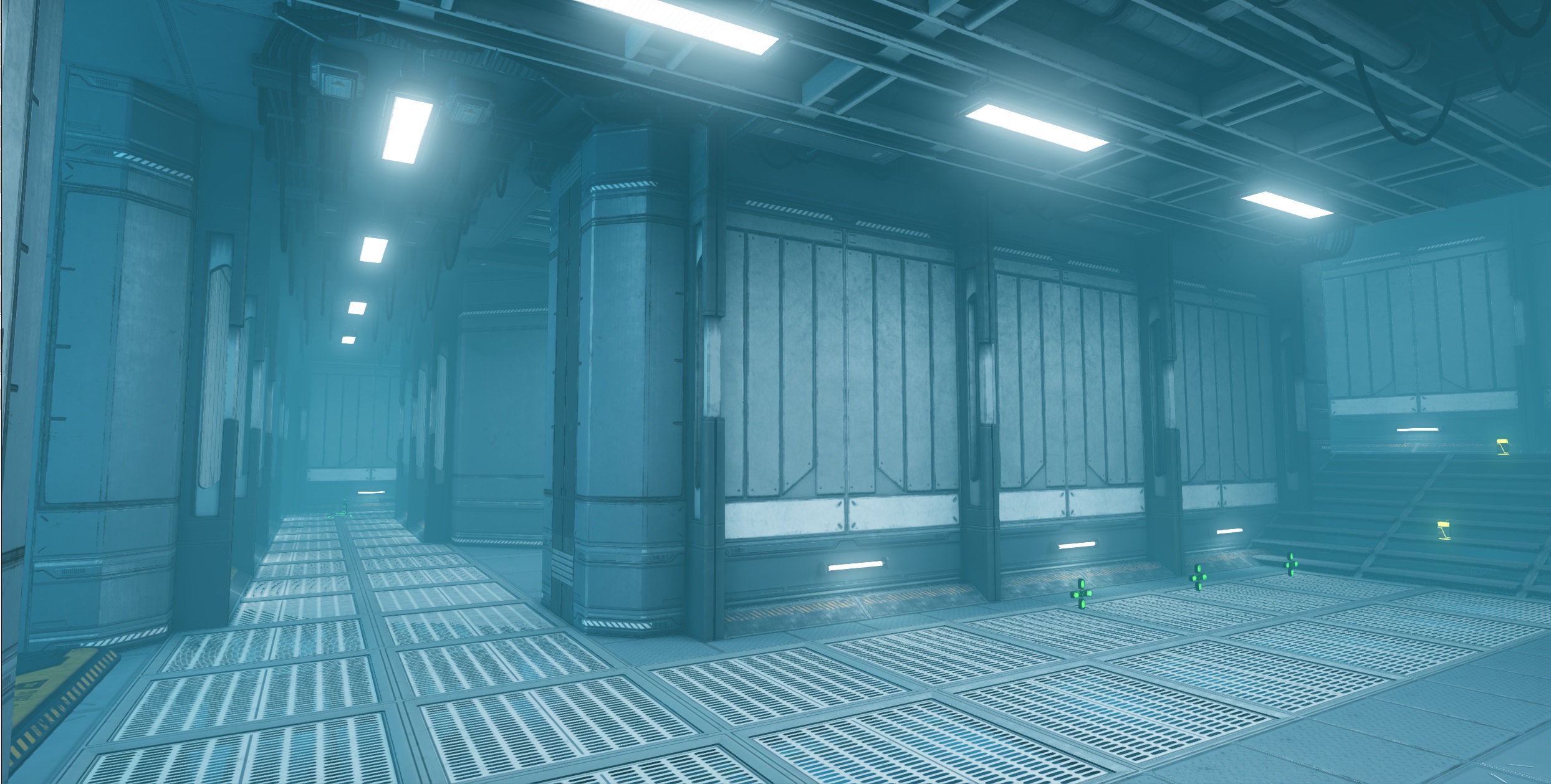 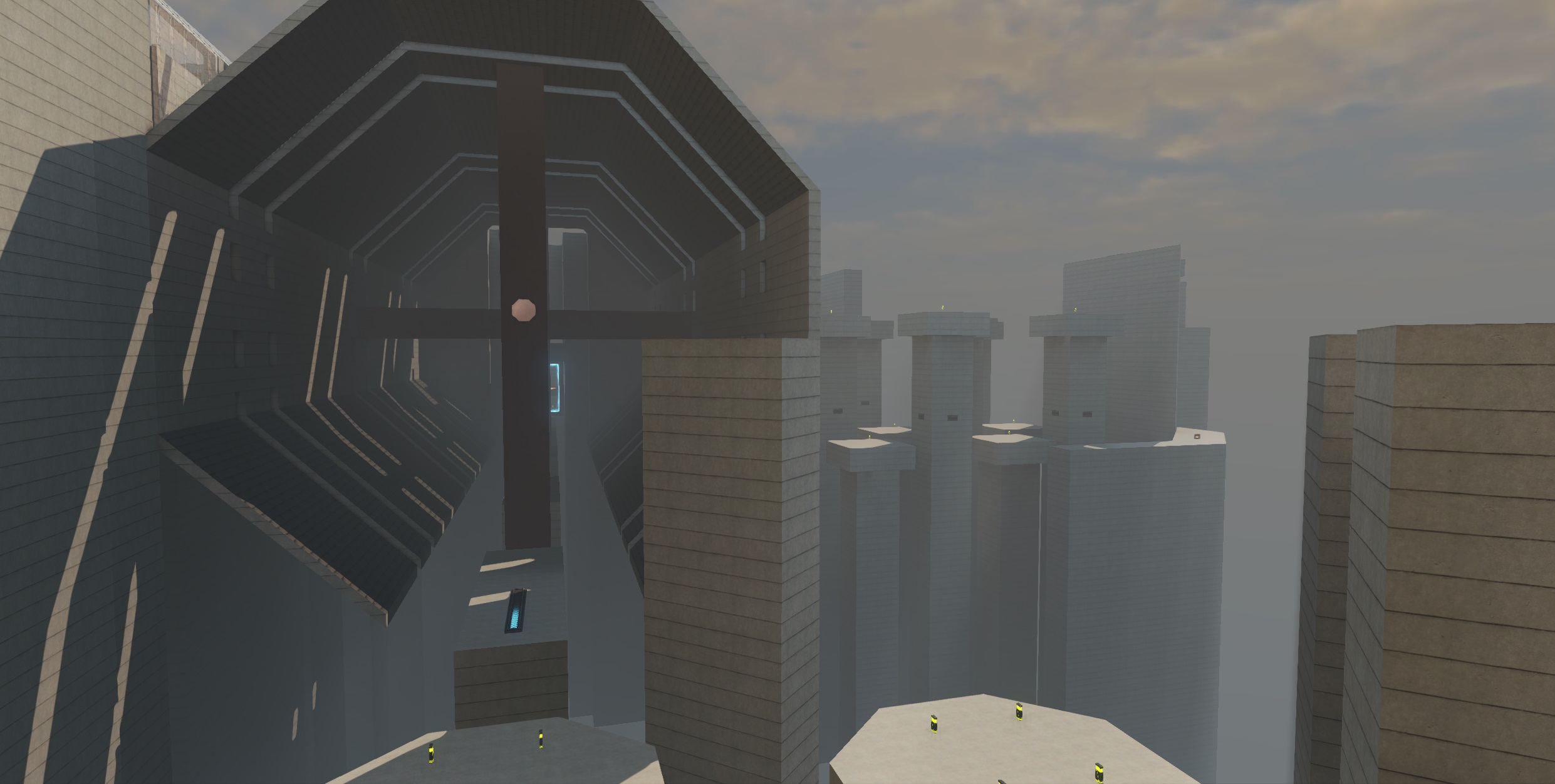 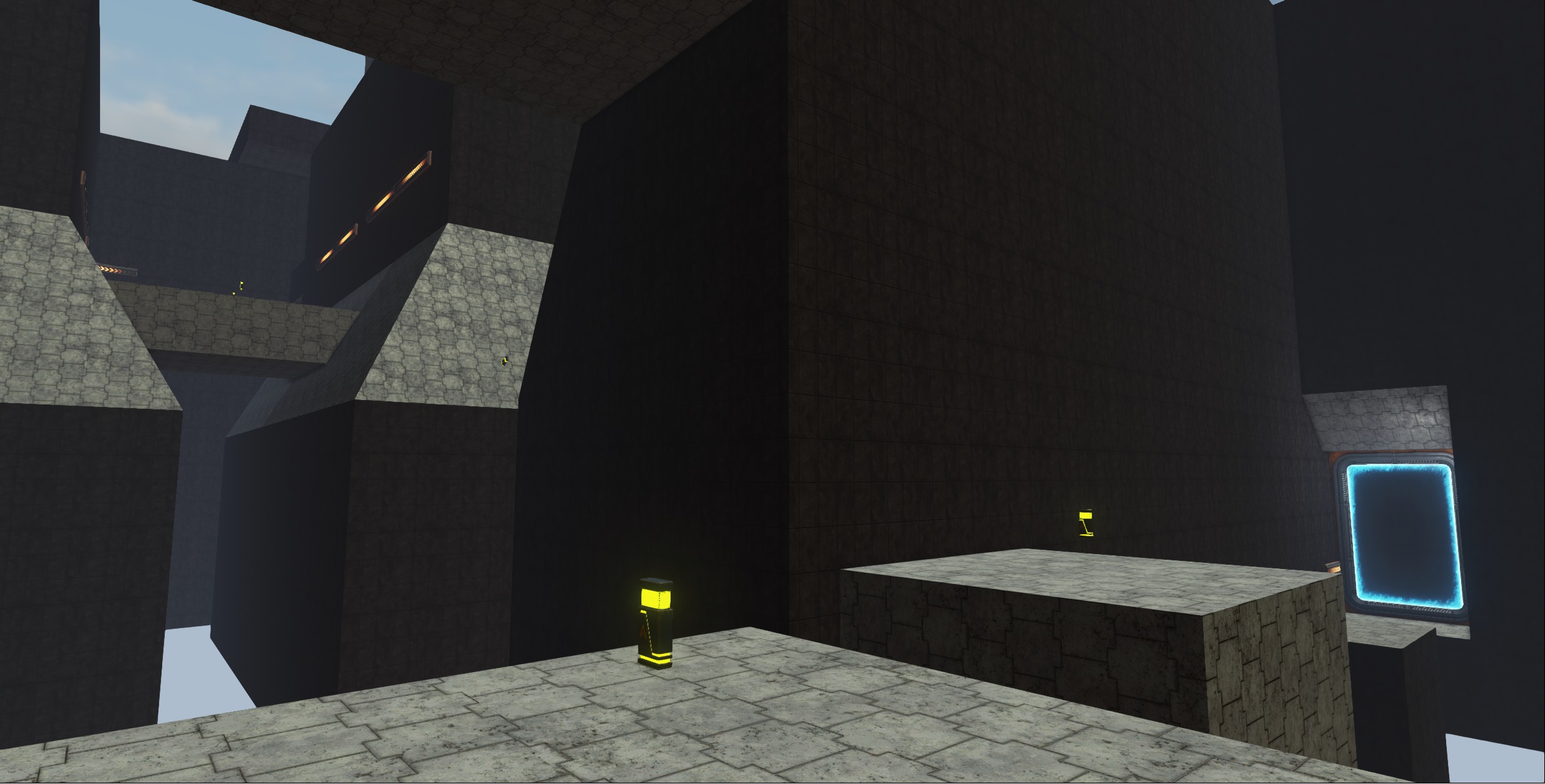 For those who want to create maps with the map editor included in the game and share them, we realized a series of tutorials here. We show you how to set up different types of light, movers, spawn points, and how to go about sharing your map on Steam Workshop. 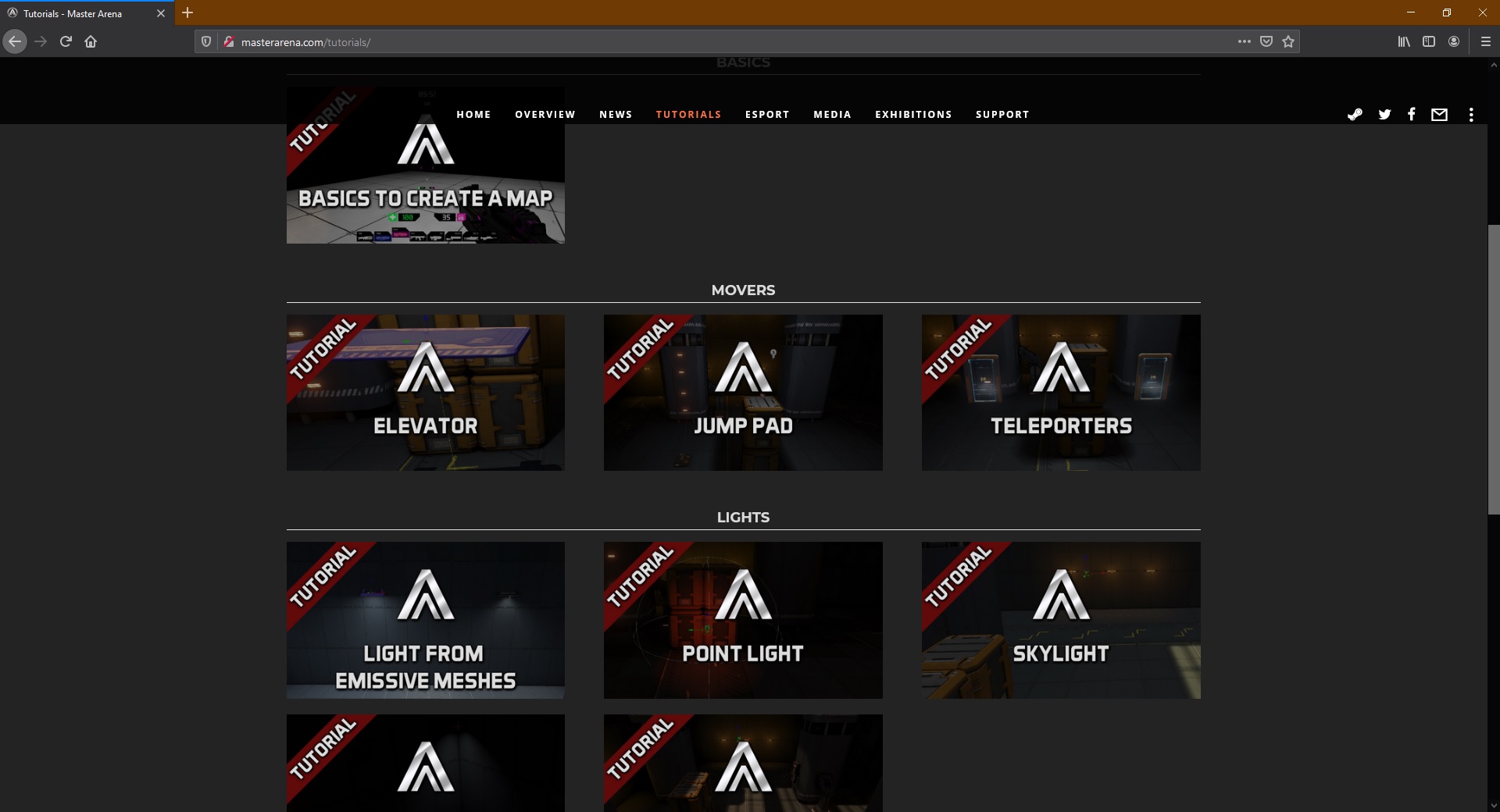 Other tutorials about how to set up your crosshairs and your HUD will be available in the next few days.

With this update, once you've downloaded Master Arena, you will be able to launch the game, the map editor and a dedicated server without needing to download anything else. Moreover, the next patches might be smaller because this update allows simple file replacement to fix bugs.

Here are the changes regarding weapons balancing:

You will find more details here.

The damage detection method is now faster and more precise.

Message from Dev_Jerem:
With this new balancing, the goal is to have adequate time to kill for each weapon. The next steps in the development will be the air rocket (which doesn't take into account the height of the player) and most likely an adjustment of the Shotgun.

The X-Ray for the friends has been added. From now on, you will be able to see your teammate through the walls (they will be in green).
For the spectator mode, this effect has just been updated for easier reading. 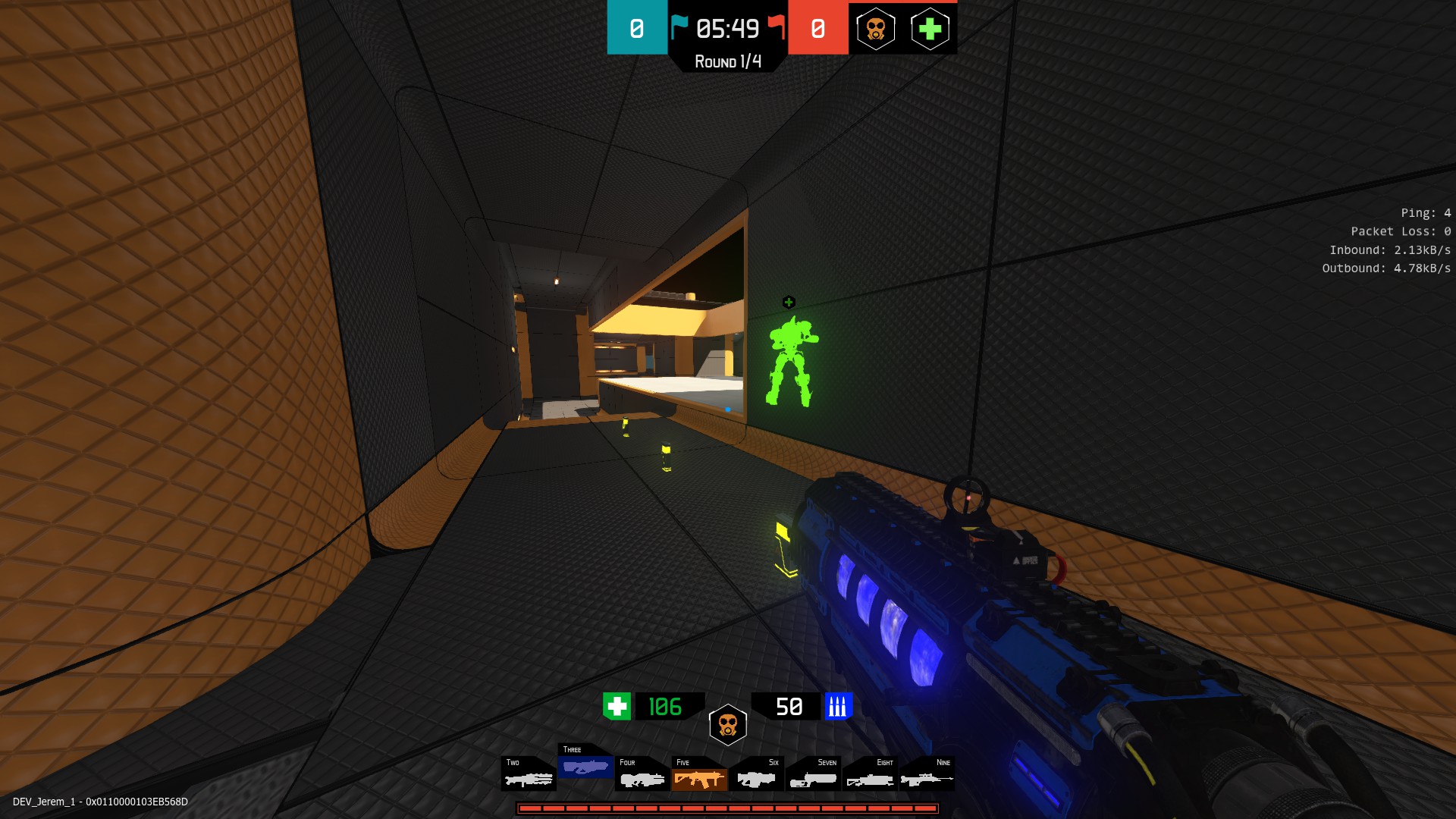 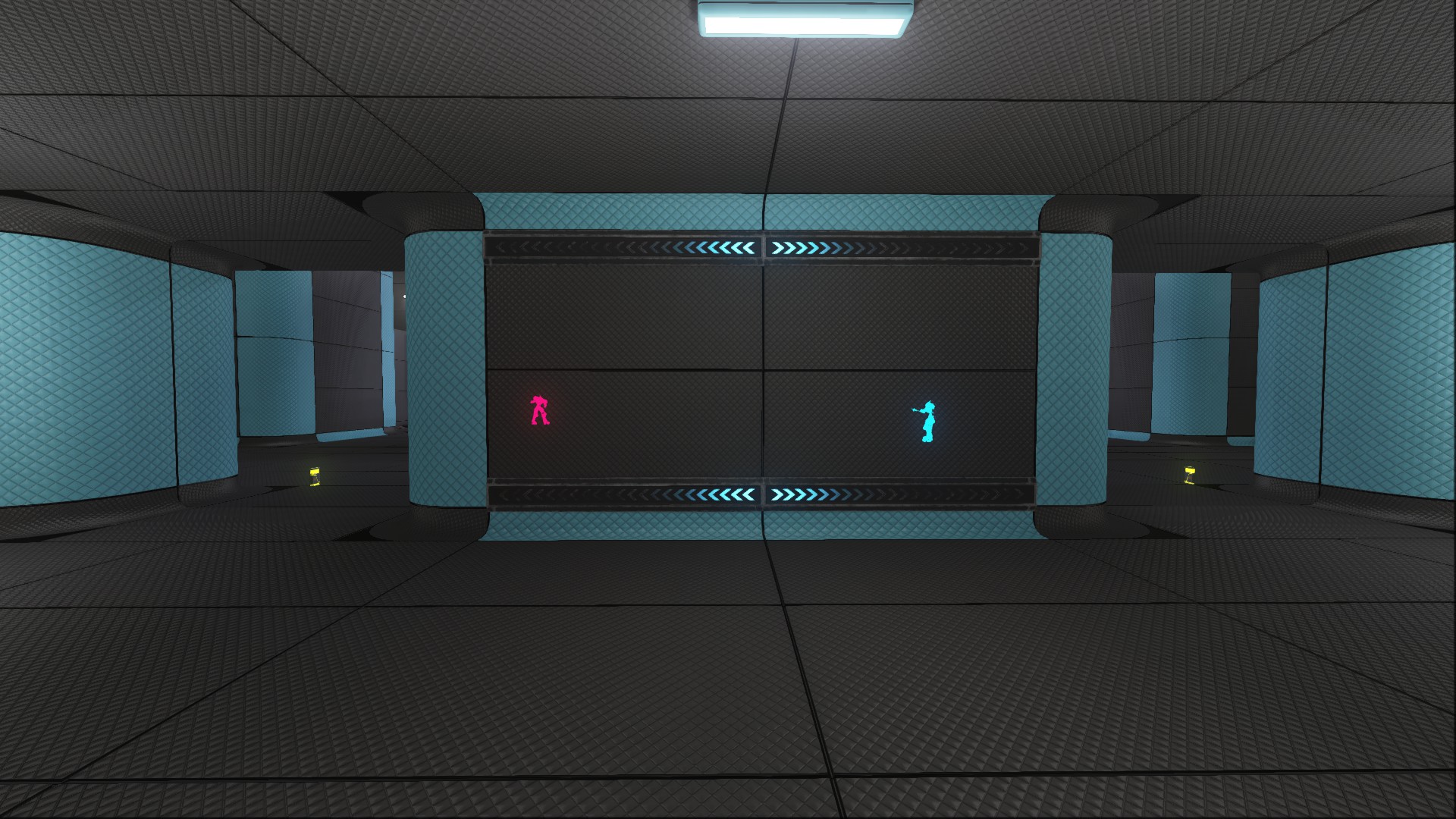 For those who want to create some maps, we tried to make the search for static meshes easier in the editor by adding tags.
First, the static meshes are sorted by type of environment (01 for a grey metallic one, 02 for a basketball type, and 03 for a white industrial environment).
Then they are by type which can be a wall, a ground, a light...
There can also be several tags for one static mesh. For example, in Environment_02, every static mesh is categorized by type (ground, wall, deco,...) but also by color (orange, red, blue,...) 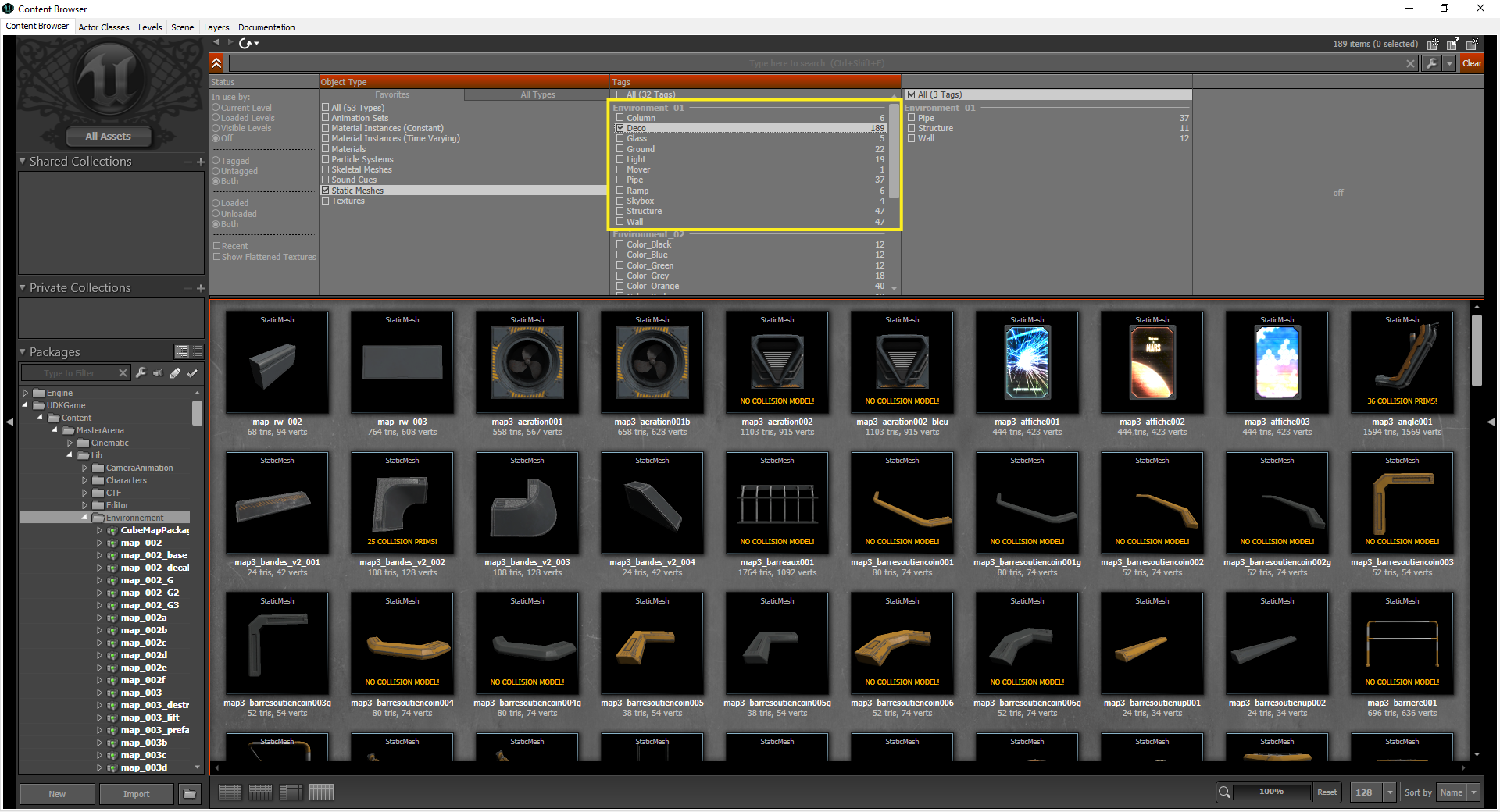 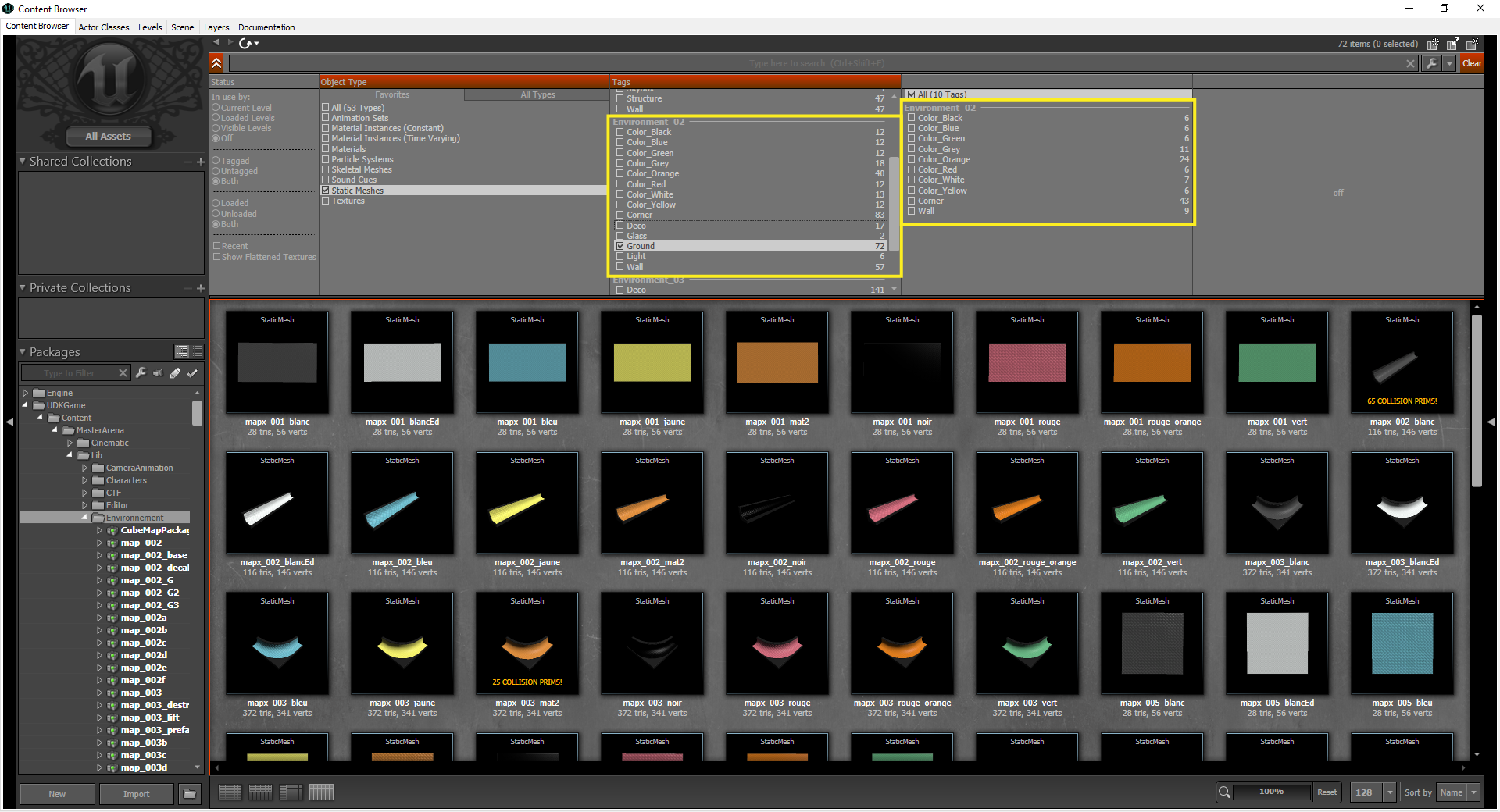 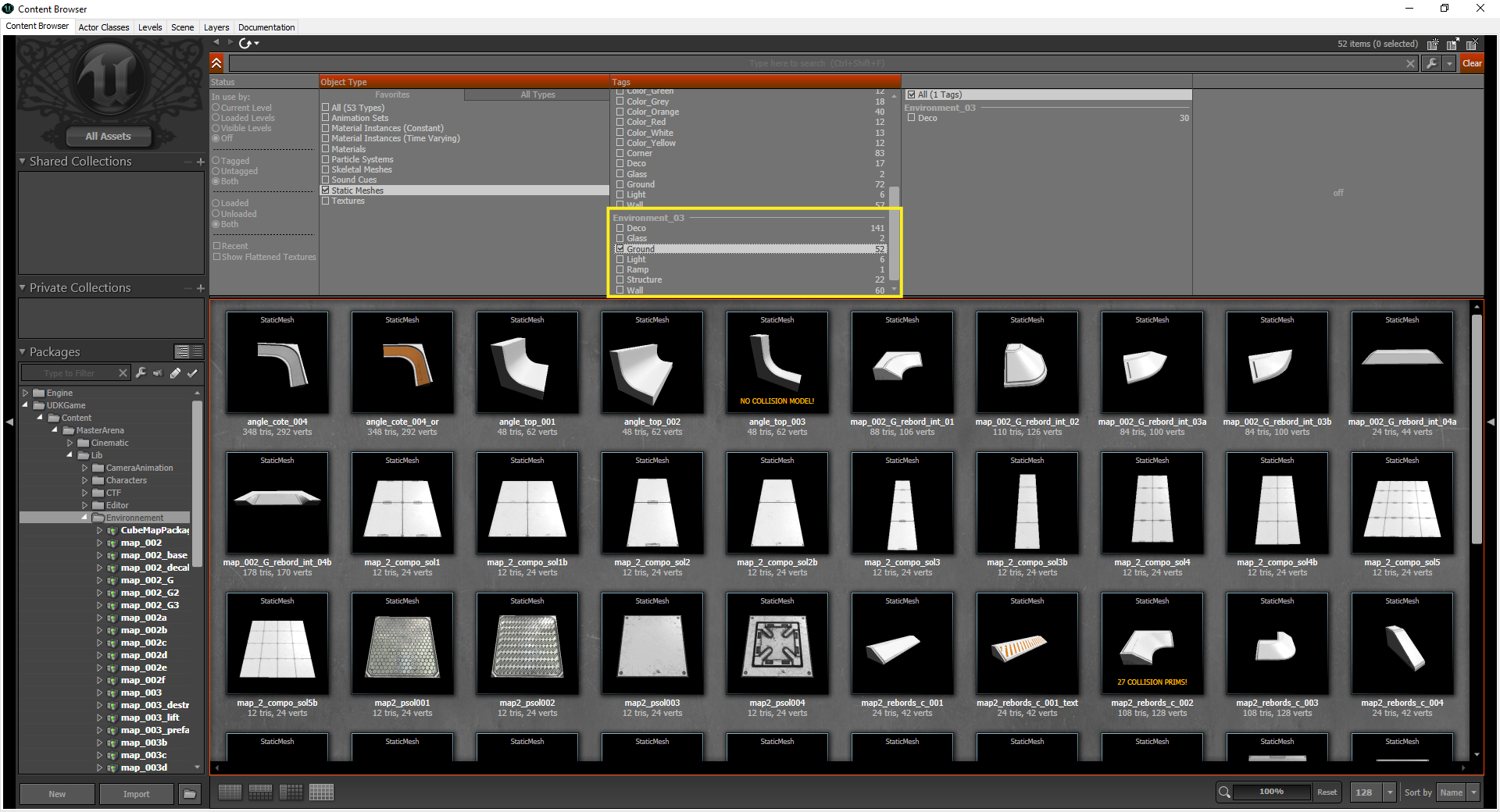 This update is important for us for some technical points. If you have any bugs, issues or suggestions, do not hesitate to discuss with us on discord. Feel free to invite your friends to join us, share and like on socials networks.