RSS S.t.a.l.k.e.r. with a gamepad/controller

Upd.02.2022: Gamepad configs now in Steam. Browse 'Community' configs for "Marksmanko" ones. Made for Dualshock 4, press 'Show other controller types' if using a different model. Launch Steam as admin.

📜 Here's a little guide on how to play Stalker on PC with a gamepad (Old).

🎮 Set up your controller in the program if not recognized automatically (Options tab => Game Controller Mapping). Before starting the game load a corresponding profile in AntiMicro. Profiles contain key bindings, they are saved as files with .amgp extension. Download: Drive.google.com

⚙️ The bindings were made using xbox 360 controller, Dualshocks and other models should work fine as well, certainly reduce thumb-stick dead zone (in AntiMicro) if you use one of those gamepads. 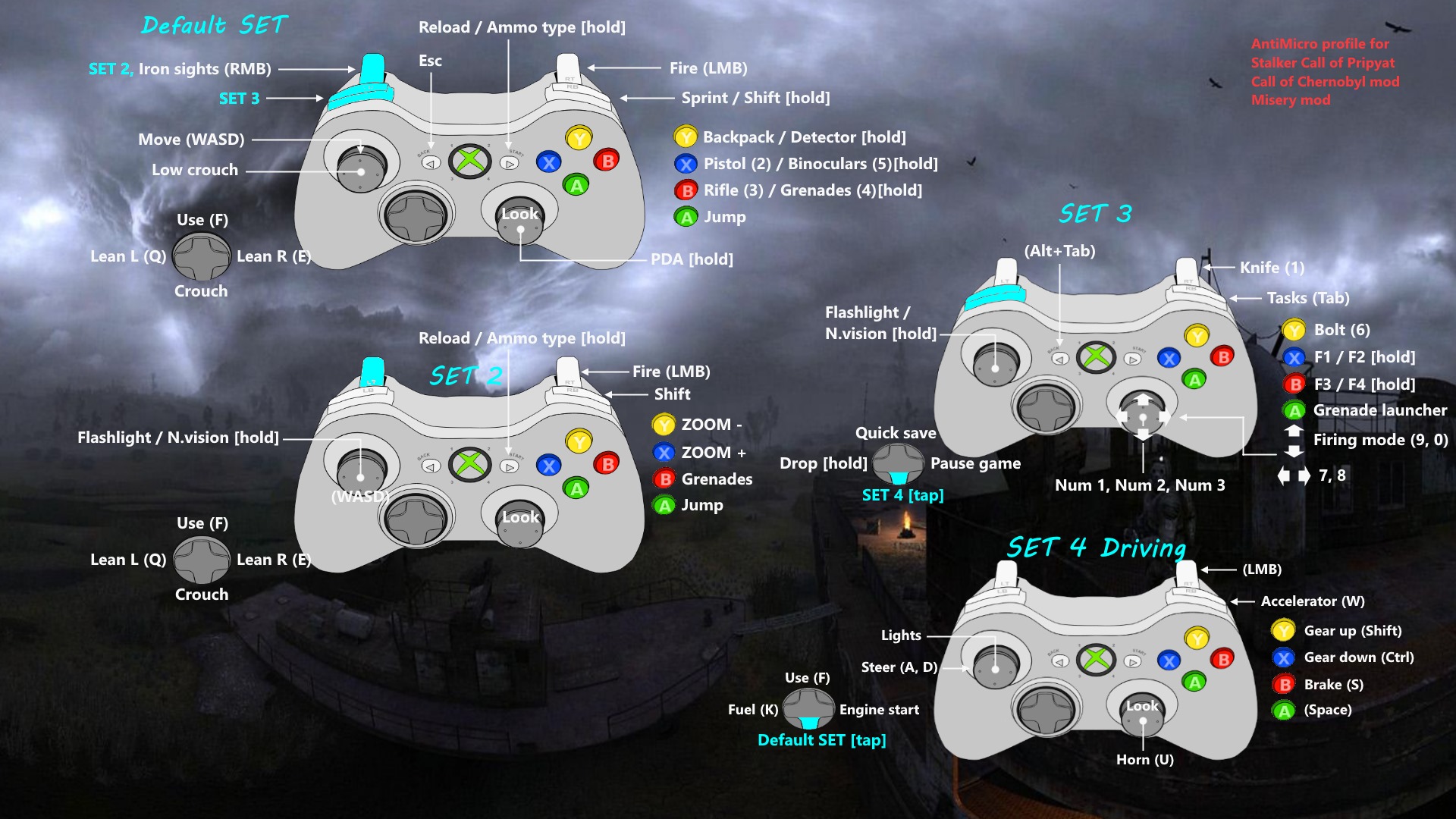 This is a profile for Call of Pripyat, Call of Chernobyl mod, Misery mod and similar mods: Drive.google.com

"Set 4 Driving" is for mods that have vehicles. 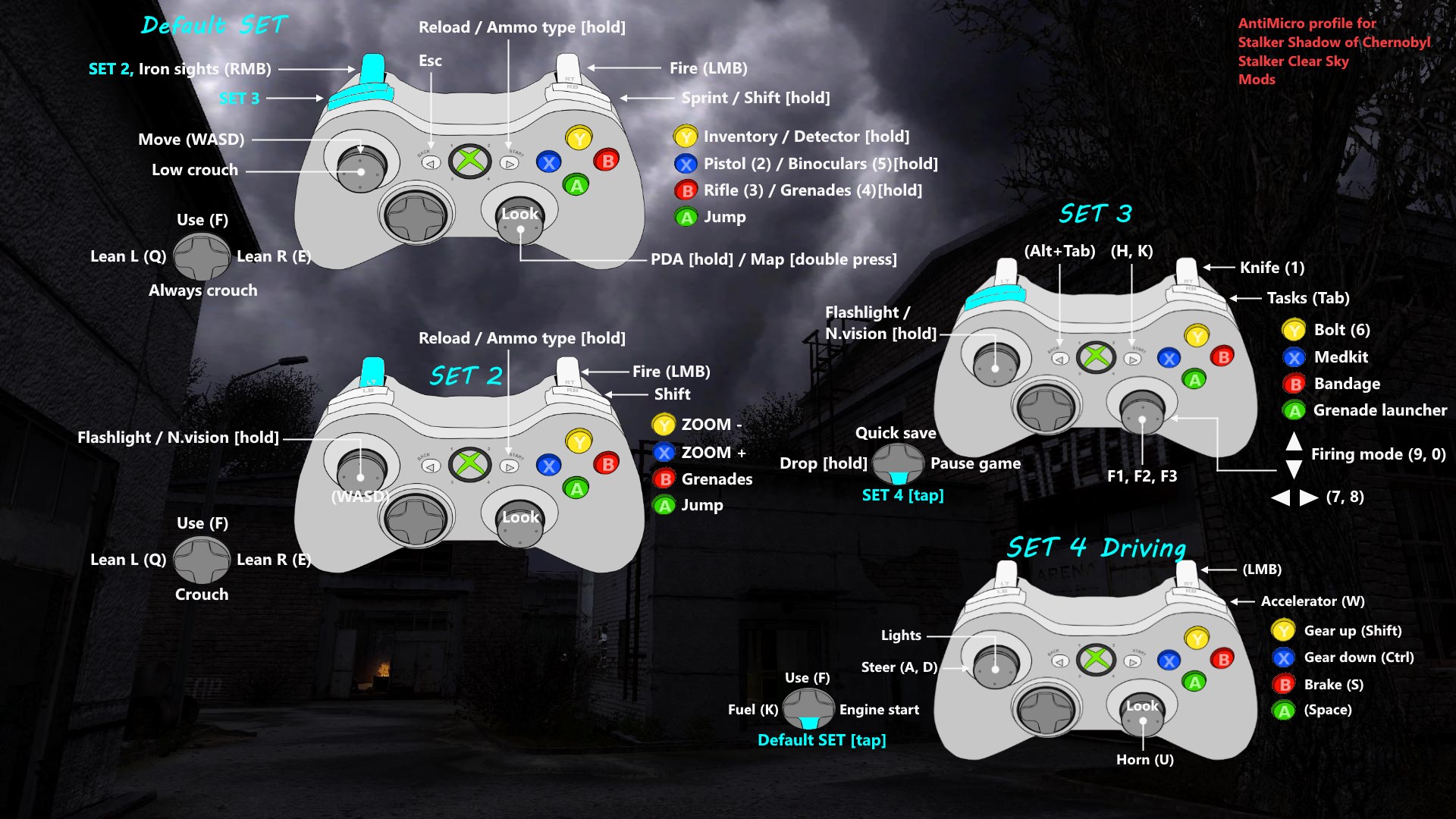 This is a profile for Shadow of Chernobyl, Clear Sky and mods: Drive.google.com

"Set 4 Driving" is for mods that have vehicles.

Thanks so much Marksmanko! Great to have the controller option. Just to say it didn't work initially for me in-game. I had to click on run as admin at the bottom bar in Antimicro, then all good. Thanks again. :)