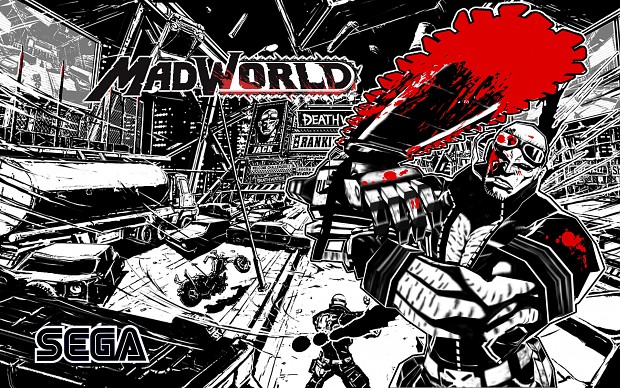 We all know it, the art of killing. featured in many games, started with pac man's death sequence, continued in mortal combats finishing move and brought to HD with bayonetta's elegantly torture attack. I was highly surprised to find the most brutal and bloody game on the Wii. If you want to see what i mean (It is brutal so only open the link if you can handle it) Youtube.com

To top it off the only color in this game is RED. The game uses the Wii mote and is in my opinion the best way to play it. Mad World wouldn't be so intense on other consoles since moving the Wii mote in the direction you want to break your enemies drags you much more into the madness than a button ever could.

If you are one of those individuals who enjoys finishing moves with lots of red juice in it than this game is worth to take a look into it. controls and gameplay is ok, story is boring. only reason to play it is for the blood.